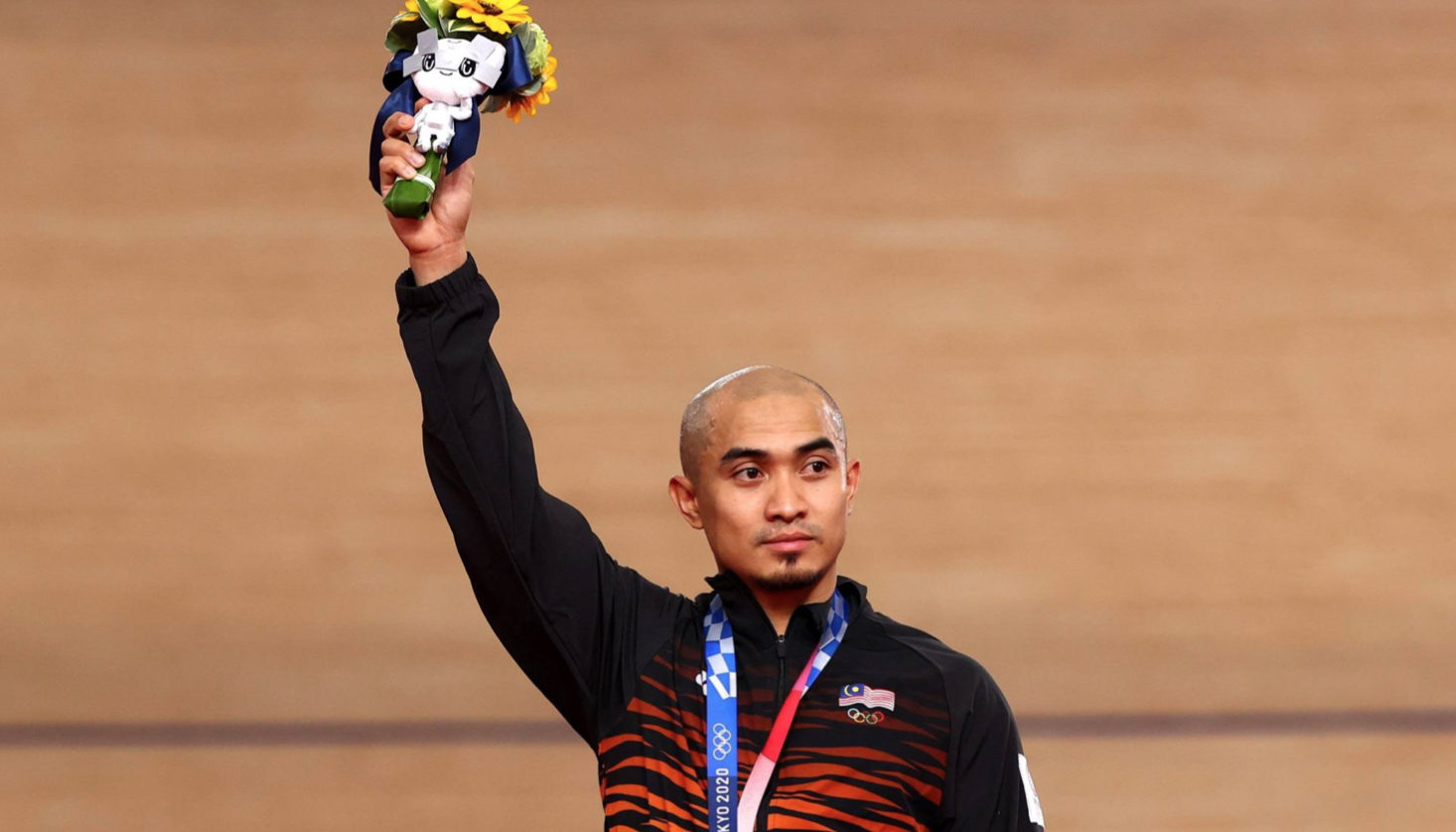 Malaysian track cyclist Azizulhasni Awang has won the silver medal for the men’s keirin at the Tokyo 2020 Olympic Games, bringing cheers to Malaysians in a time of Covid-19 darkness.

But he apologised after the medal ceremony, saying he was “very, very sorry.”

He was one of Malaysia’s athletes who had been earmarked for a gold in Tokyo.

Jason Kenny of Great Britain won the gold medal at the Izu Velodrome in Shizuoka, his fourth gold in the event since the 2008 Beijing Games.

Nicknamed the Pocket Rocketman, he had failed to qualify for the keirin final in Beijing, finished sixth at the 2012 London Games before winning his first Olympic medal – a bronze in 2016 in Rio.

Azizulhasni was among several Malaysian athletes who had been earmarked to win a gold in Tokyo.

The 33-year-old is the most decorated national track cyclist and the only Malaysian to have won Olympic medals in keirin.

This is what the Prime Minister said on Facebook.

This is what the leader of Keadilan Anwar Ibrahim said.

This is what the leader of the Democratic Action Party leader Lim Guan Eng shared.