“I really wanted to qualify for the finals”, says hurdler Marc Brian Louis after cracking national record in Nairobi. 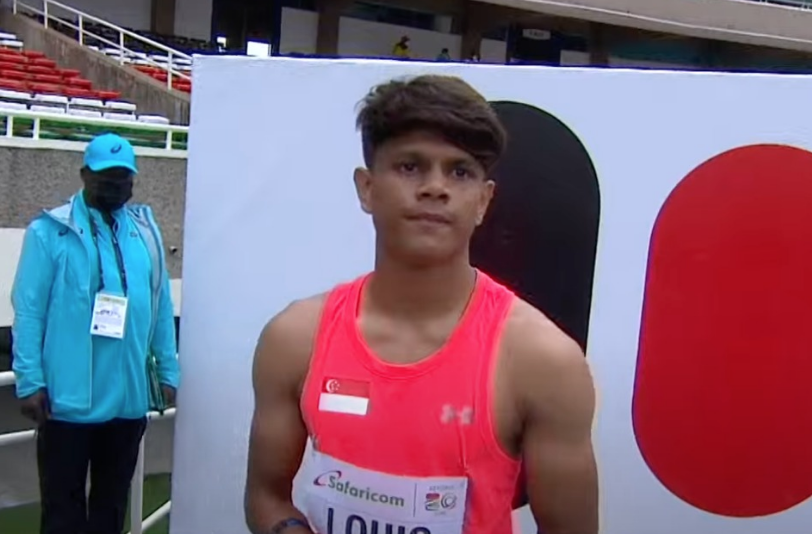 With a time of 13.77s, young Singaporean hurdler Marc Brian Louis broke the National Under-20 110m hurdles record and almost made the finals at the World Athletics U20 Championships in Nairobi, finishing fourth in his semi-finals in 13.83s.

But Louis who bore bib 542 at the World U20s was still not a happy camper.

In a WhatsApp response from Nairobi, he told TMSG that while he was feeling “good” after his races, he was not happy with himself.

“I really wanted to qualify for the finals,” he quipped.

“But overall, it was good.”

In the semi-finals, Louis was ranked 11th after clocking 13.83s.

He missed out on the final. with only nine who are taking part in the finals. (see image below)

It is not known why Nigerian Ekporere Oghenemine made the final, even though his time of 15.70s was slower than Louis in the semi-finals.

Louis was also the only Southeast Asian youngster and was one of three Asians who made the semi-finals.

Hong Kong’s Cheung Siu Hang and Qatar’s Saeed Othman Alabsi were the other two Asians who made the last 14, with both taking part in the final on Saturday, 21 August.

Louis’ timing of 13.77s in his heats erased Chong Wei Guan’s record set at the same championships in 2018.

The youngster, who was Singapore’s sole athlete in Nairobi, had gained entry into the event on a universality place.

Louis is currently also the holder of the national U18 hurdles record, and was Singapore’s first Asian youth champ in the 400m hurdles.