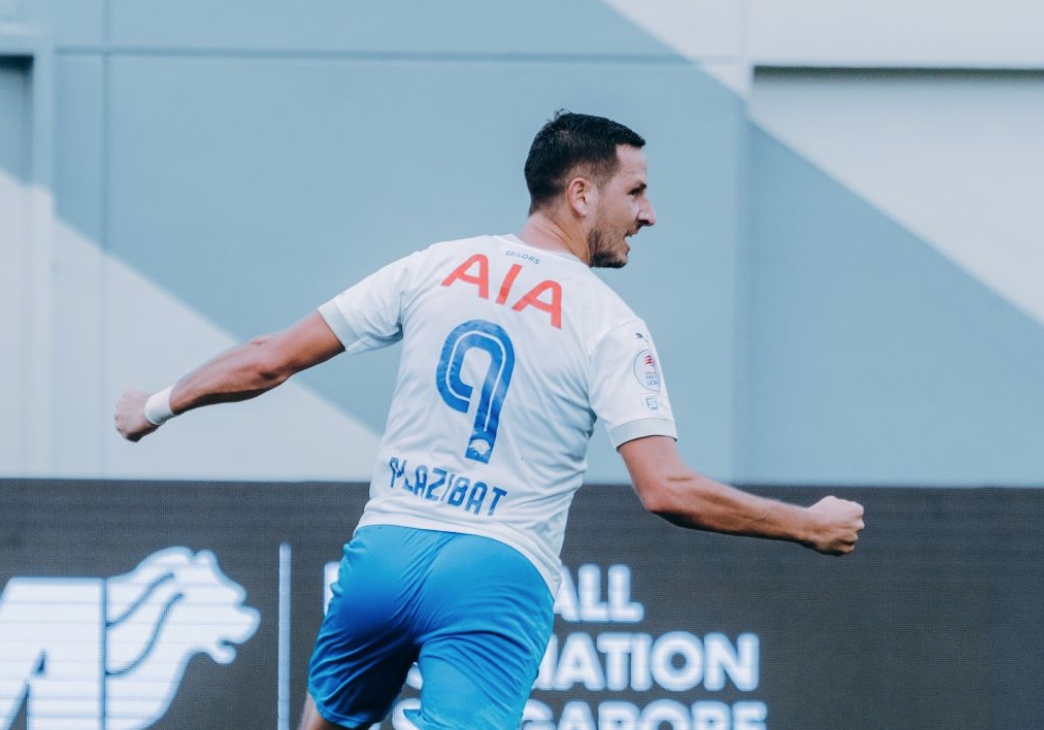 The club announced on its website that the 32-year-old Croatian will leave the club in December with the “club deciding to go in a different direction ahead of the 2022 season.”

Rightfully regarded as one of Singapore’s top hitmen in the league over the last few years, it is not known what’s his next step as a footballer.

A journeyman, Plazibat has represented clubs in Singapore, Croatia, Japan and Thailand since 2008.

He joined the Lion City Sailors in 2020, but was part of Home United in 2017 before moving on to join Bangkok Glass.

“I am proud to have been part of this new and ambitious club, and that I was able to play a vital role in achieving our first league title,” he said in the story posted on the Sailors’ website.

“My target was winning trophies with the club, and we managed to do it this year.

“Winning the SPL title has undoubtedly been the highlight of my time at the Sailors.

“On an individual level, I won the golden boot last year, I was in the SPL Team of the Year for the past two seasons, and I believe that I have become more mature, both on and off the pitch.

He said that he has achieved the goals that he set for himself when he first joined the club.

Plazibat did say that the most likely next step for him is to play away from Singapore, but does not rule out playing for another SPL club.

“My next move depends on what opportunities I receive, and most probably that will come from abroad.”

“But never say never – I may still stay in Singapore yet.”