Women are rallying behind NOC CEO Sylvia Chan after tell-all interview with Xiaxue. 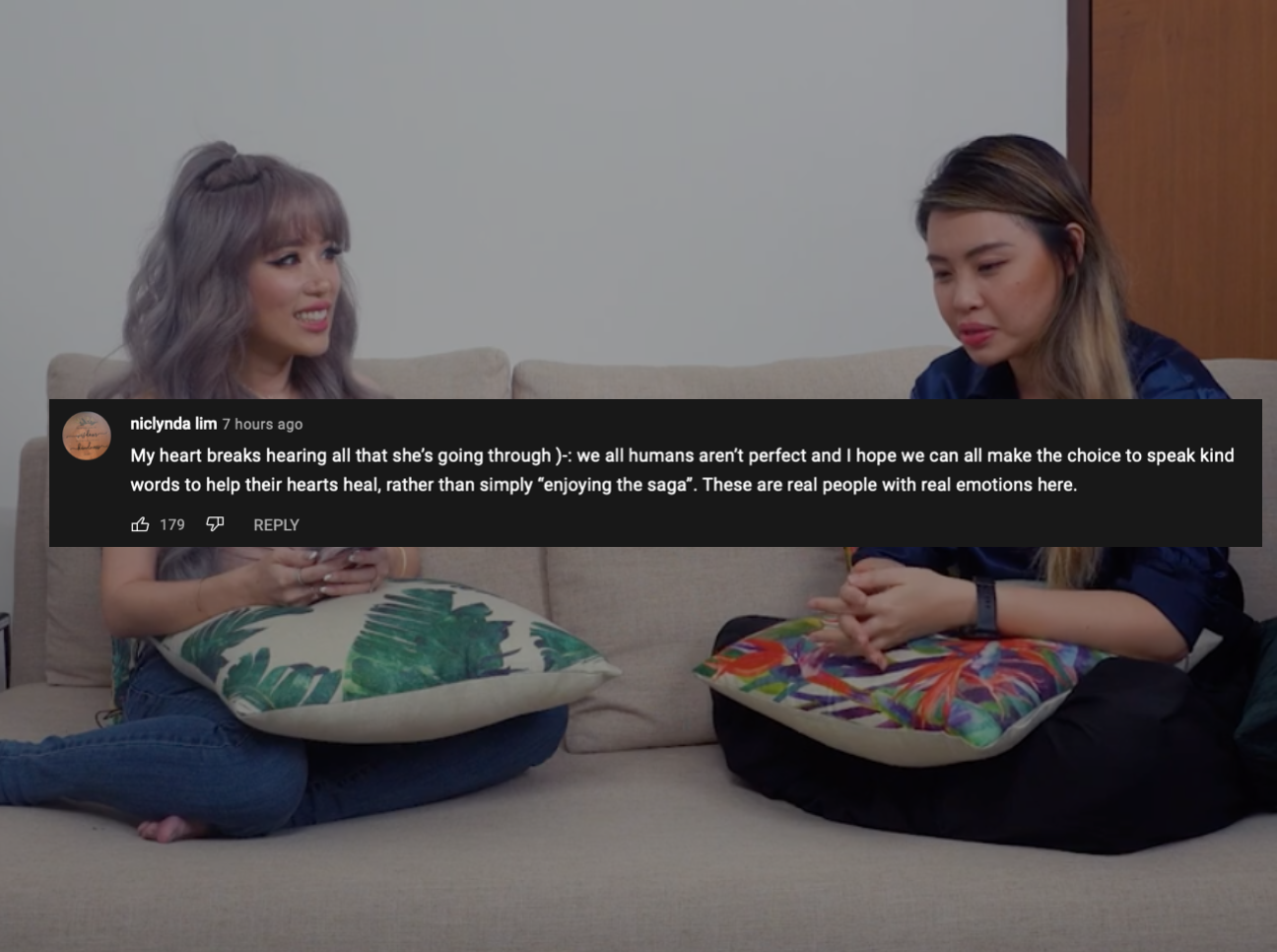 Many women have showed support for Night Owl Cinematics Chief Executive Officer Sylvia Chan after her interview with the mother of all influencers Wendy Cheng, also known as Xiaxue.

The video which dropped on 24 October on Xiaxue’s Youtube channel just when fans were getting ready for the drama to unfold at Old Trafford, has already been viewed more than 446,000 times.

In the tell-all interview, Chan shared her innermost thoughts and attempted to illustrate how she was the target of a vicious campaign while in the midst of a legal battle to split the company’s assets.

Chan also addressed infidelity in the marriage, and revealed she was never unfaithful while they were married, but the same could not be said of Tan.

She also shared how she put up a front just to keep up the facade of them being a power couple.

Comments by women on Xiaxue’s Youtube indicate sympathy for Chan, with the spotlight now on Tan and his behaviour.

There were also viewpoints from other commenters.

There were also some questions which the some of the people who appear to be involved in the saga need to be upfront about.

Social justice warriors Wake Up, Singapore have also put up multiple posts over the last few hours following the interview.