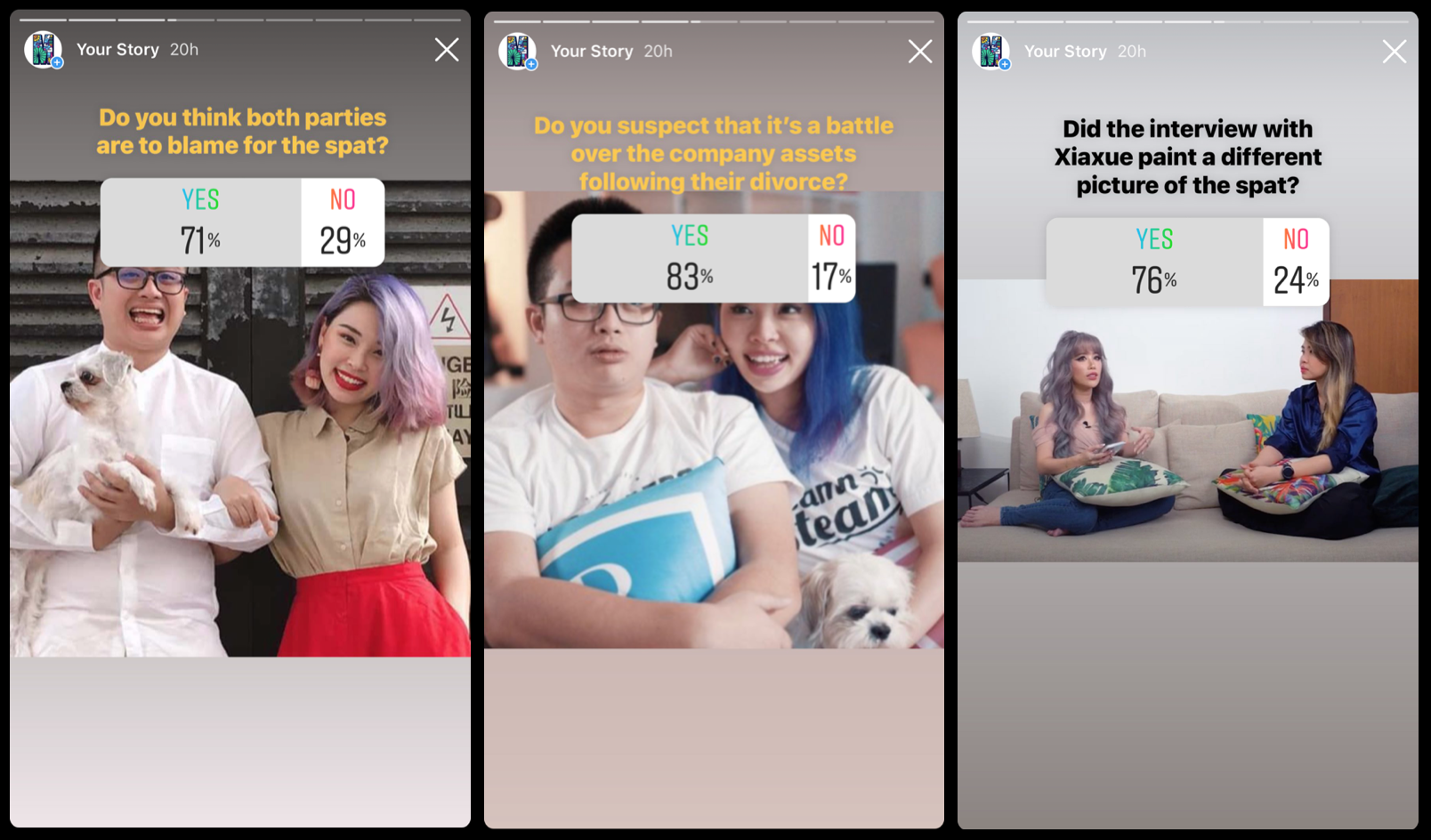 Night Owl Cinematics CEO Sylvia Chan has made yet another public apology.

On 25 October, Chan put up an apology of her Instagram account @sylsylnoc which appears immediately after her first apology which was posted on 13 October.

The apology was barely five paragraphs long, and has been liked more than 33,000 times.

She said that she was “fully cooperating with workplace related authorities” and that she would be “accountable for my actions”.

“I hope I will be be given a chance to work on myself to become a better person, a better leader.”

Just a day prior, Chan had granted Youtube personality Wendy Cheng aka Xiaxue in a tell-all interview.

The video has since been viewed more than 986,000 times since it dropped on Sunday at about 10pm.

An Instagram story poll conducted by TMSG also showed that respondents believed that the spat between Chan and her ex-husband and NOC co-founder Ryan Tan was a battle over the company’s assets.

76% of the respondents also said ‘yes’ when asked if the interview with Xiaxue had painted a different picture of the dispute between the NOC founders Chan and Tan.