Young Lions smashed 5-1 but finish in second spot in the table. 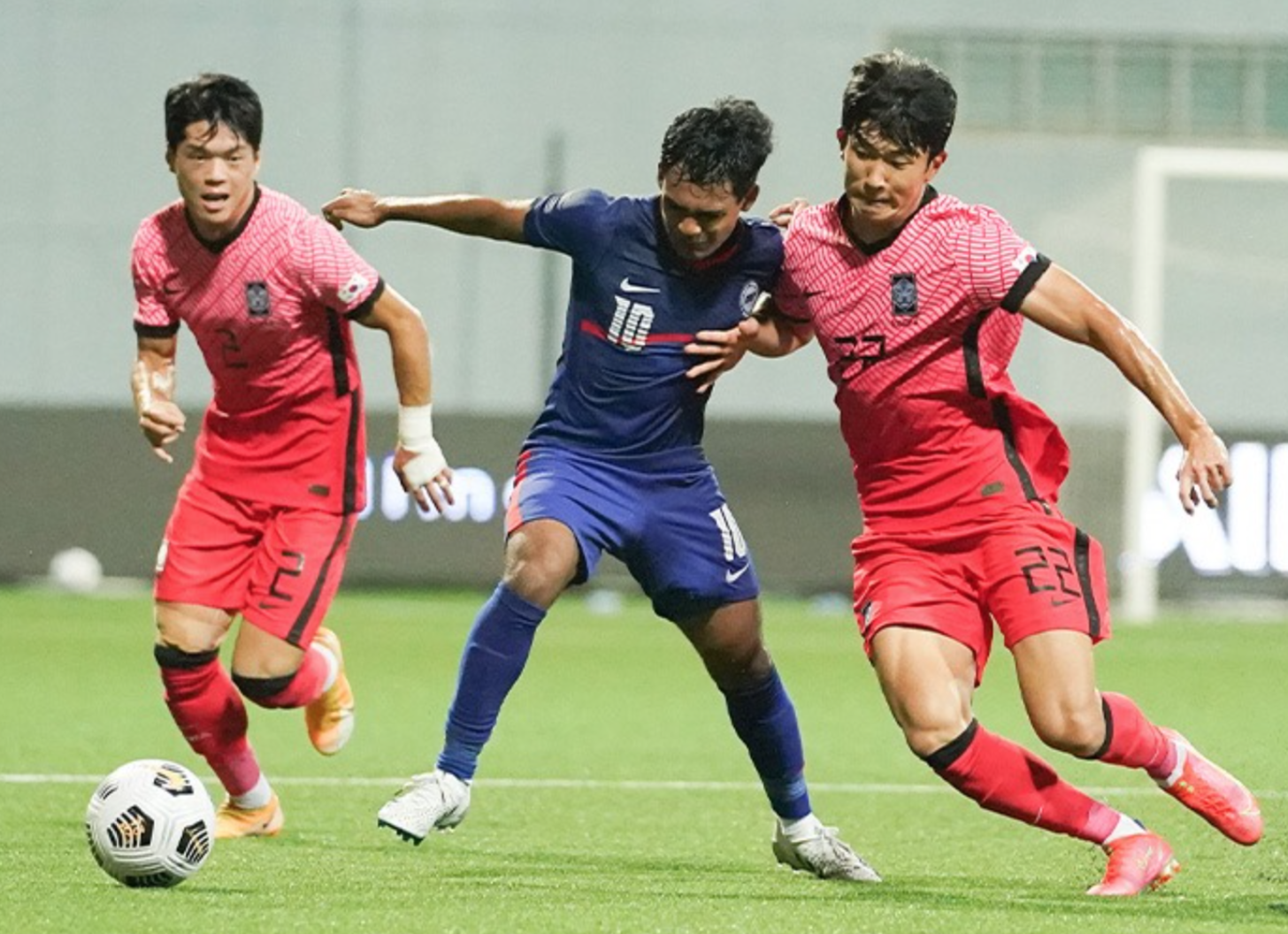 The Young Lions were outclassed by Korea Republic in their Group H Asian Football Confederation U23 Asian Cup qualifiers held at the Jalan Besar Stadium on 31 October.

It was a sorry end to Nazri Nasir’s boys hopes of qualifying for the U23 Asian Cup in Uzbekistan next year.

The Koreans, who were already sitting at the top of the Group H standings before the match up against Singapore, did not give an inch and went for the jugular from the word go.

It was barely three minutes into the match that they went a goal up, and added three others before the first 45 minutes were up.

The goal rush continued after the restart with Choi Jun making it 5-0 to the Koreans after the breather in the 50th minute.

That was when their goal scoring spree ended.

Instead, it was Singapore’s turn to get themselves on the score sheet, with a well taken goal from the leftback of all people in the 57th minute when Nur Adam Abdullah’s shot and lob from outside the box found its way into the back of the net.

The goal brought the Singapore fans to their feet, and ensured that the Young Lions walked away from the match with some pride.

The Singapore side ended the qualifiers in second spot behind the Koreans.

In the end, it was Singapore’s opening draw against Timor-Leste which probably would cause it a decent chance at qualifying final tournament.