Harry Birtwistle took Singaporeans for a jolly ride over the last 48 hours. 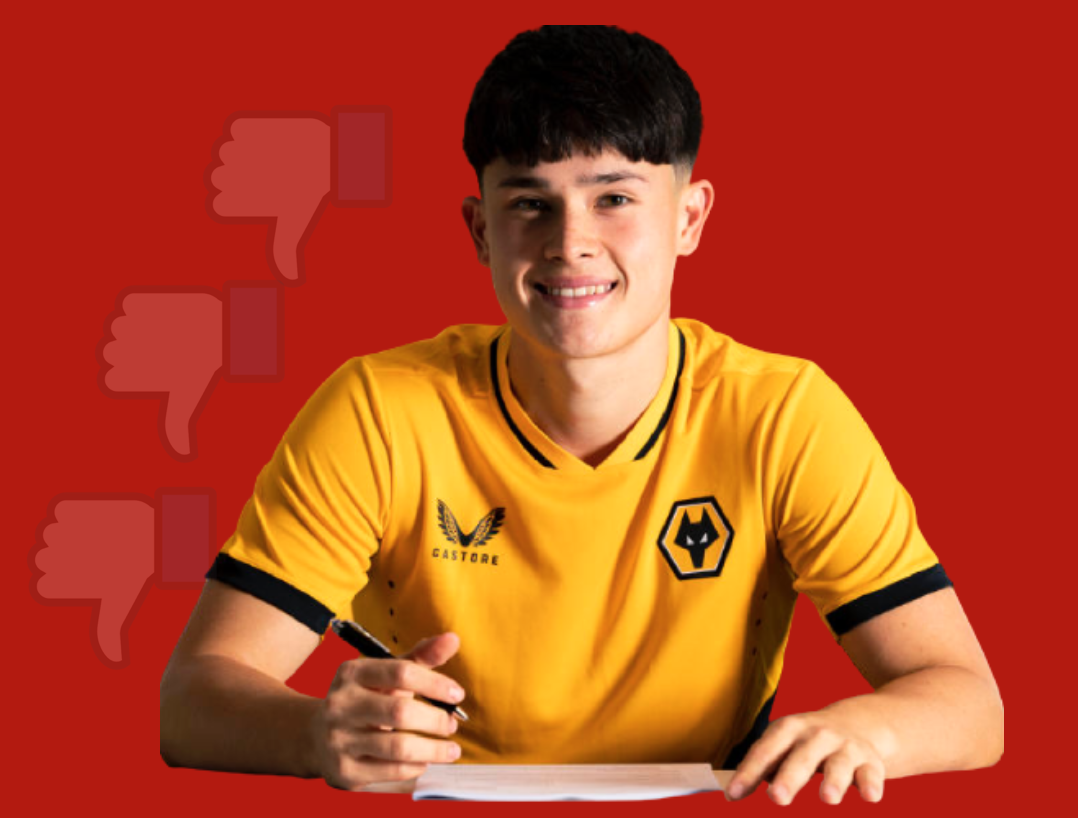 It is inexplicable the path taken by Harry Birtwistle (and presumably his minders) to make a major announcement about his signing of a professional contract with Wolverhampton Wanderers on 27 October.

By arranging a media song and dance, and by giving an impression that the 17-year-old Birtwistle would still be keen on representing Singapore, Birtwistle unfortunately took football fans and the general public for a ride.

Especially when he (and his parents) had already made a decision to renounce his Singapore citizenship.

On 29 October, in response to media queries, the Ministry of Defence said that Birtwistle’s parents had applied to renounce the young footballer’s Singapore citizenship.

Why this was not revealed to the media during the interview is not known.

Whether Birtwistle himself was aware is also unknown as he said during the interview with the Straits Times that he was “open to anything, but right now I’m putting all of my focus to my club” when asked if he was open to representing the Singapore Lions.

He also did not mention if he had been called up by the Football Association of Singapore (FAS) to turn out for the U22 side at the current Asian Football Confederation U23 Asian Cup qualifiers.

Maybe it is because he was not asked, because the FAS will have the answer to that question.

He had also said in a statement that he was “so honoured to be standing here today as a Singapore-born professional footballer at a Premier League club” and that he hoped that “this can inspire others after me who don’t believe they can do it.”

But doing that would mean they would be breaking the laws, son.

MINDEF said its statement that Birtwistle’s applications to renounce his citizenship “were rejected as renunciation should not be used as a means to evade NS (national service) duties.

“In his family’s correspondences with Mindef, they had stated that Birtwistle will not be registering for NS.

“Since then, Mr Birtwistle has failed to register for NS as required” and that he was “staying overseas without a valid exit permit” thereby meaning that the boy has “committed offences under the Enlistment Act.”

Birtwistle would not be the first footballer to break ranks with MINDEF and look to renunciation of his citizenship with the first in recent years being Ben Davis, who signed a pro contract with Fulham in 2018.

He now represents Thailand, and is on the field with League One side Oxford United, England’s third tier.

Football fans and members of the public are divided over the revelations by MINDEF over Birtwistle’s status.

SLAP IN THE FACE FOR UNLEASH THE ROAR

While TMSG takes a position that the Birtwistles should have been upfront with the media about the young Harry’s current citizenship status and what was happening with MINDEF, what has transpired over the last 48 hours shines a spotlight on the Unleash the Roar project announced by Culture, Community and Youth Minister Edwin Tong in March this year.

As a follow up to the announcement in Parliament, Football Association of Singapore Vice-President Bernard Tan suggested on 17 March 2021 during a media conference that the FAS “will look at all possible foreign players that have affiliation to Singapore” including players from the diaspora who can represent Singapore.

“They don’t have to play in the SPL (Singapore Premier League), but they can play for the national team.”

When pressed whether citizenship rules would deter players from wanting to play for Singapore given the limitations, Tan said, “For that part, it’s within our control under Goal 2034, we’ll look at the approach.

“Of course, we work with the laws governing our country, but so long as basically it’s left to some subjectivity, we can obviously push it.”

Early days still, but looks like Tan and his rather silent Unleash the Roar team have a challenge on their hands.