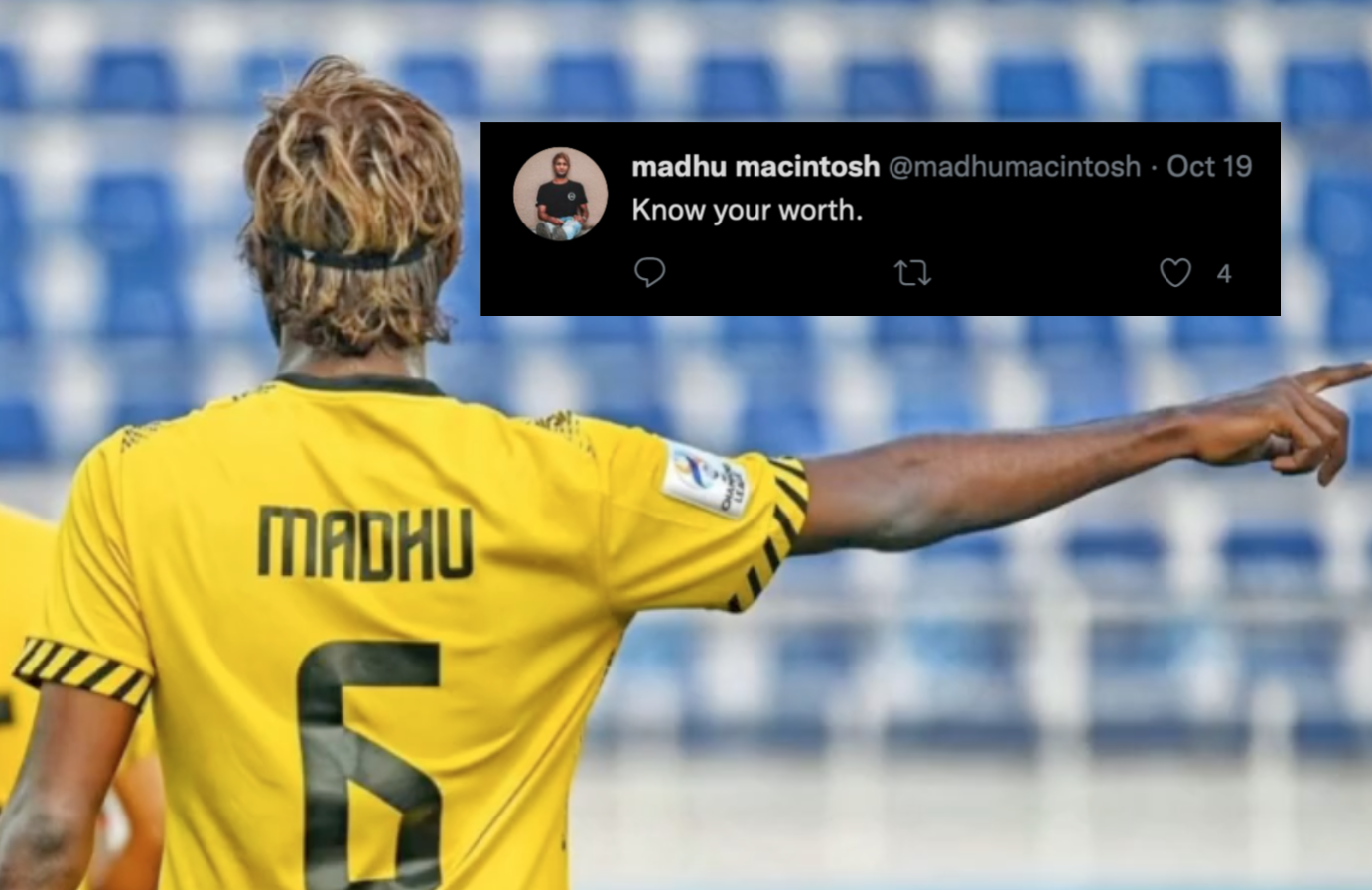 Former Tampines Rovers defender Madhu Mohana is still without a club for the upcoming season despite having announced that he will be leaving the Stags.

The defender has been leaving bits and pieces of his predicament on his Twitter handle at @madhumacintosh.

He announced his departure from Tampines Rovers on 13 October after five years at the club in an Instagram post.

On 19 October, he tweeted “Know your worth.” without going into details.

It is understood that he was offered a massive pay cut from a local side, which probably explained his tweet.

Then on 27 October, this is what he tweeted.

It is unsure who exactly took aim at the 30-year-old defender though, or if it was related to his search for a club.

The tweet code which we are still trying to crack was this which was put up on 30 October.

Something about an angry brinjal.

A day later on 31 October, he suggested that Singapore needed a union for footballers.

Meanwhile, both the Lion City Sailors and Balestier Khalsa have also announced which players they are releasing.