5 things you should know about the OUE E-Cities Championship 2021. 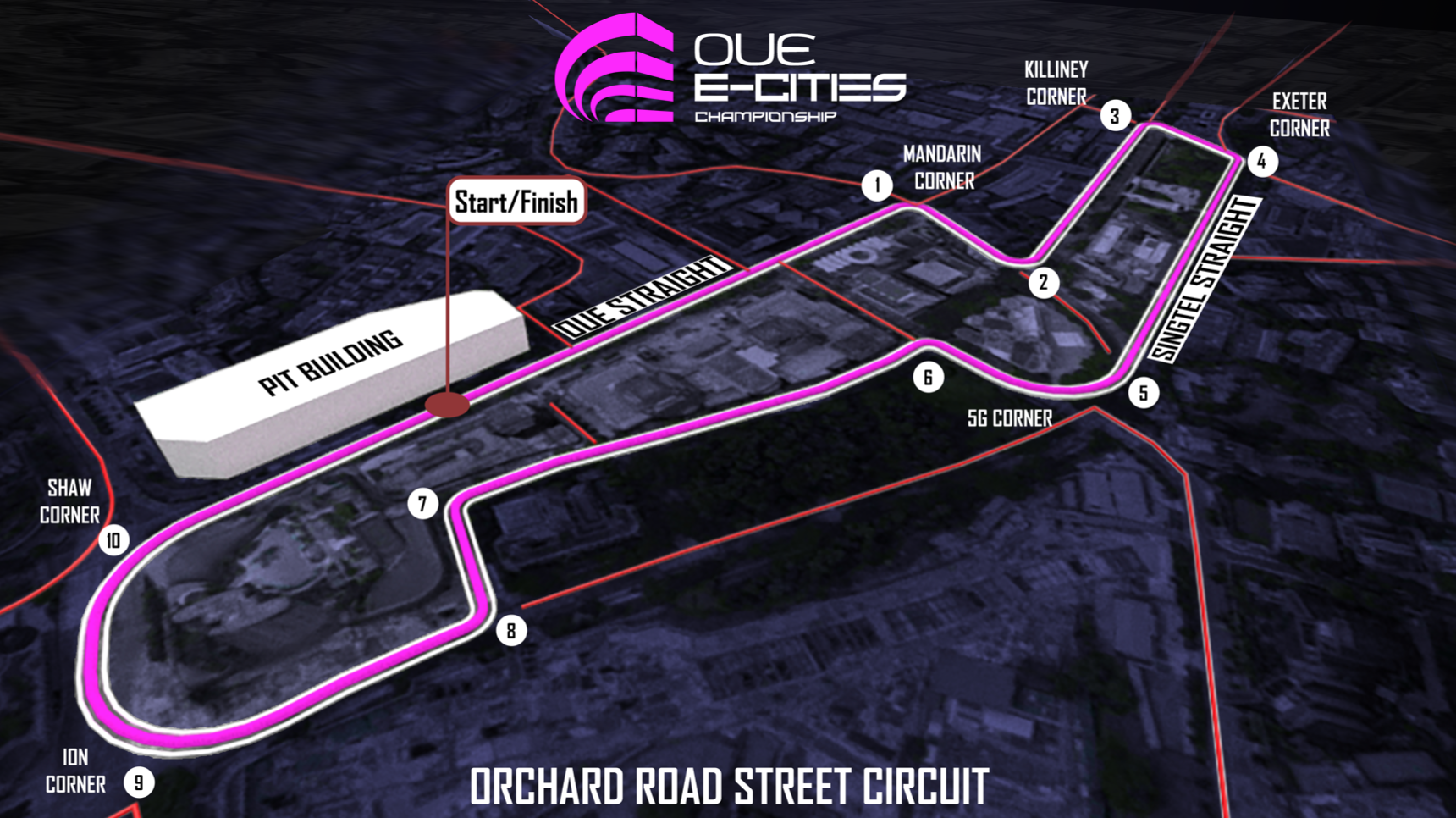 Participating sim racers are all set to get into their rigs over the next three days as qualifiers for the OUE E-Cities Championship 2021 begin.

Almost 80 sim racers have signed up for the inaugural championship and only 25 of the fastest sim racers will make it to the final to be held on 14 November.

Apart from title sponsor OUE, the organisers have brought on board a plethora of corporate sponsors and partners like Singtel, PICO, The Initial Residence, MOTUL, Wework and even Shaw House, among others.

The full list of the partners are found in the sponsor banner at the foot of this post.

Here are five things you should know about the inaugural OUE E-Cities Championship 2021.