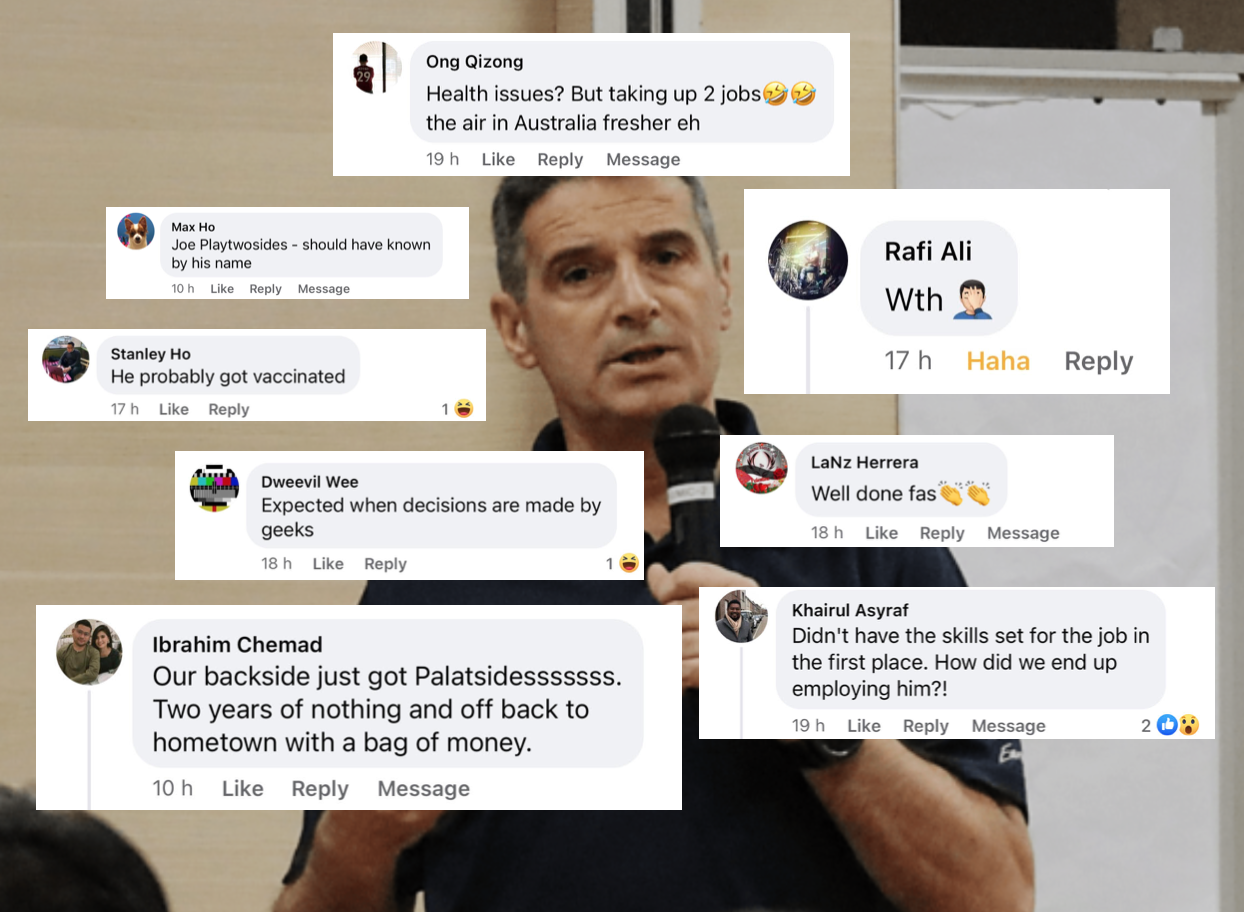 Just a day after he cited personal and health reasons brought about by Covid-19 for his resignation, Singapore’s former Technical Director Joseph Palatsides was unveiled as Melbourne Victory’s new Head of Academy Coaching.

The manner in which Palatsides exited his role has left the football community seething.

Reactions online have been mostly of anger, and also of questions about his efficacy since taking up the role in 2019.

Palatsides had not been appointed as a technical director in any country prior to taking up the role as Singapore’s Technical Director in 2019.

All roles he had taken up previously were at Aussie and Greek clubs pretty much unknown to most of the footballing world.

But yet he was hired to lead Singapore football as its technical director, at a time when the best minds were required to help the sport start from ground zero.

Which explains why one of Singapore’s football agents had this to say.

Prior to coming  to Singapore, he was the head of Melbourne City’s Youth Academy.

In context, that would be similar to Tampines Rover’s Head of Youth, if they had one.

Not that Tampines Rovers is of similar stature to Melbourne City, but that’s a story for another day.

While it cannot be discounted that the harsh Covid-19 lockdown regimes in place in Singapore had also led to his decision to leave, the manner in which he left Singapore leaves a bad taste in many a mouth.

No thank you messages to the community, the coaches, the fans, the public, the taxpayers, who had been paying his salary for two and a half years.

And what made it worse was that fans had to find out after a story breaks online about his impending appointment at Melbourne Victory.

If there was a case study to use on how not to manage an exit, this would be it.

When he was appointed in 2019, Palatsides said, “When I finish my tenure, I want to see that I’ve left the local coaches in a better state.

“That’s part of the legacy I want to leave – that the local coaches are in a state of power throughout the whole system.”

Unfortunately, the legacy he leaves Singapore will remain remembered for all the wrong reasons.

And the leadership team of the FAS need to be held accountable for yet another fiasco.