Heartbreaking goodbye from May to Colin Schooling. 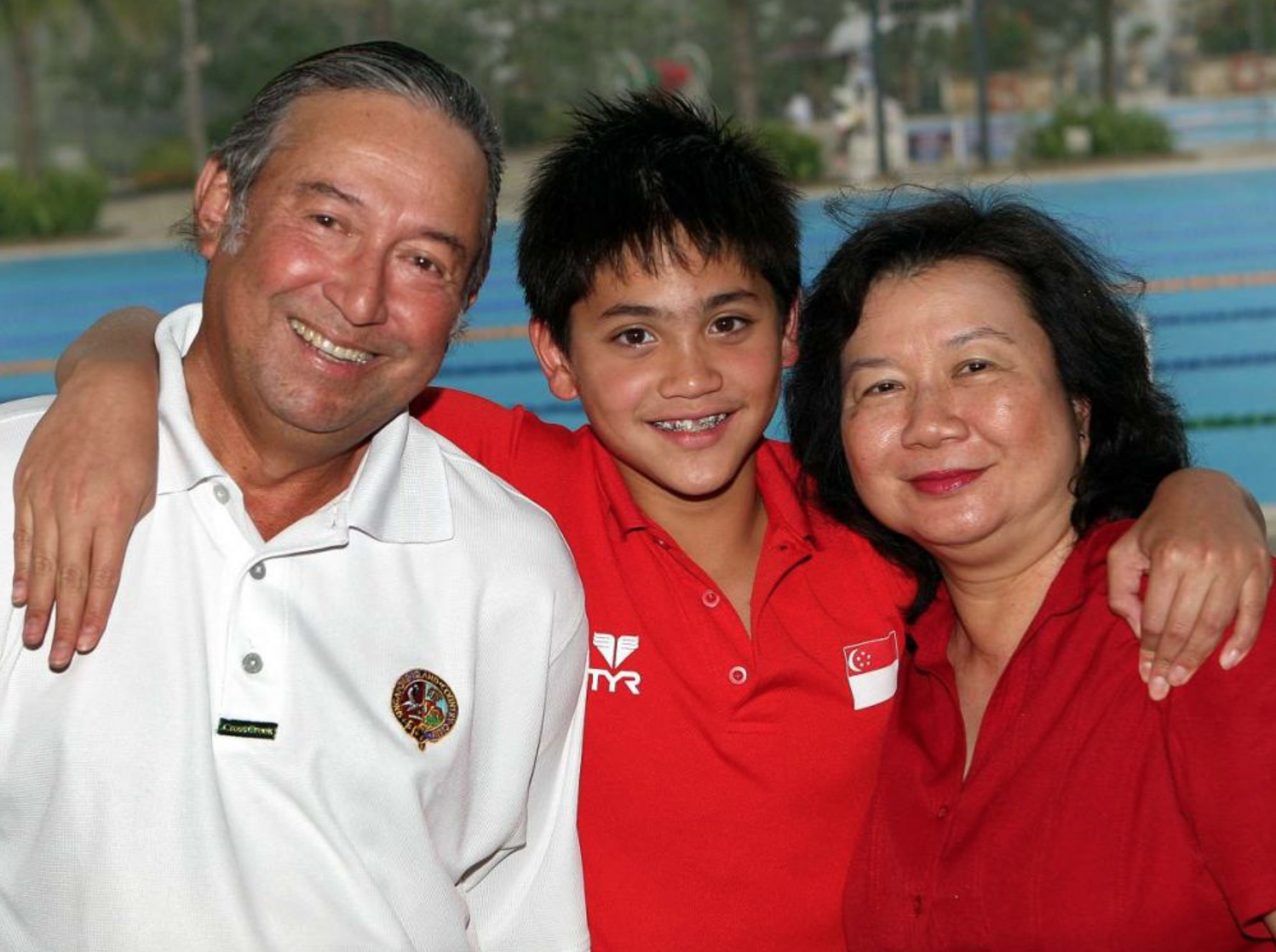 Singapore lost someone who will mostly always be known as Joseph Schooling’s father.

But Colin Schooling was more than just father to Singapore’s only Olympic gold medalist.

To many, he was a friend, a mentor, a golf enthusiast.

And boy did he love his curry at Samy’s at Dempsey.

What many may still not be aware of is his own personal sporting pedigree, being a national softball player, and who had an uncle who also represented Malaya at the London Olympics in 1948.

He was often seen at most of Joseph’s swimming competitions, and mostly remained quietly focused on the races while May would be on her feet.

But for May Schooling, he was her husband.

In a Facebook post, May said that it was hard to “say goodbye” to the man who was diagnosed with cancer in June this year.

“A loving father, a supportive brother, an outgoing uncle, a loyal friend, my husband,” she said.

“Colin is a character on its own. All who personally know him, will know what I’m talking about.

“He speaks freely and passionately, and that is one of the things that I will miss about him.

“He will be missed but let’s celebrate his freedom from pain and suffering and his reunion with The One above.”

She also referred to her husband of almost 40 years as a “tough fighter indeed”.

We over the loss of Colin Schooling.