Semi-final tickets are now going for as high as $100 per seat. 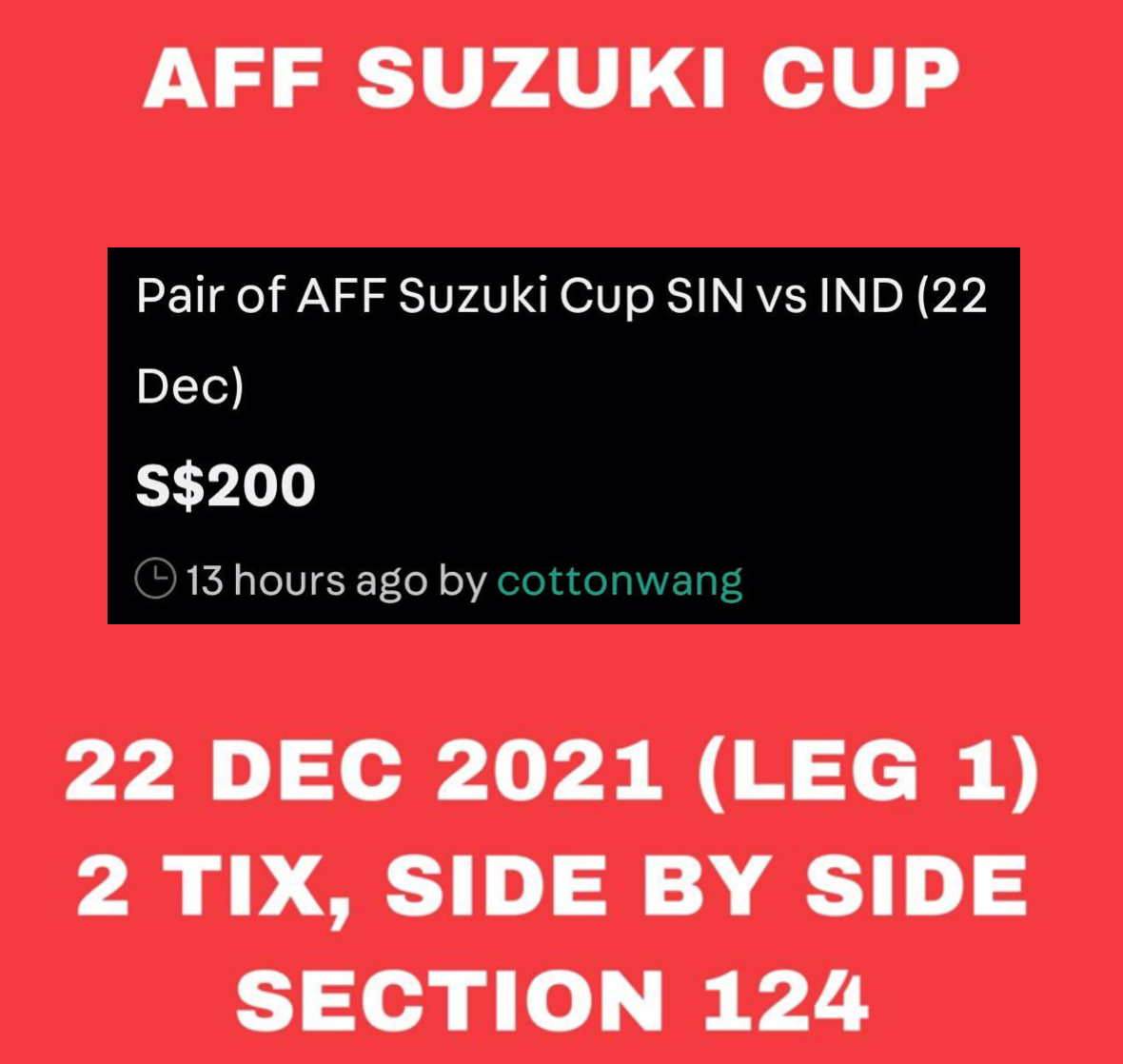 Scalpers are trying to earn a quick buck by selling off tickets for the Suzuki Cup 2020 semi-final between Singapore and Indonesia on Carousell.

The Football Association of Singapore (FAS) had said on 19 December that tickets for the Singapore zones had been sold out, which possibly led to an increase in the value of the tickets.

A search on the buy and sell platform have shown multiple vendors trying to sell off their semi-final tickets, mostly between Singapore and Indonesia, for a neat profit.

The organisers had put up sales of the tickets through Ticketmaster on 19 December from 12pm onwards, costing $25 per ticket.

The most expensive was $100 per ticket by cottonwang.

See a sampling of other vendors trying to let go of their tickets for a profit.

One seller even came up with a tiered cost with discounts for purchase of two of more tickets.

Gold tickets, which had been purchased by invitation-only buyers, were also up for sale.

TMSG has tagged Carousell in the comments section of the Facebook post to indicate our feelings about these sellers who have denied bona fide Lions fans who were keen to get their hands on tickets when they went on sale, only to find them being listed by these vendors for profit.