Ticket sales announced but still no clue on how many fans will be allowed into the National Stadium for Suzuki Cup. 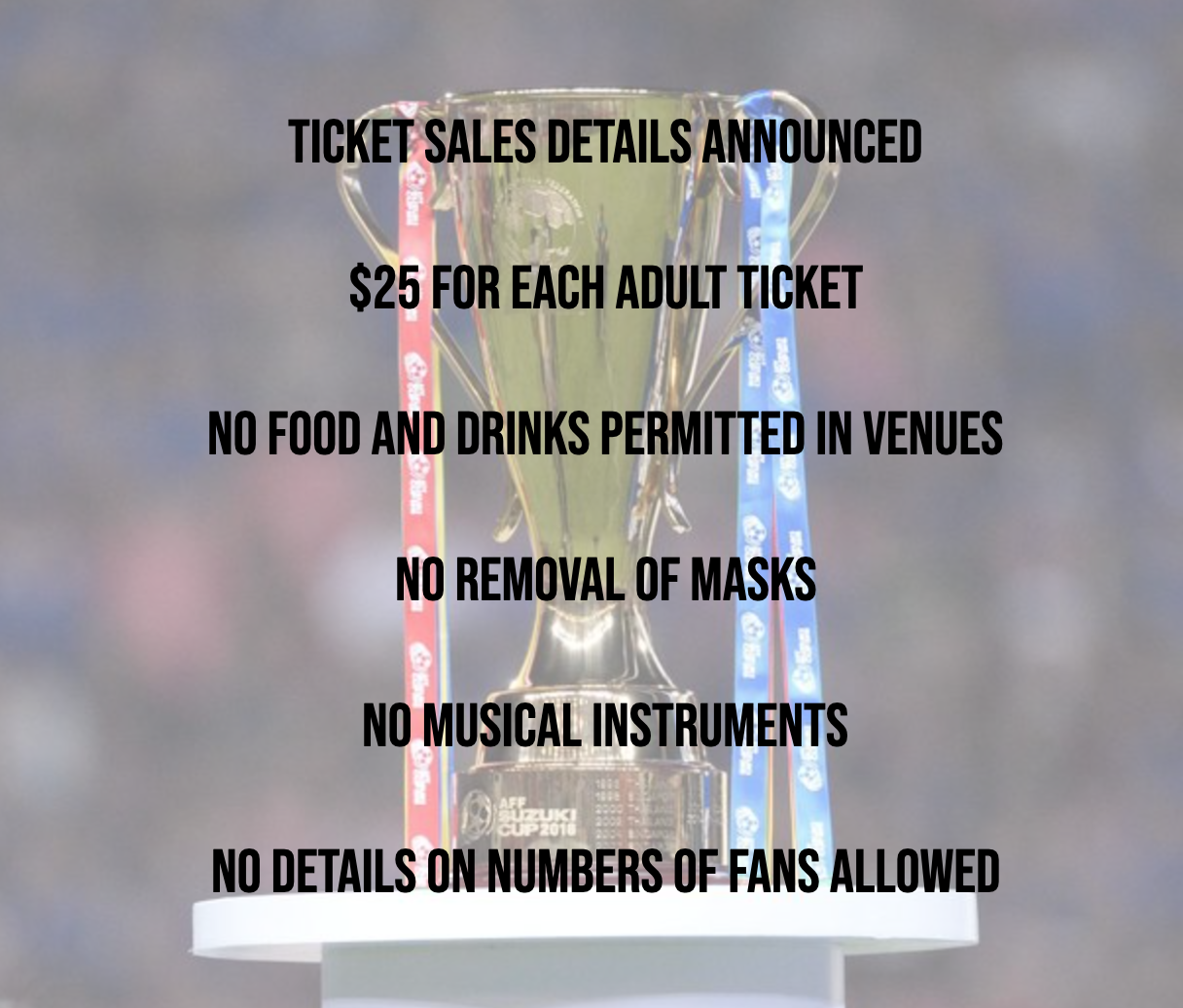 The Football Association of Singapore (FAS) finally announced ticket details for the ASEAN Football Federation (AFF) Suzuki Cup which will kick off on 5 December.

But one key detail is still missing.

How many fans will be allowed in the National Stadium and the Bishan Stadium for the matches?

In its three page media release, the FAS announced that sales will begin on 28 November, the cost of each ticket but left out how many fans will be admitted to both the National Stadium and Bishan Stadium.

Even the Straits Times in their report only indicates that it understood that 10,000 fans will be allowed, with no official confirmation from the organisers.

Tickets are priced at S$25.00 for adults and S$15.00 for children 12 years of age and under, with each ticket allowing access to both matches on double header match days.

For the first three days of sales being opened, only Group A match tickets will be sold with Singapore football fans given exclusive priority.

The FAS also announced that food and drinks, including water, are “not permitted in the stadiums and fans are required to wear their masks.”

Musical instruments will also not be permitted into the stadium but banners and flags which “do not contravene security and/or regulatory measures” may be allowed, subject to approval at point of entry.

The Lions will face off against Myanmar on 5 December and then come up against against Philippines three days later before meeting Timor-Leste on 14 December.

Their final group match is on 18 December against Thailand.

Fans can make purchases here from 12pm onwards on 28 November.