Not a strong team yet, says national coach Tatsuma Yoshida. 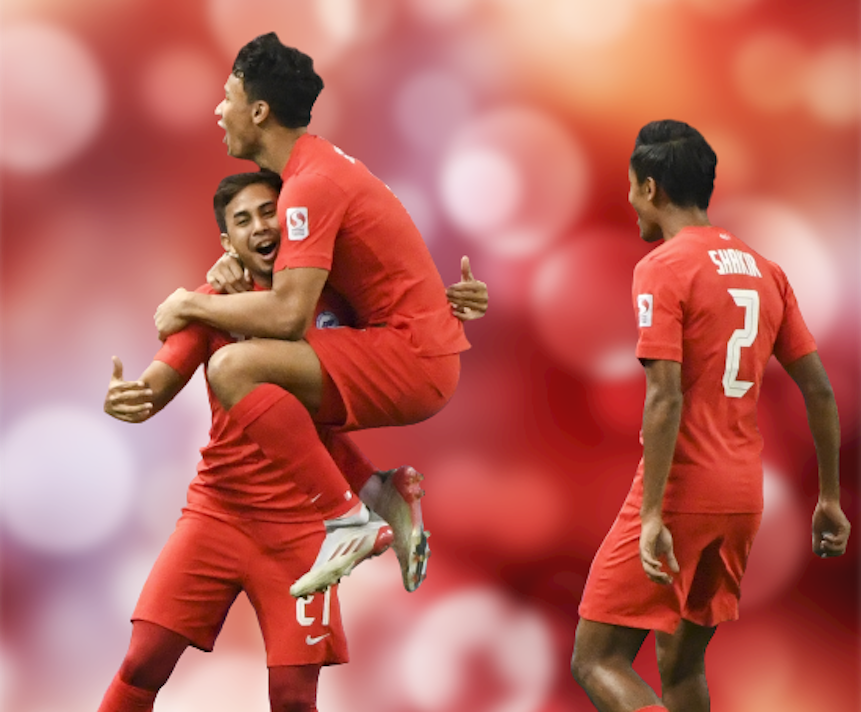 The good news is that the Singapore Lions have made the semi-finals of the Suzuki Cup 2020, a taste which fans have not tasted since the 2012 tournament, at which the Lions ended up as champions.

After elimination from the group stages at three consecutive tournaments, Singapore finally qualified for the semi-finals of the tournament which they have won four times over since 1998, with goals from each side of the half courtesy of Adam Swandi and Shakir Hamzah.

But the bad news is that the team found it hard to break down Timor Leste, a side which had been smashed 7-0 by the Philippines only days before, which left some fans scratching their heads in bewilderment, even though there were also those who were ecstatic.

National coach Tatsuma Yoshida acknowledged in his post-match comments that the team is not quite there yet, despite the nine points from the first three matches against Myanmar, Philippines and Timor Leste.

“Just because we won our first three matches does not mean we are a strong team (yet),” the Japanese said in the post-match virtual conference.

“We have to improve game by game to challenge in the tournament.”

And therein lies the problem with Yoshida’s tinkering.

The team does not seem to be getting better with every game.

Against a side which had taken a 7-0 beating at the hands of the Philippines only days before, the Lions appeared to struggle to contain what most regard as the region’s minnows, who are ranked 194th in the world.

In fact, both sides almost had equal amounts of possession.

In fact, the Lions could have well conceded.

“Today our performance was not so good and I am not satisfied, but I am still proud of them because they tried to play their best,” Yoshida added.

Perhaps it was the knowledge that they already had made the knockout stages even before the referee signalled the start of the match, given that Philippines’ 2-1 loss at the hands of Thailand in the earlier match sealed the semi-spot.

Or the confidence of knowing a win, regardless how scrappy it was would have been enough to then go for the jugular in the next group stage against Thailand on 18 December.

For now, the Lions and the Thais know which is the team they need to avoid in the two-legged semi-finals.

And to avoid the defending champions who are clearly a class above all other teams in this current tournament, they need to top the table in Group A.

For now though, the team and Yoshida deserve the plaudits for doing something which Bernd Stange, V Sundram Moorthy and Fandi Ahmad could not since 2012.

That is to take the Lions to the knockout stages of the biennial tournament.