Singapore swimmers barred from competing at World Championships because of positive Covid-19 case. 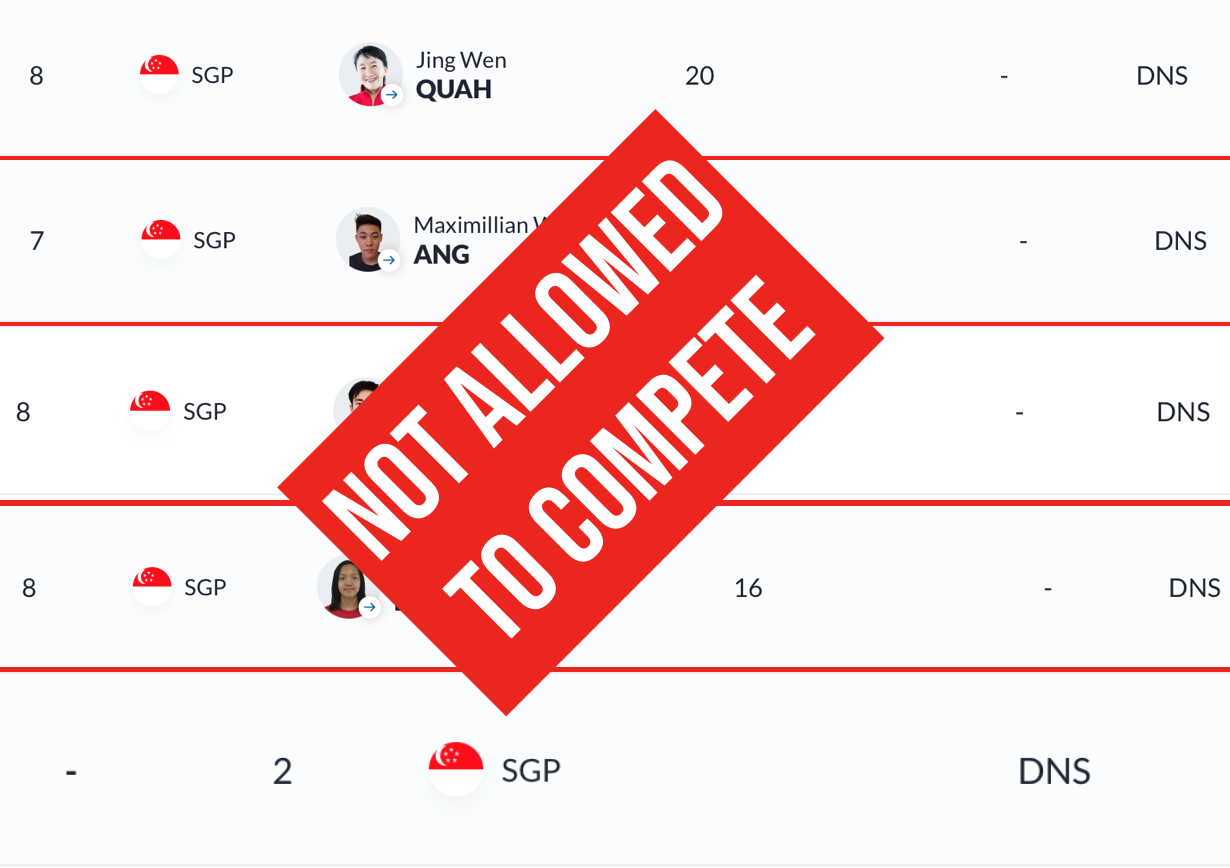 Singapore’s swimmers at the FINA World Swimming Championships (25 metres) in Abu Dhabi in the United Arab Emirates have not been allowed to take to the pool.

It is understood that there was a positive Covid-19 case among the Singapore contingent, and the organisers have stopped all Singapore swimmers who were in close contact from taking to the pool for their races.

It is not known who had tested positive but as a result of the positive case, the swimmers were not allowed to compete when the events started on 16 December.

On the official website, a DNS (Did Not Start) was placed beside all of Singapore’s swimmers names.

Among the athletes who were due to take part at the championships included Ashley Lim, Teong Tzen Wei, Amanda Lim, Quah Jing Wen and Maximillian Ang.

Ang posted an Instagram story with a sad face emoji, which showed the DNS next to his name while he was watching the event from what looked like his hotel room.

14 swimmers from Singapore had qualified for the event, which began on 16 December and will run on till 21 December.

The Singapore Swimming Association (SSA) is expected to issue a statement soon.