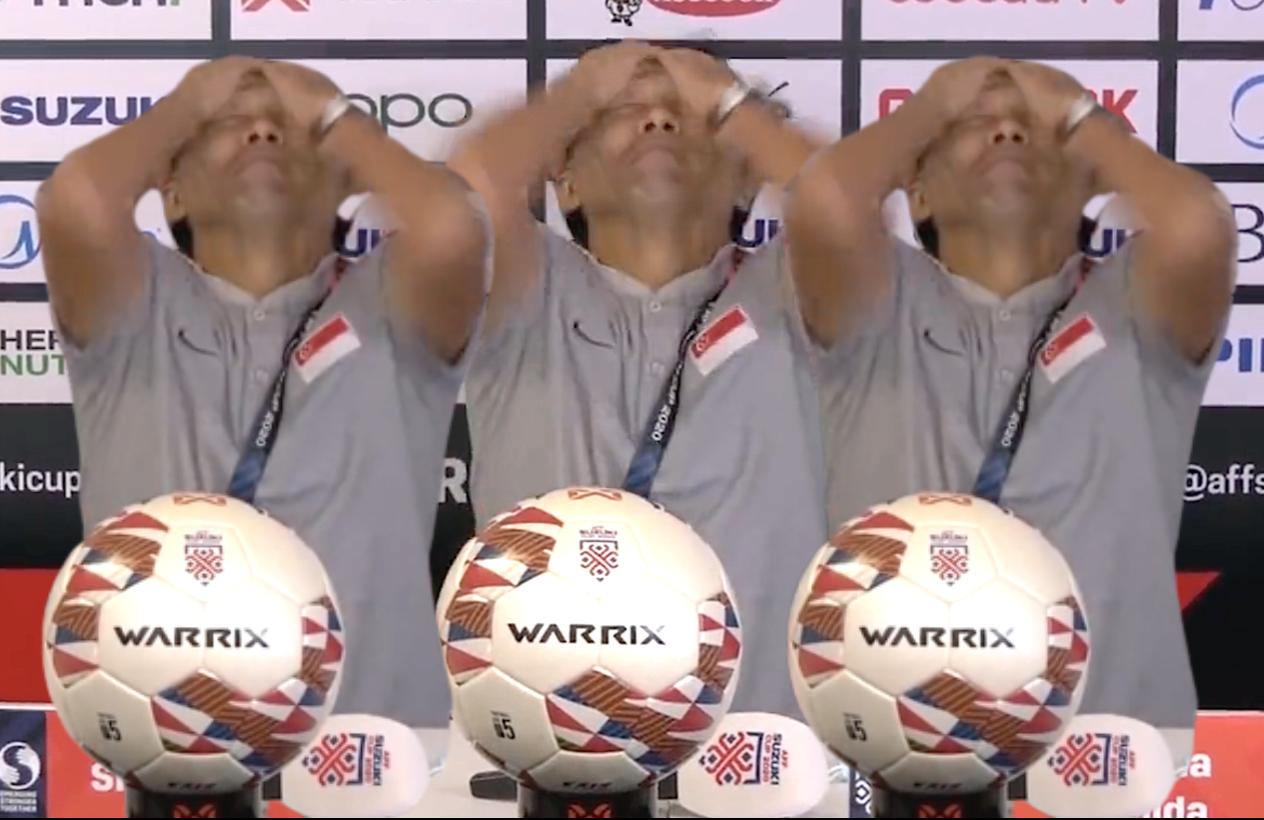 National Lions coach Tatsuma Yoshida lost his cool, said he was going to cry and cut short the post-match media conference after the Lions’ 2-0 loss to the Thai reserves when asked about the boos which rang out towards the end of the clash at the National Stadium.

“I want to cry now,” he said, as he cut short his media post match media conference.

In a video posted by ESPN Asia on Twitter, the Japanese is seen putting his hands on his head, leaning back before standing up and calling time on conference with media.

He was being queried on the boos which rang out from a parts of the National Stadium, heard soon after Zulfahmi Ariffin was substituted close towards the end of the clash.

“I feel very sad, very very sad,” he said in response to the query.

“If I am Pep Guardiola, allright, OK, no problem.

“I am Tatsuma Yoshida, just from Japan.”

The Lions were outfoxed by the Thais, which fielded a largely reserve side devoid of all their stars and still ran out comfortable 2-0 winners.

Tatsuma fielded his strongest available side, but had no place for new citizen Song Ui-young, a move which is already being questioned by netizens.

He was forced to make a change to his back line in the 12th minute after Shakir Hamzah was stretchered off for a knee injury, bringing on Zulfahmi.

Netizens took their angst out of Zulfahmi online mostly, with comments questioning his speed and his stability.

The substitute was eventually substituted as well towards the end of the match, making way for Amirul Adli, which brought on the boos.

“I am proud of them always,” the coach quipped.

He then had a plea for the fans.

“We have to work together to improve Singapore football.

Why he thought that Singapore did not believe in football only he would be able to explain.

And that’s when he did something which no other national coach had done in a post match conference.

Reveal that he wanted to cry.

The Lions will face off against the winner of Group B over two legs on 22 December and 25 December.