Outplayed. Outfoxed. Out after semis? 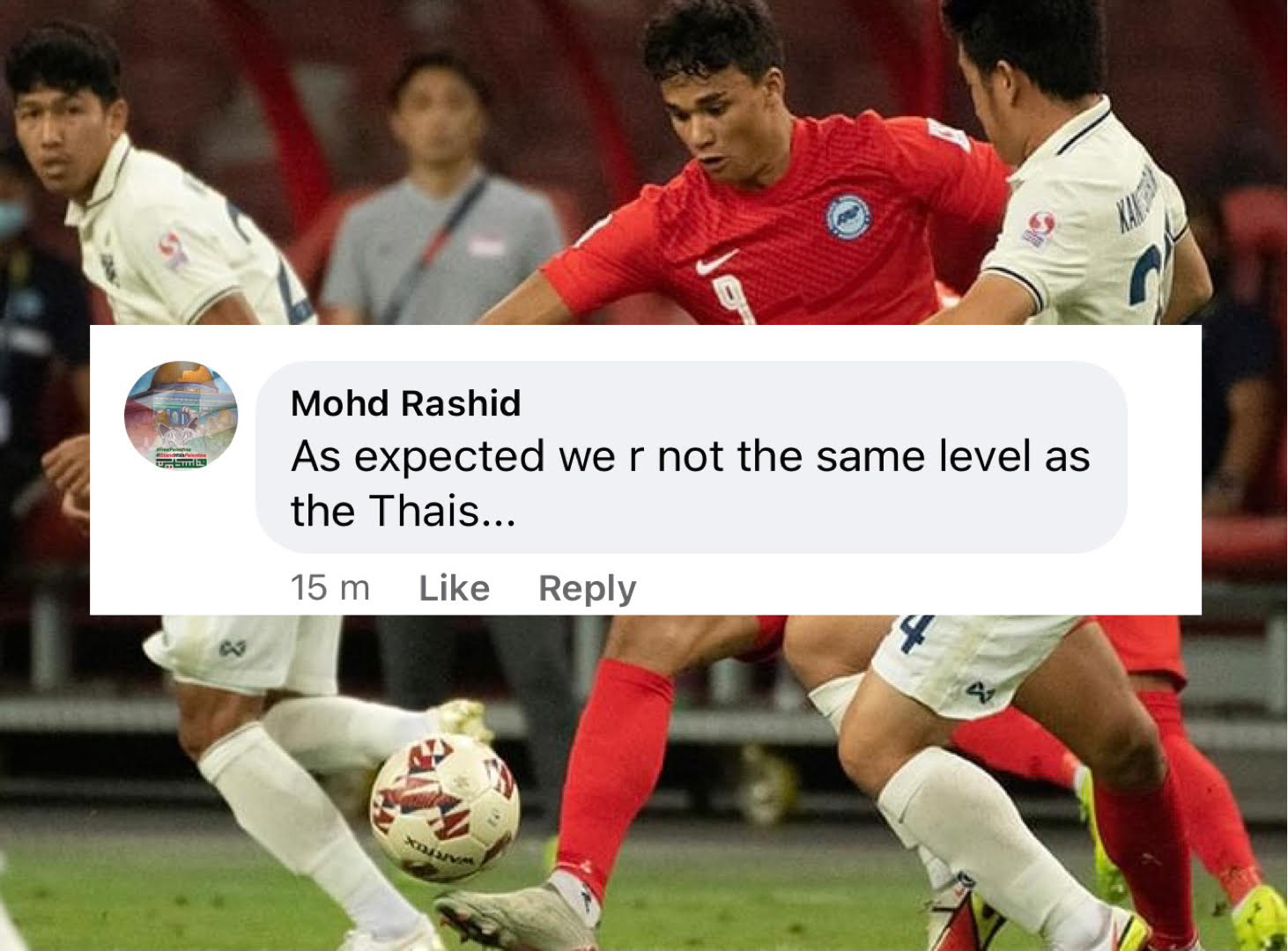 The Lions were brought right back down to earth in their final Group A match of the Suzuki Cup 2020.

After three victories on the trot, Tatsuma Yoshida’s men were served a 2-0 beating on front of their home fans at the National Stadium.

There was also more bad news for Yoshida as Shakir Hamzah was wheeled off in a stretcher after appearing to offer a knee injury.

Boos were also heard from around the stands when substitute Zulfahmi Ariffin was taken off close towards the end of the match.

While the result had no bearing on the Lions’ progress to the last four, it could well dictate their progress after.

Second in the group, the Lions will have to face off against the winner of Group B which is expected to be defending champions Vietnam.

Fans took to the Football Association of Singapore Facebook page to vent their frustration at the result, despite  the Lions having qualified for the semi-final for the first time since 2012.

See some of the comments.