What’s next for the Lions? 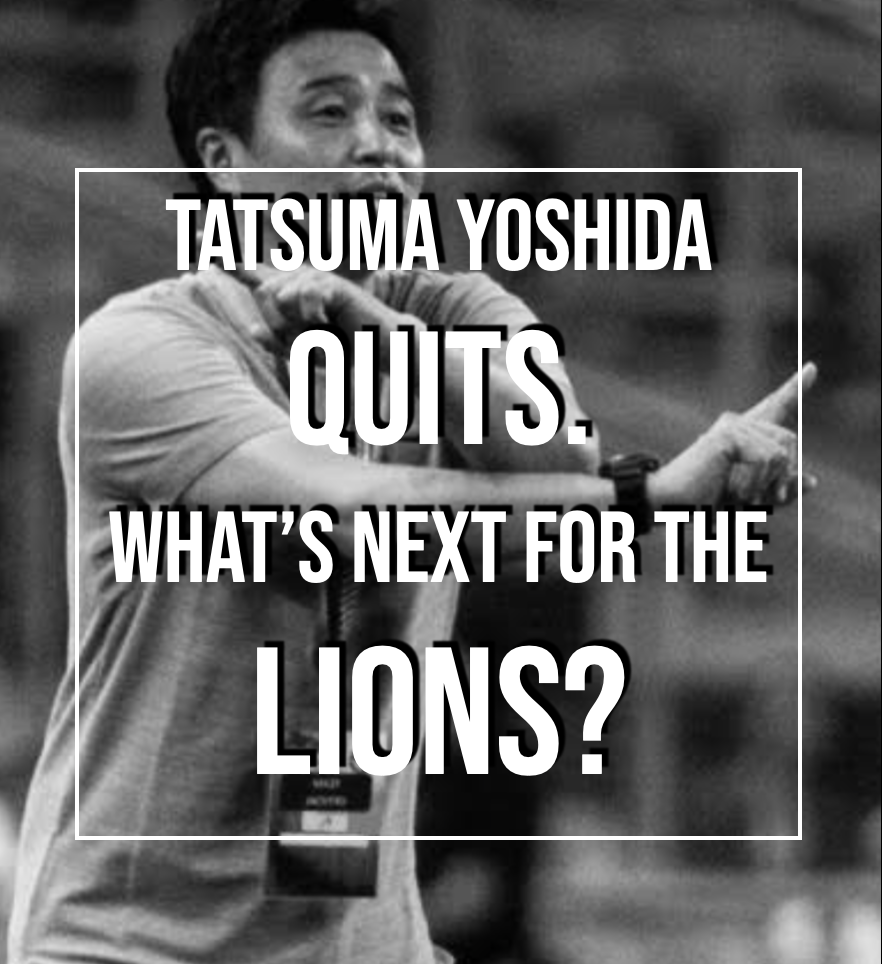 Barely 72 hours after the semi-final exit at the Suzuki Cup 2020, Lions national coach Tatsuma Yoshida announced that he would quit his position.

Appointed in May 2019, the Japanese still had one more year left to run on his contract with Singapore, but the Football Association of Singapore’s (FAS) general secretary Yazeen Buhari told Straits Times that Yoshida was leaving the role to be closer to his family.

His contract extension was announced at the start of 2021.

In a statement posted on the FAS website subsequently, Yoshida said, “This was not an easy decision for me to arrive to and a part of me wishes that I did not have to make it at all.

“The last two years have not been easy for me and my family given the travel restrictions that were in place as a result of the pandemic.”

Earlier reports had already suggested that he was being approached by other clubs in Japan and another unknown Asian country.

It is also understood that Palatsides left so he could be closer to his family back in Australia given the travel restrictions caused by the pandemic.

While Yoshida’s departure did surprise quite a few fans, it is also being argued by some that he lacked the big match temperament and composure to lead a national team, given that he had not led any national team before.

For example, he broke down and lost his head after being queried about the boos which rang out at the National Stadium following the loss against Thailand.

Whether that was the final trigger which helped him decide his next move, he and only he will know.

To his credit, Yoshida took the Lions to the last four of the biennial tournament for the first time since 2012, a finish which three of his predecessors – Bernd Stange, V Sundram Moorthy and Fandi Ahmad – had all failed at.

Since arriving in the middle of 2019, Yoshida has led the Lions as its national coach for 20 ‘A’ international matches.

He won six and lost 10 of the 20 international matches.

Three of the six wins were achieved at the Suzuki Cup 2020 against Myanmar, Philippines and Timor Leste.

In terms of FIFA rankings, Singapore averaged 157 in 2019 and is currently 160 in the world, meaning there has not been progress in the Lions form, if the statistics are anything to go by.

Lions fans posted their thoughts and comments to Yoshida’s departure, with reactions being mixed and with their own interpretations of what caused the Japanese to exit.

Also quick with a reaction was Lions forward Gabriel Quak, who posted an Instagram story.

With Yoshida’s departure, the Lions will have a new coach for its next Suzuki Cup campaign in just a year’s time, the fifth coach in five editions.

The Lions also have the 2023 Asian Cup qualifiers to contend with taking place in June 2022.