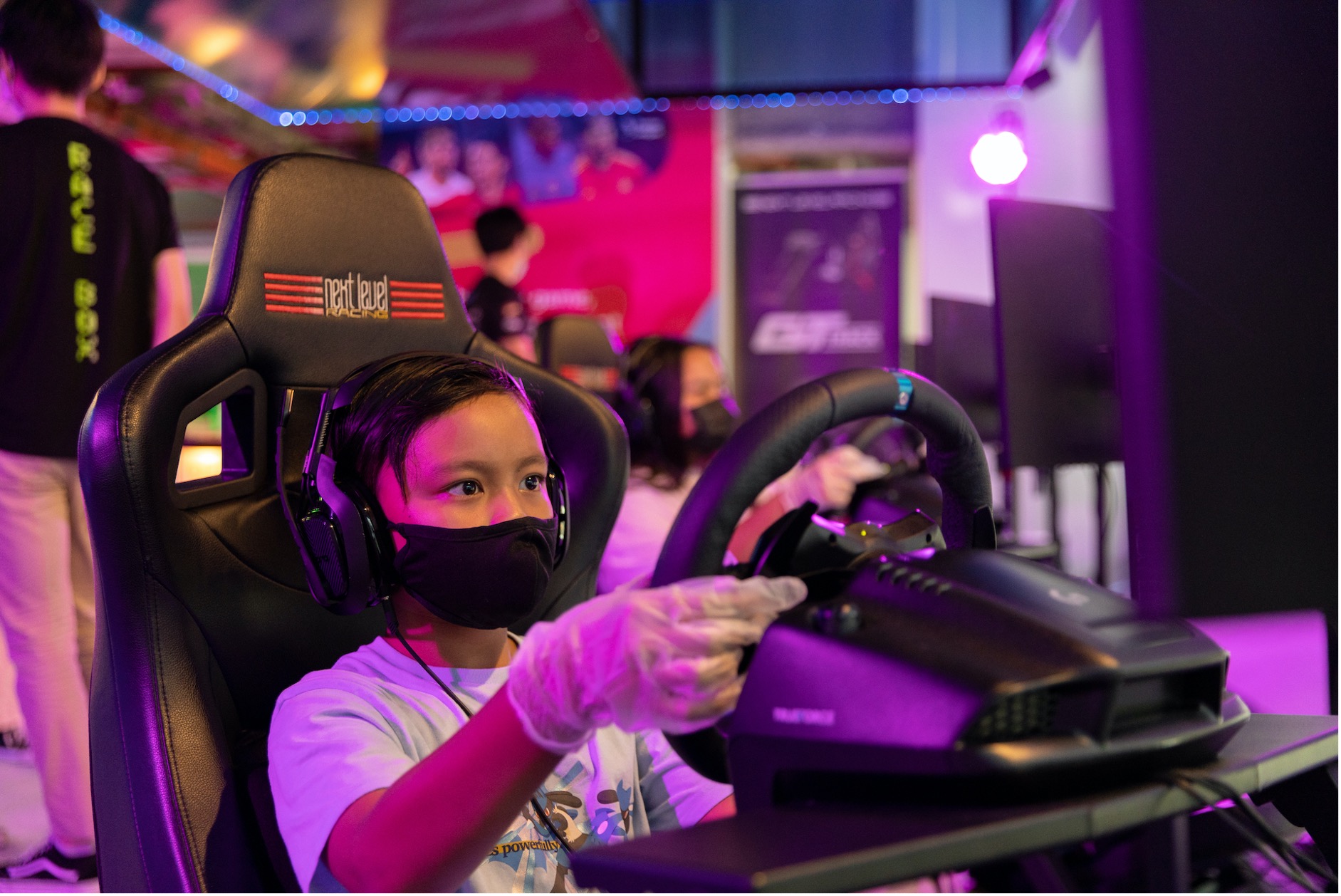 More than 100 children and youth were privileged to participate in the “Race to Bridge the Digital Divide”, a programme between the Legion of Racers (LOR) and The Rice Company Limited (TRCL) organised at the Race Box.

Race Box was a pop-up event which was held from 10 December to 16 January at Mandarin Gallery, an extension of the OUE E-Cities Championship 2021 held in November.

The children who attended the sessions at Race Box were given a briefing about the motorsports culture, simracing and were also given a chance to drive around the virtual Orchard Road Street Circuit.

In addition, they were also given a brief by LOR co-counder Lim Keong Wee about the esports industry and how digital twin technologies were used for the gaming and content generating platform.

“It was a fulfilling programme for us and we were honoured to give the children an opportunity to learn a little bit more about simracing and motorsports.

“The Race to Bridge the Digital Divide was our way to continuing and extending our outreach to the community,” said Melvin Moh, co-founder of Legion of Racers.

Apart from the partnership with TRCL, Race Box also conducted weekly time trials and also had saw Alpine conduct its car owner experience at the TUCA Cafe over high tea.

Jay Wong picked up the winning prize of an Aftershock FORGE15s Gaming Laptop, and a test drive in the Alpine A110 Legende.

Race Box also teamed up with Singtel, Singapore’s fastest 5G provider to promote their 5G and other services like Singtel Cast, Bookful and their Home Priority Plan, with Singtel customers also given a free 10 minute session on the simulators.

“We are thankful to all our partners for being part of Race Box, an extension of the OUE E-Cities Championship which was held in November,” added Moh.

“The insights into the pop up will give help us plan for LOR’s next big activation, and as we plan for 2022 ahead.”

ALL PHOTOS: LEGION OF RACERS