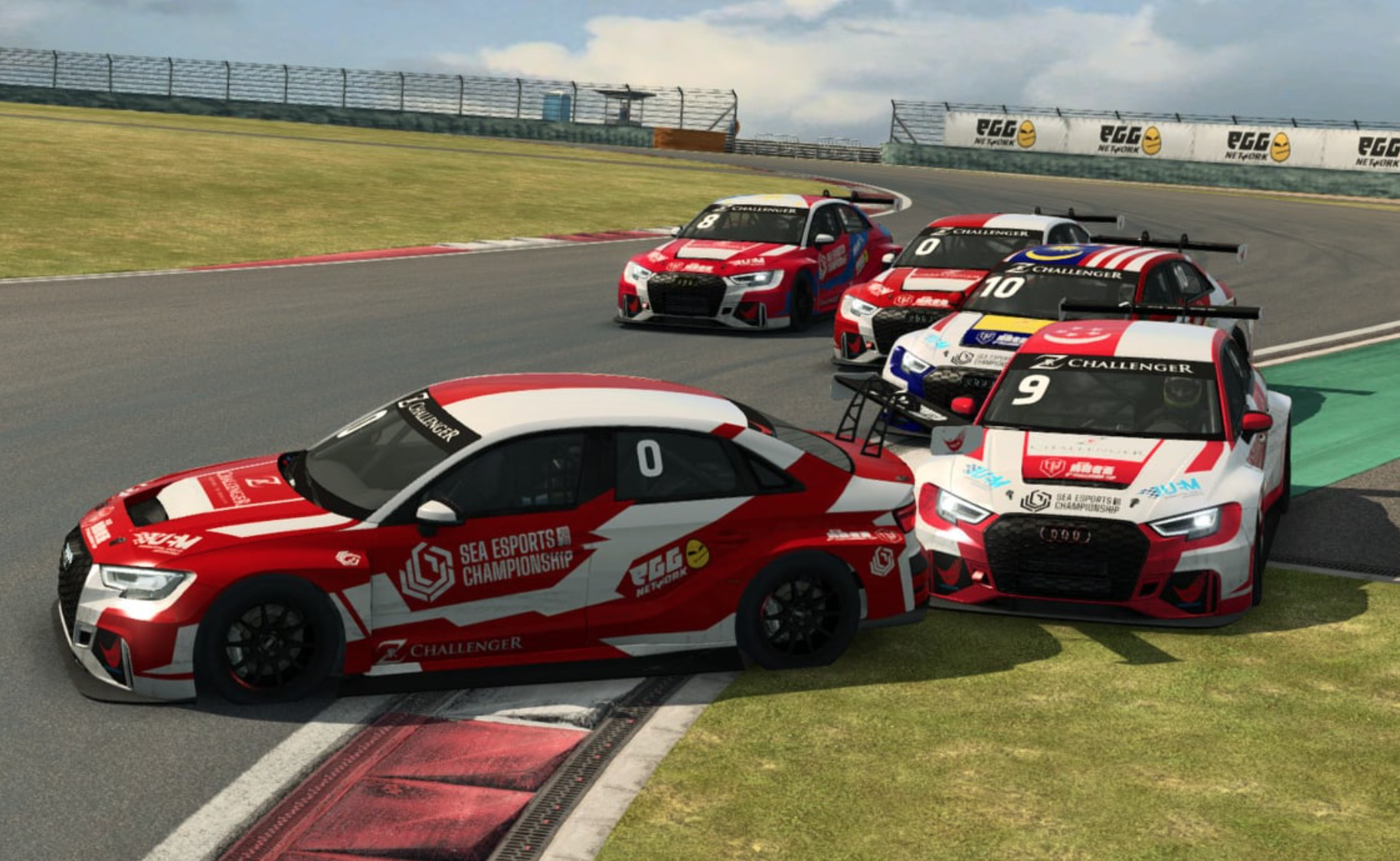 Team Flash simracer Ar Aleef Muhammad has come under fire from a section of the simracing community for his racing behaviour at the SEA Esports Championship final on 9 January.

Two Malaysians – Naquib Azlan and Nabil Azlan – ended up in the top two positions in the final standings.

Aleef finished in 8th spot behind fellow Singaporean Dillan Tan from the Legion of Racers, who finished in 7th.

But the chatter online was not so much about the final results but a specific incident in Race 2 which incurred the wrath of the simracing community.

In his Facebook update, Andika said that “some people still need to learn race craft and respecting each other.

“Race 2 was even better, till you see some guy overtaking at Pit Entry, then “snapping” my car to the wall.”

The Indonesian also put up a series of photos to show how he was nudged out in Race 2 after some aggressive racing.

Andika had posted a video of the skirmish earlier, inviting a stream of comments, but the video has since been removed.

He also said that he was bogged down by a “lack of practice, sleep and health from national service affecting what I could do.”

He also acknowledged the car contact during the race with Indonesia’s Annika Rama Maulana, also a Legion of Racers driver.

“It was a close, tough battle with Nabil and Andika Rama with lots of close contact.

“And it was unfortunate with the contact from me to Rama, which resulted in him spinning out.

“Got the penalty, accept the blame.”