Lions are now ranked 161 in the world. 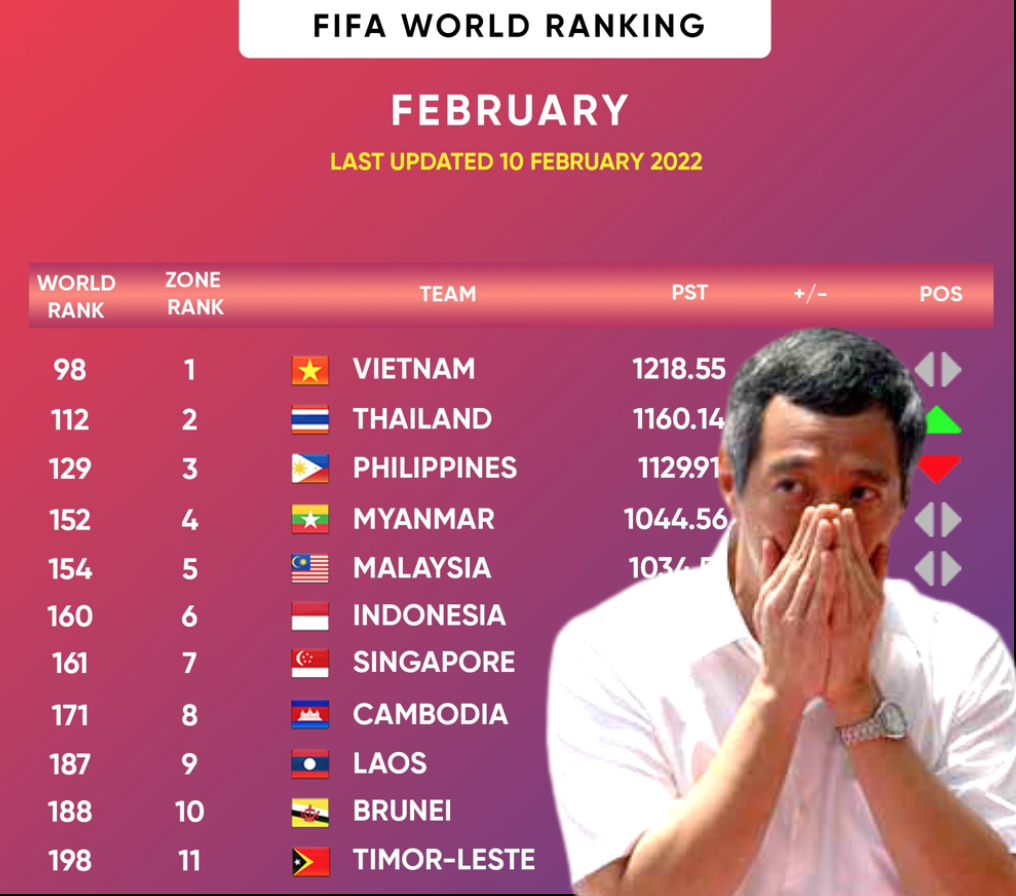 Despite heading into the semi-finals of the Asean Football Federation Suzuki Cup 2020 for the first time since 2012, Singapore has emerged worse off in the global FIFA rankings for men.

In an update posted by the world football body, Singapore is now ranked 161 in the world, even lower than Myanmar, which is at 152.

They dropped a spot from 160 based on the December rankings.

What’s even more glaring for the Singapore fan is the sight that Singapore is now in the bottom half of ASEAN, just above Cambodia, Laos, Brunei and Timor-Leste, traditionally all the whipping boys of the region.

This is, however, not Singapore’s lowest position in the FIFA ranking.

The highest the Lions had reached up in the rankings was in 1993 when it found itself in 73rd position following the 1993 Southeast Asian Games which was held in June that year in Singapore.

Indonesia, which defeated Singapore’s Lions in the Suzuki Cup semi-final, jumped up four spots and now occupies the 160th spot.

Vietnam is still light years ahead and is now ranked 98th in the world, and is the highest ranked ASEAN team in the FIFA rankings.

The region’s lowest ranked team is Timor Leste, despite all the allegations of fielding age cheats in various competitions.