Lions fail to qualify for Asian Cup after yet another defeat. 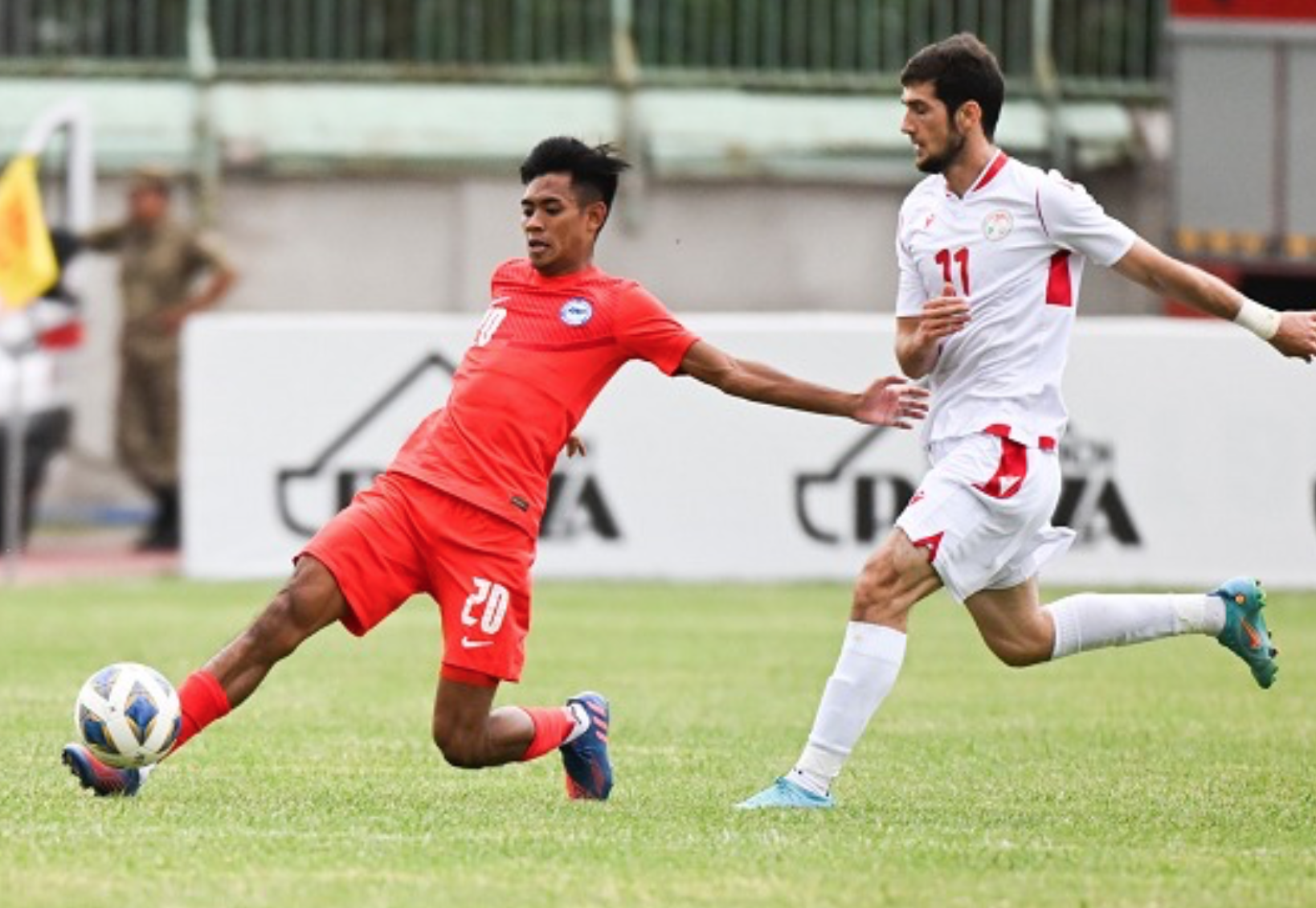 Whatever little chance the Lions had to qualify for the 2023 Asian Cup have been blown to bits after a second consecutive defeat in the ongoing qualifiers in the Kyrgyz Republic.

In Bishkek on 11 June, Singapore went down by a solitary goal to Tajikistan, with Shervoni Mabatshoev responsible for hitting the nail in the coffin and thus sealing their fate.

With their second victory on the trot, Tajikistan however, ensured their qualification to the Asian Cup for the first time ever.

For Singapore, the Lions will have goalkeeper Hassan Sunny to thank for ensuring that the Lions did not lose by a larger margin.

With two defeats out of two, newly appointed coach Takayuki Nishigaya’s bold assumption that the Lions were good enough to make the finals have been shattered to pieces.

The Lions now have one more inconsequential match against Myanmar, the result of which will be purely academic.

Singapore went into the qualifiers without any pressure, as not many had predicted that they would successfully qualify for the Asian Cup finals, a tournament which the Lions have not participated in since 1984 when it was hosted at the National Stadium.

Nishigaya blamed the poor finishing as one of the reasons for the end result.

“The game was so close and you can see that we created a lot of chances in this game and the previous one, but we need to finish our chances and improve more,” he said.

“We have two sides (aspects) – the first is that every player has to improve their finishing and secondly, we have to attack more, collectively.

“We have to improve both individually and as a team,”

“Of course, we are very disappointed not to be able to qualify and I am so sorry for the Singapore fans,” he said.