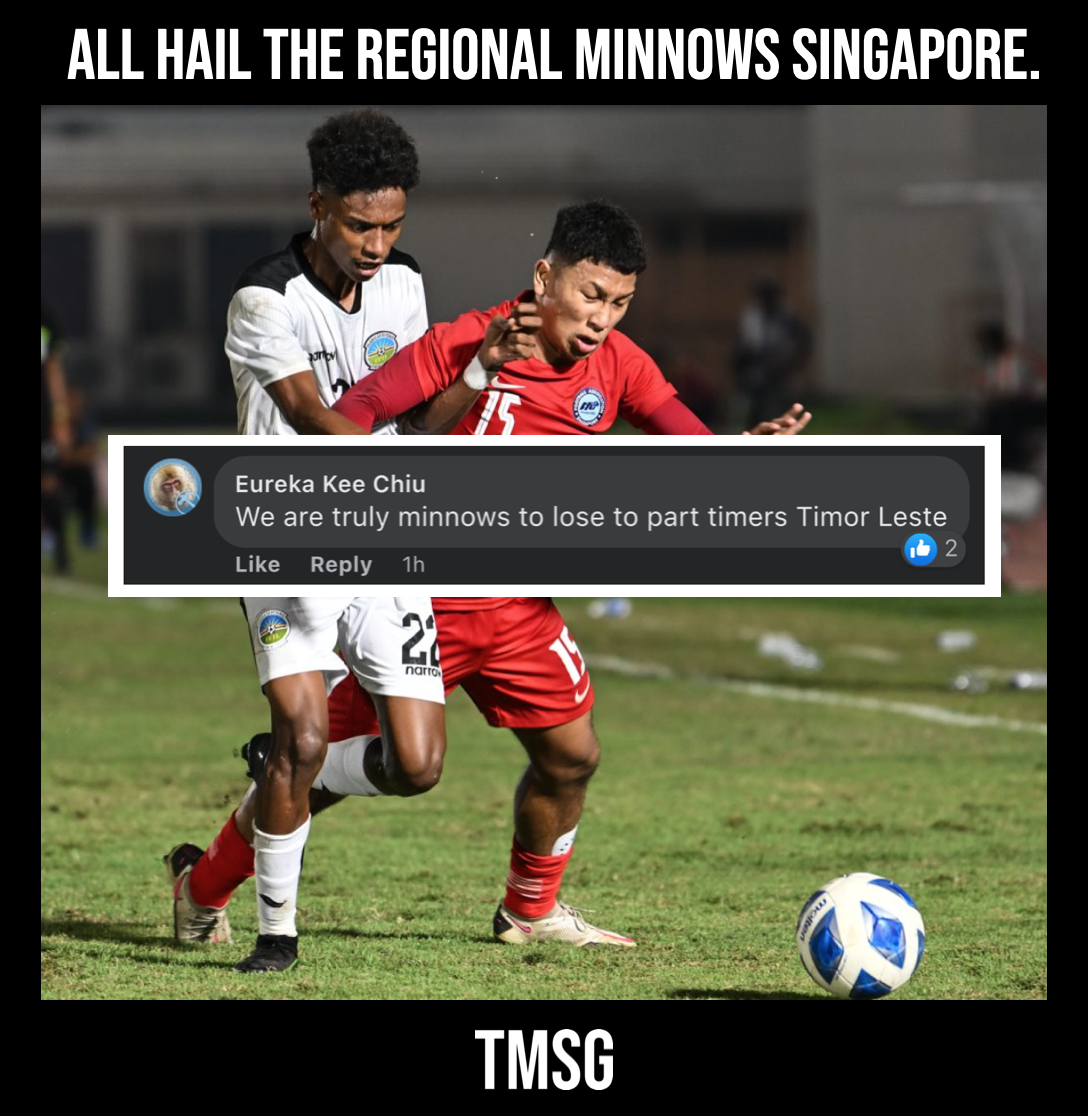 After tasting defeat yet again on 5 July, the Football Association of Singapore (FAS) only gave scant details of the 1-0 loss to Timor Leste in the post-match report which was posted on its official website.

No reasons or excuses, and not even quotes from the U19 coach Fadzuhasny Juraimi, who is leading the team to Jakarta for the ASEAN Football Federation (AFF) U19 Championships.

The loss to Timor Leste is Singapore’s second consecutive defeat at the tournament, after a 1-0 loss to Cambodia in the opening match.

According to statistics available online, Timor Leste had 21 shots at goal on target compared to Singapore’s 10.

Singapore football fans reacted to the loss by hurling more abuse at the FAS, something which the football body must surely be accustomed to by now.

One fan turned the spotlight on Fandi Ahmad, who recently announced his exit from FAS.

Another fan also asked for the issue of Singapore’s poor footballing standards be raised in Parliament and suggested that the people in charge of football were clueless.

Singapore will face off against Malaysia on 7 July and then against Laos on 9 July.

Victories against both sides could still give them a chance of qualification into the knockout stage.

But don’t bet on it.