$10 million backing for Woodlands Lions to play in the Singapore Premier League. 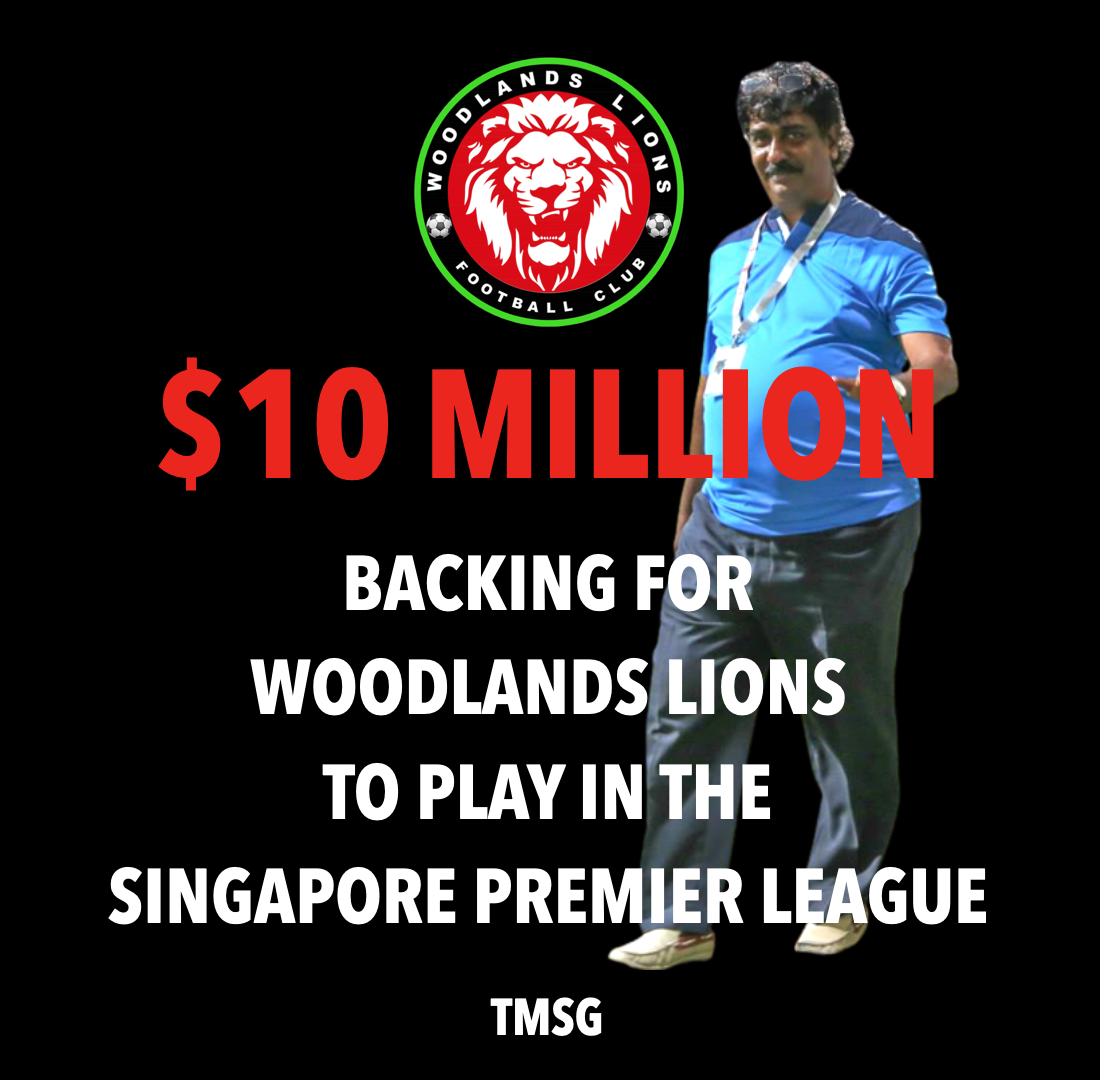 A Woodlands-based club aiming to play in the Singapore Premier League (SPL) in 2023 has secured a $10 million backing from a Singapore firm.

A document seen by TMSG confirms that the company, which has its office in Shenton House, has officially informed Woodlands Lions that it will back the club to the tune of $2 million a year for the next five years.

The director of the said company is an active grassroots leader, who has also been awarded the Public Service Medal.

A copy of the letter has also been sent to the Football Association of Singapore (FAS) General Secretary Yazeen Buhari.

The company backing the bid is listed as providing management consultancy services on Bizfile.

Woodlands Lions’ foray into the Singapore Premier League is being led by former Woodlands Wellington manager R Vengadasalam, who has been championing for a club in the north of Singapore to be participating in the league.

Vengadasalam, currently the President of Woodlands Lions, declined to provide any further details of the move to be part of the SPL or the financial backing which his club has received.

An application to play in the SPL has also been filed with FAS, first reported here.

Over the last few months, the Woodlands Lions have been active on social media, showing off some of their grassroots initiatives.

The club also sent three players and coach Joseph Pragasam to Croatia for a two-week training stint at NK Dubrava and NK Tvnue FC in May.

It is understood that Woodlands Lions are keen to resurrect the use of the Woodlands Stadium if their bid to play in the SPL is approved.

The last time a football club in Woodlands was represented in Singapore’s professional football league was back in 2014.

In that year, Woodlands Wellington – one of the pioneers of the S-League – finished in 11th spot out of 12 teams and was knocked out of the Singapore Cup in the preliminary rounds.

The club subsequently exited the league and has since been out of all professional competitions.

Meanwhile, in a totally unrelated incident, former Balestier Khalsa head coach Akbar Nawas was photographed acting as the club’s kit man as he transported balls, bibs and water for training sessions, a story which was published in TMSG on 1 September.

He has since started a new role at Thai Division Two side Udon Thani FC after serving his last day on  31 August.