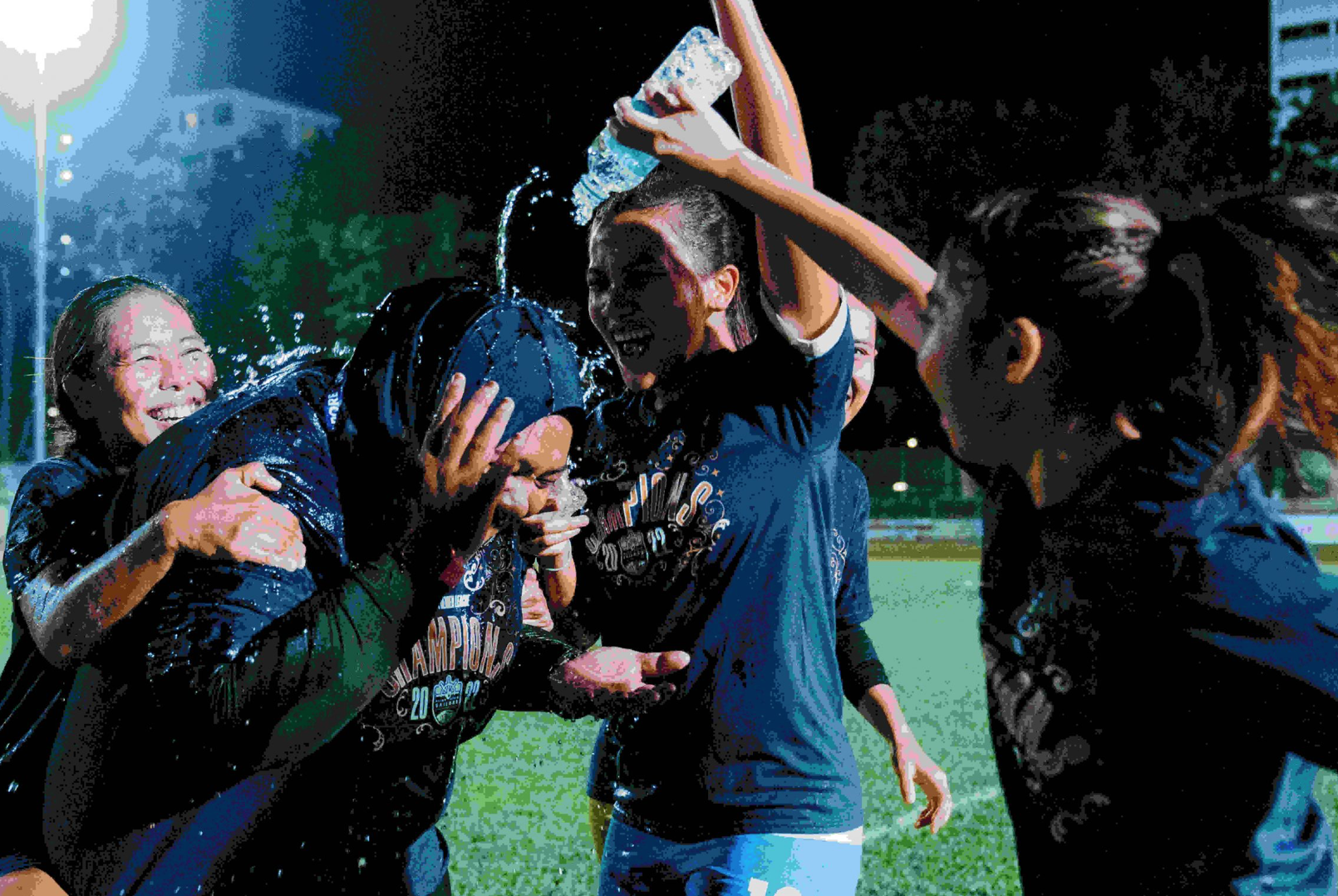 On the day their male counterparts dropped points against Tampines Rovers to hand over the initiative to rivals Albirex Niigata, the Lion City Sailors women’s team kept to their pre-season dream and sealed the 2022 Deloitte Women’s Premier League (WPL) championship.

Still with two more games to play in the WPL, the Sailors handed Still Aerion Women’s FC a 4-0 drubbing to lift the title at the Yishun Stadium before a handful of fans who made the commute from Our Tampines Hub to Yishun Stadium.

The win over Still Aerion gave the Sailors 28 points from 10 matches so far, and are unassailable with nearest challengers Tanjong Pagar currently eight points behind.

Their two remaining matches are against Tiong Bahru on 24 September and then against Tanjong Pagar United on 2 October.

The newly crowned champions of the WPL have plonked in 37 goals and have only conceded two so far, and are still unbeaten.

Said skipper Ernie Sulastri, “This team deserves to win the title because we put 100 percent into every training.

“It’s not easy for most of us who have been managing both club and international duties, but everyone has been willing to sacrifice time for the cause.

“Credit also goes to the coaches and officials, who have been very patient with us and trying to get everyone to gel.

“For us it’s not just about winning the title, it’s about how we got together as a team to execute the coach’s game plan.”

Warriors FC did not participate in this year’s competition.

The WPL trophy presentation will be held after the final match of the season between the Sailors and Tanjong Pagar on 2 October and fans are encouraged to attend the final matches of the season at the Yishun Stadium to witness the appalling conditions of the WPL where there are still no scoreboards, timing clocks or proper dugouts for the players and officials.

If you have an opinion about this story, drop us an email at hello@tmsg.sg and we will publish your views.