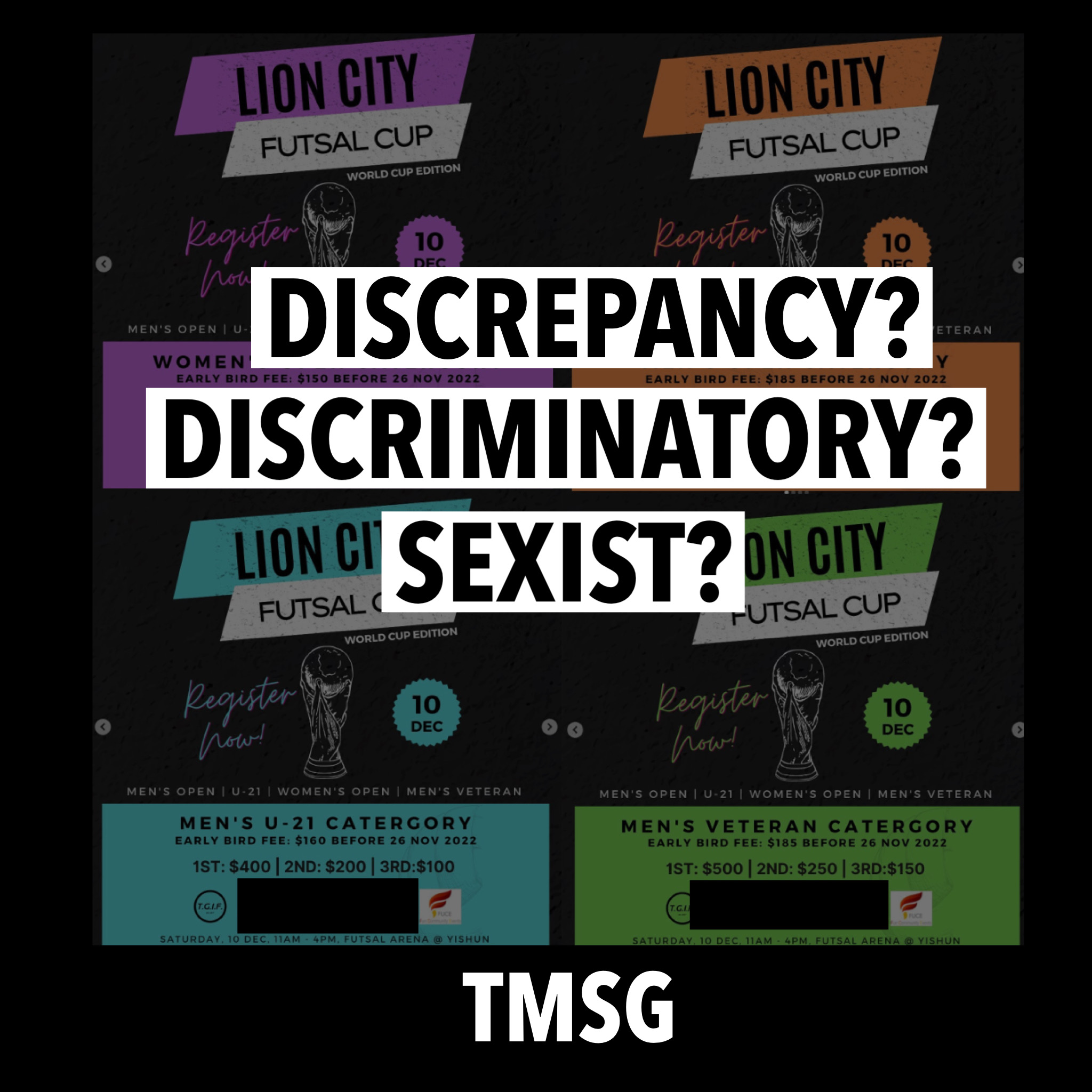 An organiser of an upcoming futsal tournament called the “Lion City Futsal Cup World Cup Edition” has been outed for not being fair to women footballers who wish to participate.

A TMSG reader alerted us to the tournament and said that it was grossly unfair that there was no prize money for the women’s teams who may win the tournament in only one category available – the Women’s Open.

This is in comparison to the men’s category where there are prizes for the U21, Men’s Open and Veteran categories.

There is only one category for the women – the Women’s Open and the early bird fee for participation is pegged at $150 per team, without any cash prizes.

The Instagram posts on the @thankgoditsfutsal handle also show a likeness of the World Cup.

It is not known if the organisers have sought permission from FIFA, the world football body, over the use of the term “World Cup” and the use of the likeness of the trophy, both of which are protected and considered official intellectual property.

A TMSG reader who shared details of the Lion City Futsal Cup World Cup edition posts with us said that it was not fair for the women footballers who may choose to participate.

“Why is there a discrepancy between the men and the women’s teams?” asked the TMSG reader who asked for anonymity.

“In this day and age, it does not make sense that organisers still think that it is ok to organise such an event and give out cash awards for males and none for females.”

Not only is this a discrepancy, but it is also considered discriminatory.

TMSG has reached out to the organisers for an explanation and will update this story if they respond.

Separately, TMSG had already posted about an alternative futsal tournament for women with cash prizes.

Women above the age of 14 can take part in the tournament.