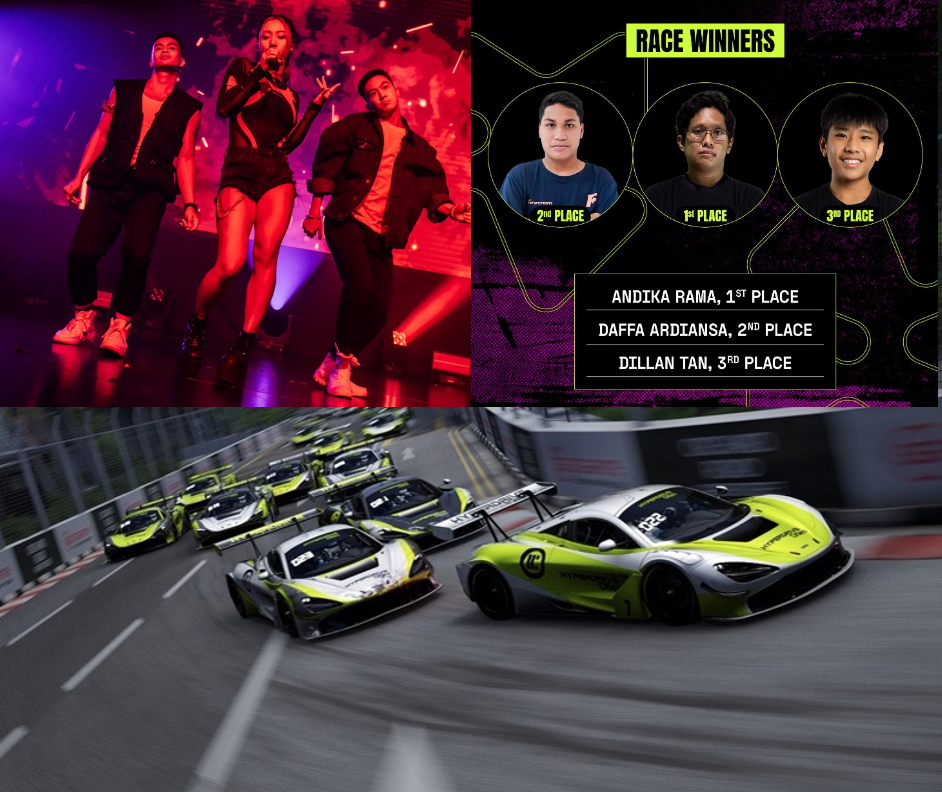 Indonesia’s Andika Rama Maulana was crowned the champion of the Hyperdrive Cities Sim Racing Championship 2022 after he edged compatriot Daffa Ardiansa and Singaporean Dillan Tan to the title.

It was Andika’s second consecutive title on the Orchard Road Street Circuit, which helped him earn S$3,500 in the process.

Said Rama, “All thanks to the organisers Legion of Racers who make this event really big, and thanks to everyone for all the support.

“This year we have many  fast drivers more than last year.

“Daffa, Dillan, Moreno all these youngsters really fast so I had to practice even harder to stay on same pace with them.

“Luckily all the hard work paid off in the end!

“The track is really challenging and I love to be pushed to the limit.”

A total of 120 sim racers registered for the championships with sim racers from Indonesia and Singapore forming the bulk of entries.

The plan is to work on developing a Kuala Lumpur track for 2023.

“We are constantly working on improving the value offerings for Hyperdrive Cities,” said Lim.

“This year, we added the live entertainment element which included artistes like RRILEY, Haneri (photo below) and DJ NashD, along with electric go-karting at Racehub, and also had members of the public try out the sim racing rigs at *SCAPE.”

“Our plan is to work on a track for Kuala Lumpur next, which we hope will excite sim racers in Malaysia.

“None of these would have been possible without the support of all our sponsors and partners, including Singapore Tourism Board.”

Apart from the sim racing and entertainment, Hyperdrive Cities also worked with the Muslimin Trust Fund Association to provide playing and engagement opportunities for 40 beneficiaries from orphanages under their care.

Hyperdrive Cities Festival ambassador Bianca Bustamante, a W Series driver was on hand to provide her thoughts for the beneficiaries.

“Our aim has always been to connect with the community and we will continue to work with community partners to ensure that being involved in motorsports remains within the reach of all levels of society,” added Melvin Moh, co-founder of LOR.

10 Singapore icons you will see on the new Orchard Road Street Circuit, courtesy of the Legion of Racers.