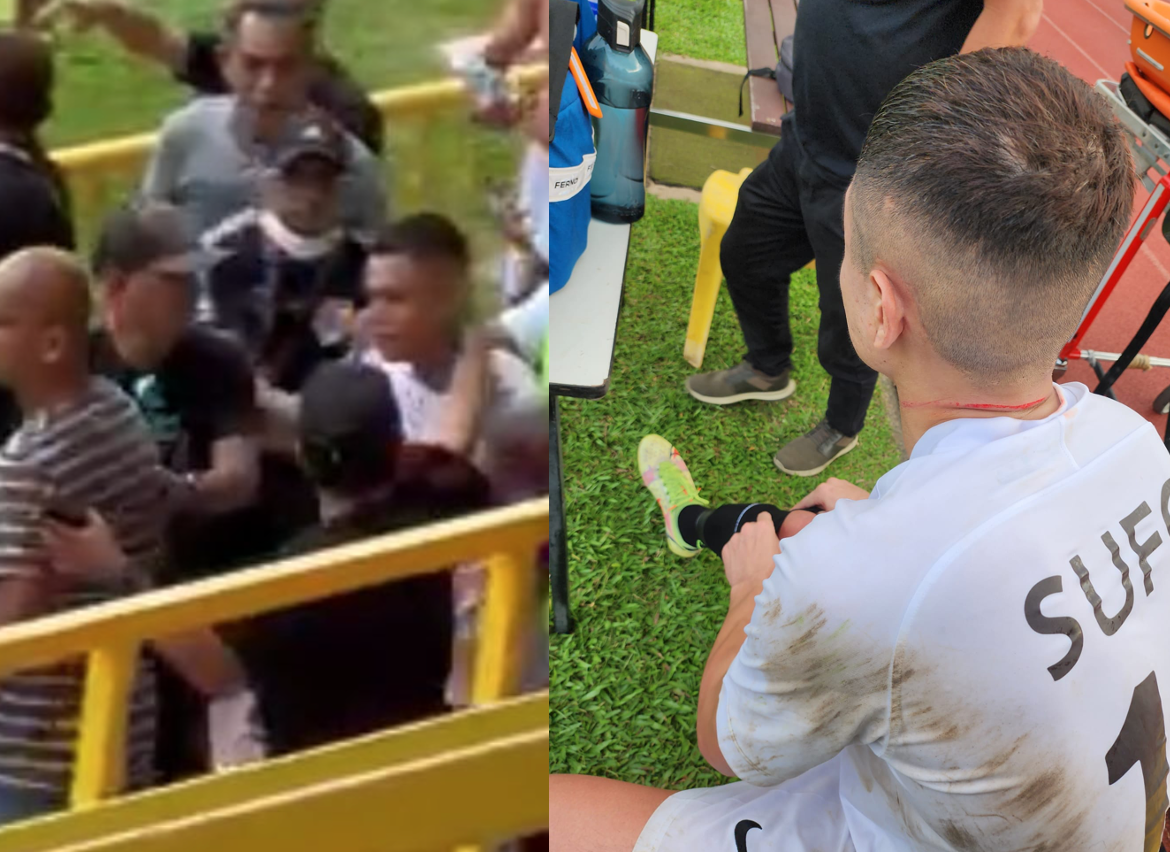 Islandwide League club Simei United have filed a police report after one of players was allegedly hurt with a weapon during an Islandwide League match against Geylang Serai FC held on 30 October at Bedok Stadium.

Sources close to TMSG have also confirmed that Simei United club officials have also been asked to provide their statements to a police investigating officer.

To recap, a player from Simei United – Danial Razali – was allegedly assaulted with a weapon at the match as he was headed back to the dressing room following the end of the first half.

A photo sent to TMSG by a reader showed Danial having a long laceration mark at the back of his neck and was bleeding.

In a DM sent to TMSG, Danial confirmed that he went to a hospital for a check following the assault.

“It could have been worse for me and my team-mates,” he said.

Following TMSG’s first story, another reader submitted a video of the incident which showed players from both sides being separated by officials at the venue.

More photos sent to TMSG also allegedly show a man with a black cap with his right hand behind Danial’s neck.

It is understood that this was the point at which Danial may have been hurt with the weapon, according to a witness who shared details with TMSG.

In addition, more information has since come through about what transpired at the match.

Witnesses who spoke to TMSG about the incident also allege that officials from Geylang Serai tried to provoke them to a fight outside the stadium, a call which was ignored by officials by Simei United.

This story was written based on eyewitness accounts on the ground. If you have a story for us, drop us an email to hello@tmsg.sg or send us a DM on our socials.