Broken, but the 2010 Youth Olympic Games will forever remain in their memories. 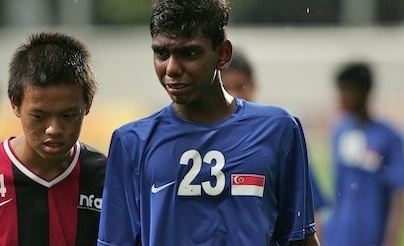 The 2010 Youth Olympic Games football team were the darlings of the inaugural global competitive event which Singapore hosted.

With queues forming for tickets, and in front of a packed Jalan Besar Stadium, fans began to rattle off names of the players like Jeffrey Lightfoot, Hanafi Akbar and Fashah Iskandar.

Labelled as the future, they were christened the Cubs, and with a bronze medal to boot at the Games, hopes were high among football fans that the boys would have formed the backbone of a future Singapore national football team.

Even former Football Association of Singapore (FAS) president Zainudin Nordin said in 2010 that he was “really confident that these boys have lots of potential.”

“If we put the supporting infrastructure, trainings and sports science, these boys can go as far as they can,” he said then.

But one of the team’s anchors in defence Dhukhilan Jeevamani felt that the team did not have much opportunities after the tournament.

In fact, none of the members of the team have been capped as senior Lions.

Some quarters in the football fraternity have also suggested that this is one of the reasons why the ties between the team’s coach Kadir Yahaya and the FAS have been frosty, as not much effort was placed after the YOG to keep the team in place and continue playing together.

Dhukhilan, a member of the bronze medal winning side, said in an interview on the Go Beyond Series, a project between tech and logistics firm Bluorbit and strategy firm SW Strategies that there was all-round anger among the boys after the lack of playing time following the 2010 YOG.

And two years after the YOG, Dhukhilan, now 26, unleashed a venomous shot from almost the mid-way mark of the pitch at Queenstown Stadium to score a goal in 2012 for the National Football Academy team he represented, footage of which was captured by his elder sister.

“It was in 2012, the I scored that goal against Tanjong Pagar Prime League team,” he said.

“And I can clearly remember how it all went about.

“The team and myself were not given any opportunity to further improve ourselves.

“I remember going into games quite angry so I think that might have contributed to how I scored that goal.”

He said his instinct was to hit the ball as hard as he could the moment it came his way, after a pass from a team-mate.

“And I told myself you know what just kick the ball as hard as you can and just go for it.

“I clearly remember kicking it and the next thing I know when I looked up the ball flew into the net,” he recalled.

In the aftermath of the goal, Dhukhilan, who is now a Finance undergraduate, said he felt I “so relieved for that five to 10 seconds” following the goal.

“I just felt free for 10 seconds and so happy for my team-mates and everything.

“You could see from the celebrations that everyone was so happy.

“We all ran across the pitch together and hugged one another because we all really felt angry with the whole situation,” he said.

As Lightfoot said in a 2020 interview with the Straits Times, “The whole YOG was a magical experience.

“What happened after was unfortunate, but we tried to make the most of whatever training sessions and games we had together. And that’s what made it special.”