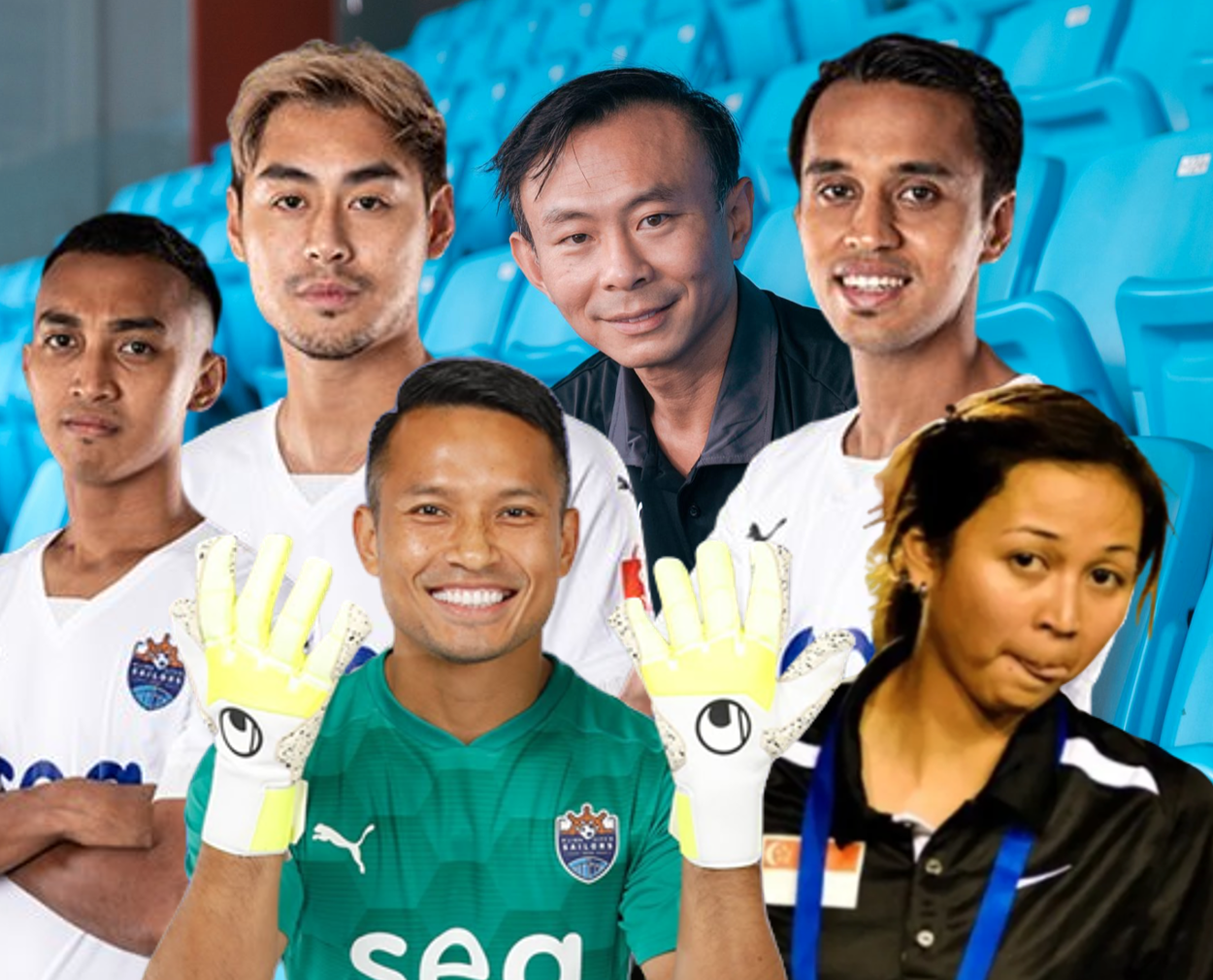 Six players – including star names Hassan Sunny, Faris Ramli and Gabriel Quak – and a substantial number of backroom staff have been shown the door at Lion City Sailors.

Among the backroom staff who have been given the boot include the club’s and Singapore’s head physiotherapist Nurhafizah Abu Sujad (photo below), and former international Adi Saleh, who was a match analyst with the Sailors.

On 20 October, TMSG had reported how four national players – Hassan, Faris, Quak and Shahdan Sulaiman – whose total wage bill at the club are in excess of $500,000 in total a year, were not going to be retained on the club’s roster.

However, it appears that there may be more than meets the eye as the club, a vanity project by SEA Ltd’s owner Forrest Li, reacts to the diminishing value of its tech assets like e-commerce portal Shopee.

Other players out include Ikram Rifqi and Naqiuddin Eunos while the other backroom staff include sports trainer Danial Feriza, head of performance Mario Jovanovic and football physiologist Firdaus Maasar.

“2022 has been a poor season for us – we have not hit the targets we set for ourselves,” said Chew (photo below).

However, he said that the club’s ambitions remain unchanged and the club just needs a reboot.

“We believe we need a strategic reset to get us back on track and help our Sailors return with a much-needed renewed spirit as we prepare to attack the 2023 season,” he said.

“We are confident that we will see a different – renewed and reinvigorated – Sailors next season.”

While news of the departures dampened the end of year festive spirit after the season, with the announcements likely to affect the national players who are not out of contract and out of a job, Chew said that there were some positives to be drawn from the 2022 season.

“The operationalisation of Singapore’s first integrated football training facility at Mattar Road, the club’s record-setting performance in the club’s maiden Asian Champions League campaign, the meaningful deepening of our relationship with our German partners, Borussia Dortmund, and our women’s team taking important strides to improve the women’s game here” were among the notable moments to cherish for the year, said Chew.

It now remains to be seen who the club will hire as their next in-charge, given that interim coach Luka Lalic has not been a fit, and who they bring on board to replace Hassan.

The club failed to defend their title and crashed out of the Singapore Cup despite being in a group with Young Lions and Balestier Khalsa.