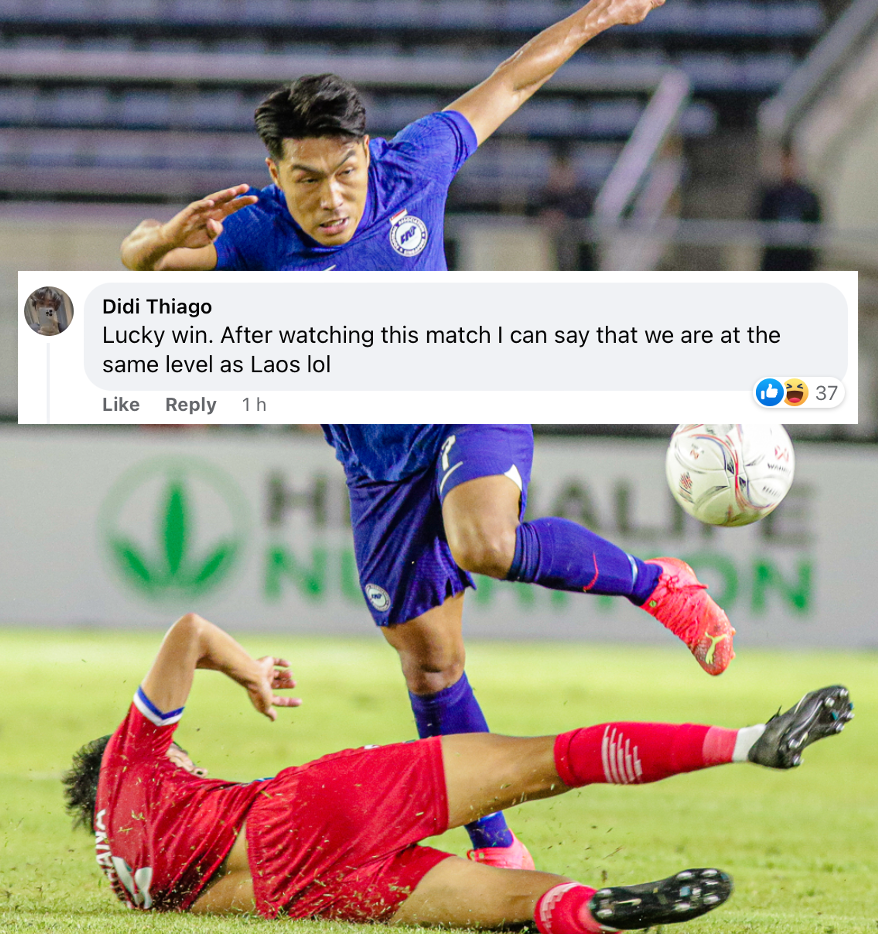 But despite scoring its second win in as many matches, Singapore football fans shared their disappointment with the way the Lions played, leaving many unsavoury comments on the Football Association of Singapore’s Facebook page.

See a section of the comments below.

There were fans who did leave some encouraging messages for the Lions as well.

The Lions will face off against Vietnam on 30 December at the Jalan Besar Stadium.