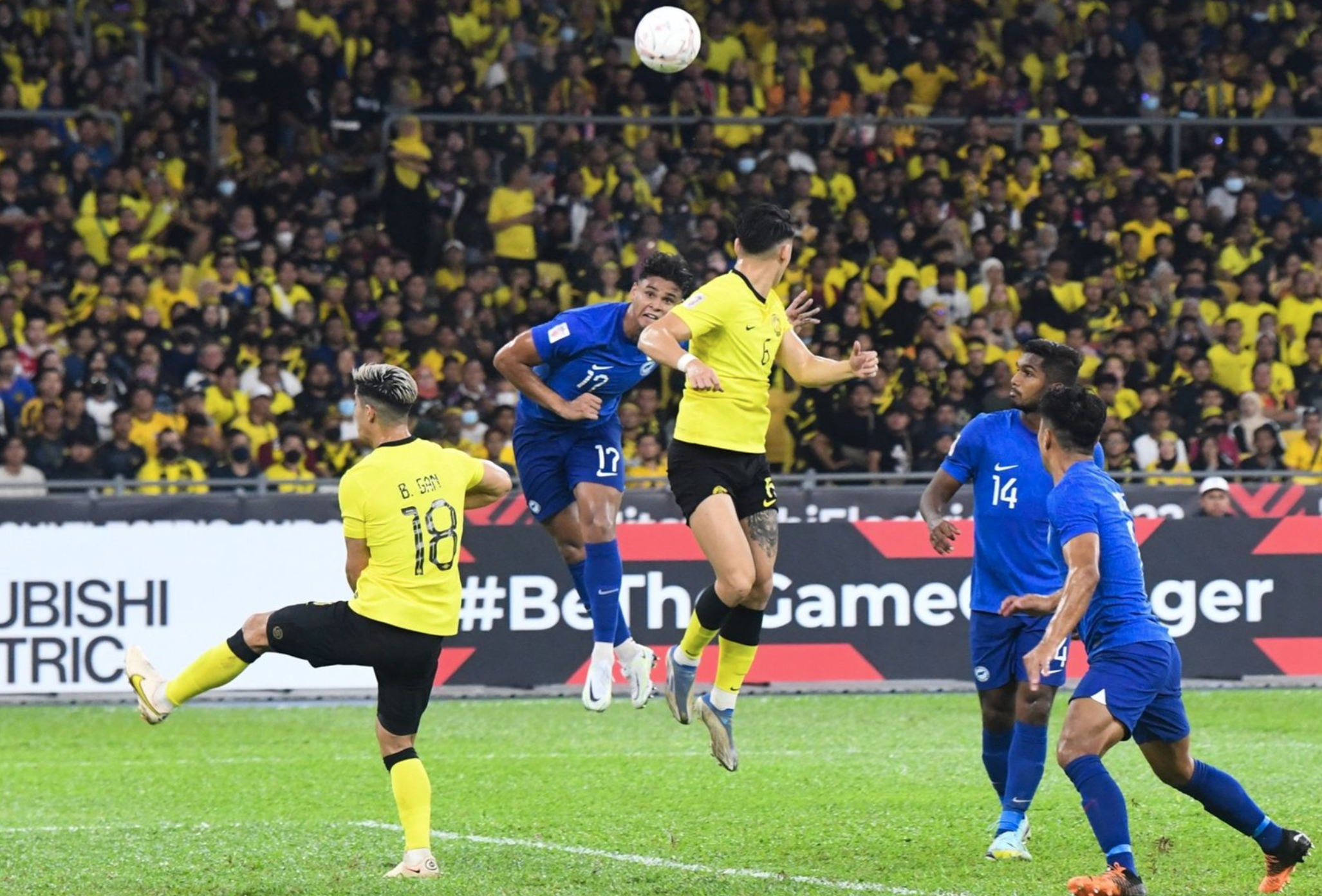 In the end, it was a case of football boys versus football men.

A team with a revered and well-known South Korean coach versus a team with an unknown Japanese coach without any international experience at all.

And in the end, a 4-1 defeat by Malaysia in the final Group B ASEAN Football Federation Mitsubishi Electric Cup clash was the final nail in Singapore’s coffin, perhaps a wake-up call for the people in charge of plotting Singapore’s football fortunes.

The Lions finished the group matches in third spot, with only seven points to show after wins against Myanmar and Laos and a draw against Vietnam.

For the Lions, it was taking two steps back after making the semi-finals of the tournament only a year ago.

This time around, Takayuki Nishigaya’s Lions could only defend for slightly more than half an hour until a  Darren Lok header in the 35th minute off a cross by Safawi Rasid opened the floodgates for Malaysia.

Stuart Wilkin’s brace and another by Sergio Aguero made the scoreline embarrassing for the Lions, Singapore’s worst defeat to the Malaysian Tigers since the 4-0 defeat at the 2002 competition at the National Stadium.

Commentator Mark Richmond referred to the Lions as impotent, given that the front line was bereft of an out and out striker with a proven track record of scoring for fun.

Faris Ramli, who only came on as a substitute in the second half, made the scoreline a little less shameful for Singapore and the Football Association of Singapore by making it 3-1, only to see the Lions concede again barely two minutes later.

And unlike in the clash against Vietnam where the Lions were able to grab a point, Nishigaya’s tactical play backfired this time around and Singapore exited the Bukit Jalil Stadium and the tournament with nothing to show.

Singapore fans will be cursing at the tournament organisers for the non-existence of the Video Assistant Referee (VAR), because if it had been deployed, Safari would have most definitely have been sent off for elbowing Shakir Hamzah early in the clash.

Alas, there is no point harping on what could have been.

For Singapore, it is back to the drawing board once again, with the football hurt set to continue for the die-hard fans.