Ilhan Fandi’s debut in Belgium on hold as he heads for knee surgery. 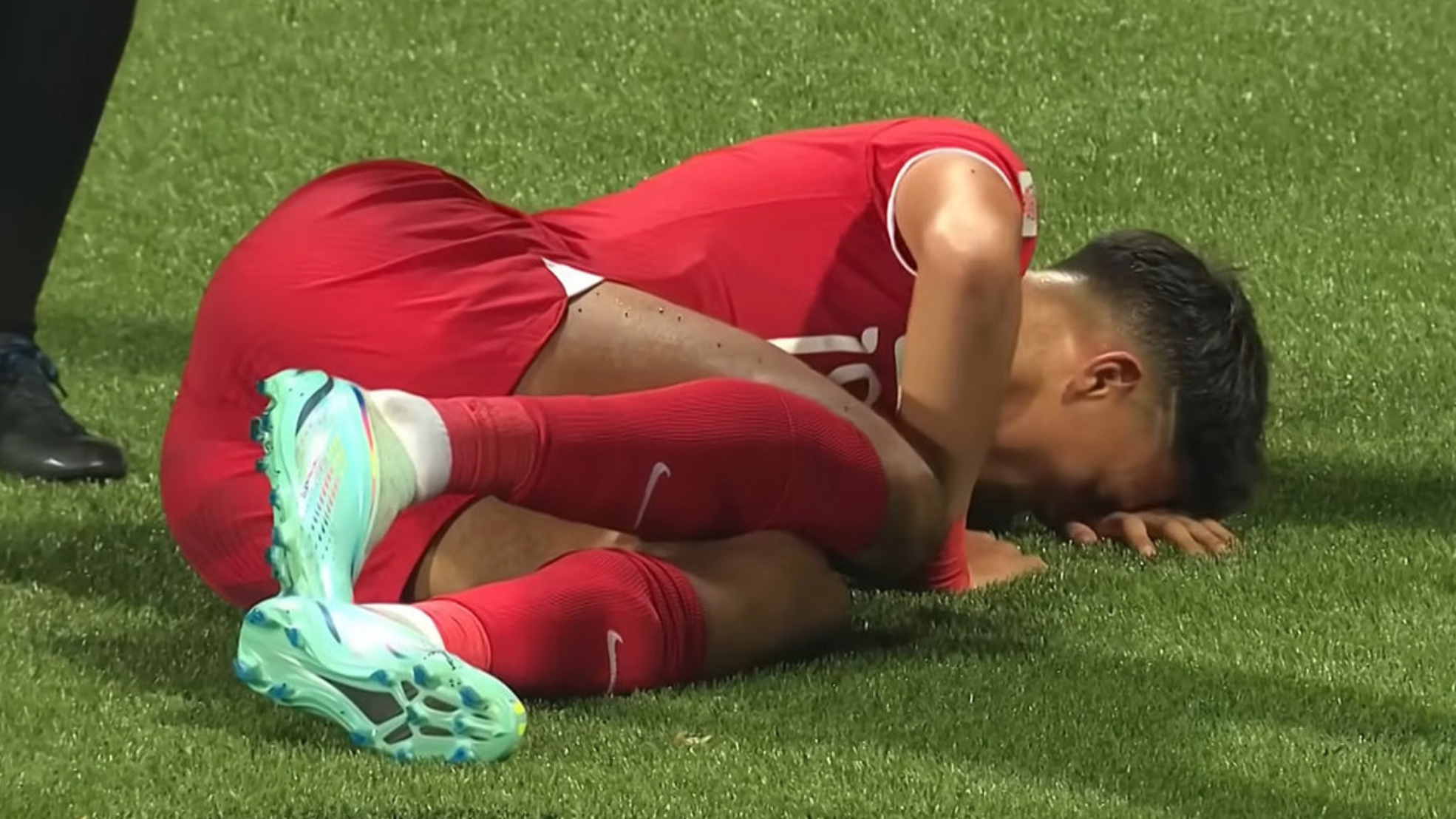 Singapore striker Ilhan Fandi’s dreams of playing in Europe have been put on hold.

The 20-year-old will undergo surgery on 11 January to repair a complete tear of his left anterior cruciate ligament.

The Football Association of Singapore (FAS) said in a Facebook post that the national football body will cover all costs related to the surgery.

“Post-surgery, Ilhan is expected to be side-lined for six to nine months while he undergoes the appropriate rehabilitation programmes,” added the FAS in its statement.

“The FAS are currently in discussions with Belgium club KMSK Deinze regarding further plans for Ilhan.”

The forward suffered the injury on 30 December at the Jalan Besar Stadium in the ASEAN Football Federation Mitsubishi Electric Cup Group B clash against Vietnam, just two weeks after his older brother Ikhsan Fandi also limped off the turf artificial after sustaining an injury in a friendly against Maldives.

Midfielder Adam Swandi also hurt his knee in the same match against Maldives, with both players announced soon after as being unfit for the AFF Mitsubishi Electric Cup.

“We wish Ilhan a successful surgery and a swift recovery as we look forward to having him back in national colours soon.”

In an Instagram story, Ilhan said that he will be back stronger.