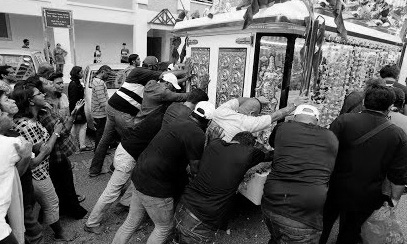 The Singapore Government needs to consider legislating a Sports Safety Act, as an updated, comprehensive and all-encompassing national sports safety strategy and framework to help protect lives is critically required in Singapore.

The spate of sports-related deaths over the last few years makes it vital that the Government looks at a Sports Safety Act to send a clear signal that lives do matter and that another death is one death too many.

The list of sports-related fatalities makes for a painful, grim reading.

In addition to the list above, there were a total of 325 accidental drownings from 2006 to 2016, according to the statistics compiled by the Singapore Life Saving Society. An updated version of the Sports Safety Committee report in 2015 also revealed that there were 38 sports-related deaths at public sports facilities managed by Sport Singapore from 2007 to 2013.

With more people exercising, or being encouraged to take up sport and stay healthy, the risk of sports-related deaths and injuries would also increase.

In addition, the increasing popularity of sports entertainment fights have also led to the emergence of many promoters of such events without a national set of overarching protocols to refer to or adhere to. Each is being governed by their own set of industry rules, with absolutely zero regulatory oversight.

Also, while the Sports Safety Committee under the auspices of Sport Singapore updated its safety report in 2015, the report does not provide a clear strategy for action, and merely provides updated points from an earlier report which was completed in 2007. In essence, it has been completed almost like an academic research report.

Even so, the questions which need to be asked are how have the safety recommendations in the 2015 report been articulated to all relevant stakeholders? What were the desired outcomes which were being sought from the list of recommendations given? How do we measure its effectiveness? Who do we hold accountable in the event of a fatality?

A Sports Safety Act, similar to the Workplace Safety and Health Act will instil a nationwide discipline towards sports safety. Quebec, New South Wales, and the states of Pennsylvania and Wisconsin in the United States are examples of places which have enacted sports safety in one way or another.

Sports safety is more than just medical screening, the provision of safe facilities for sports and medical coverage. It also needs to cover the protection of athletes, our children and the public from potential sexual predators, and have total oversight over event sanctioning in an ever-changing industry.

Safety in sports cannot be just the responsibility of Sport Singapore, and the list of volunteers in its Sports Safety Committee.