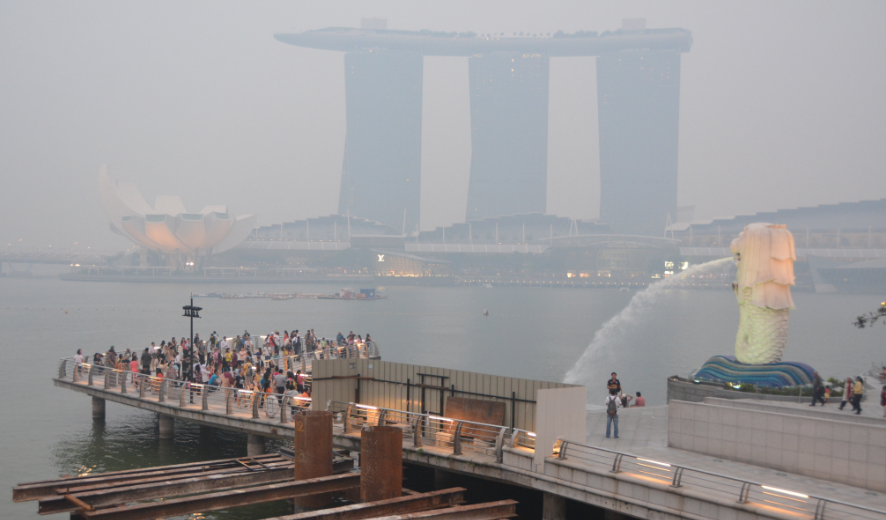 The Transboundary Haze Pollution Act (THPA) which was enacted in September 2014 appears to be just a toothless Act.More than two years after Asia Pulp and Paper (APP) and its suppliers were served notices for causing the haze episode of 2015, there has been no action against the company or its suppliers. And it doesn’t look likely that there will be any closure.

Not like APP is complaining anyway, despite having its tissue products like Paseo being taken off the shelves for two years now.

In September 2015, at the height of the worst haze episode to plague Singapore, the National Environment Agency (NEA) served APP a legal notice under Section 10 of the Act requesting information on four of its suppliers, as fires had been detected on their lands.

The four APP suppliers – Bumi Andalas Permai, Bumi Mekar Hijau, Sebangun Bumi Andalas Woods Industries and Rimba Hutani Mas – were among the six. The other two were Bumi Sriwijaya Sentosa and Wachyuni Mandira, whose cases have since been closed.

In 2014, Singapore enacted the Transboundary Haze Pollution Act, which came into force on Sept 25, 2014. Essentially, the Act makes it an offence for any entity to engage in conduct, or to condone conduct, causing or contributing to haze pollution in Singapore.

Apart from criminal liability, the Act also creates statutory duties and civil liabilities.
In March this year, the NEA said that APP had been opaque with its information, which probably meant that taking any action would not be possible without the necessary information requested from the company.

It is also highly possible that APP is probably being advised not be submit information to the Singapore authorities. This can be concluded through Indonesia’s response when the THPA was enacted, when Indonesia’s Environment and Forestry Minister Nurbaya Bakar said that Singapore should not step further to enter Indonesia’s legal domain on the issue of forest fires because the two countries did not have an agreement in the matter.

She added that “the protocol on forest fires in the Transboundary Haze Pollution Act (THPA) is a multilateral agreement, so there was never a bilateral agreement between Indonesia and Singapore. Previously, Singapore’s Environment Minister always gives an assessment on policies in Indonesia, for instance, on peatland, it should be like this and like that. That to me, is not an attitude that showed mutual respect.”

To Indonesia, it is a matter of sovereignty and it is unlikely to allow a foreign government to take action against a domestic company. This is akin to committing political suicide.

In Parliament in August 2014, Dr Vivian Balakrishnan, then-Minister for the Environment and Water Resources said the Act “is not intended to replace the laws and enforcement actions of other countries, but it is to complement the efforts of other countries to hold companies to account”.

He further added that “we, in Singapore, cannot simply wait and wishfully hope that the problem will be resolved on its own. The Singapore Government would want to send a strong signal that we will not tolerate the actions of errant companies that harm our environment and put at risk the health of our citizens”.

And while the to-ing and fro-ing takes place between NEA, APP and whoever else is in between the investigations, one thing has been made clear.

The THPA, in its current form does appear rather toothless as it has not been able to bring about closure to a two-year long investigation.
On APP’s part, its products are still off the shelves.

However, its distributor in Singapore – Universal Sovereign – is currently distributing PurrSoft, yet another tissue brand.

This opinion piece is published with permission from The Online Citizen.