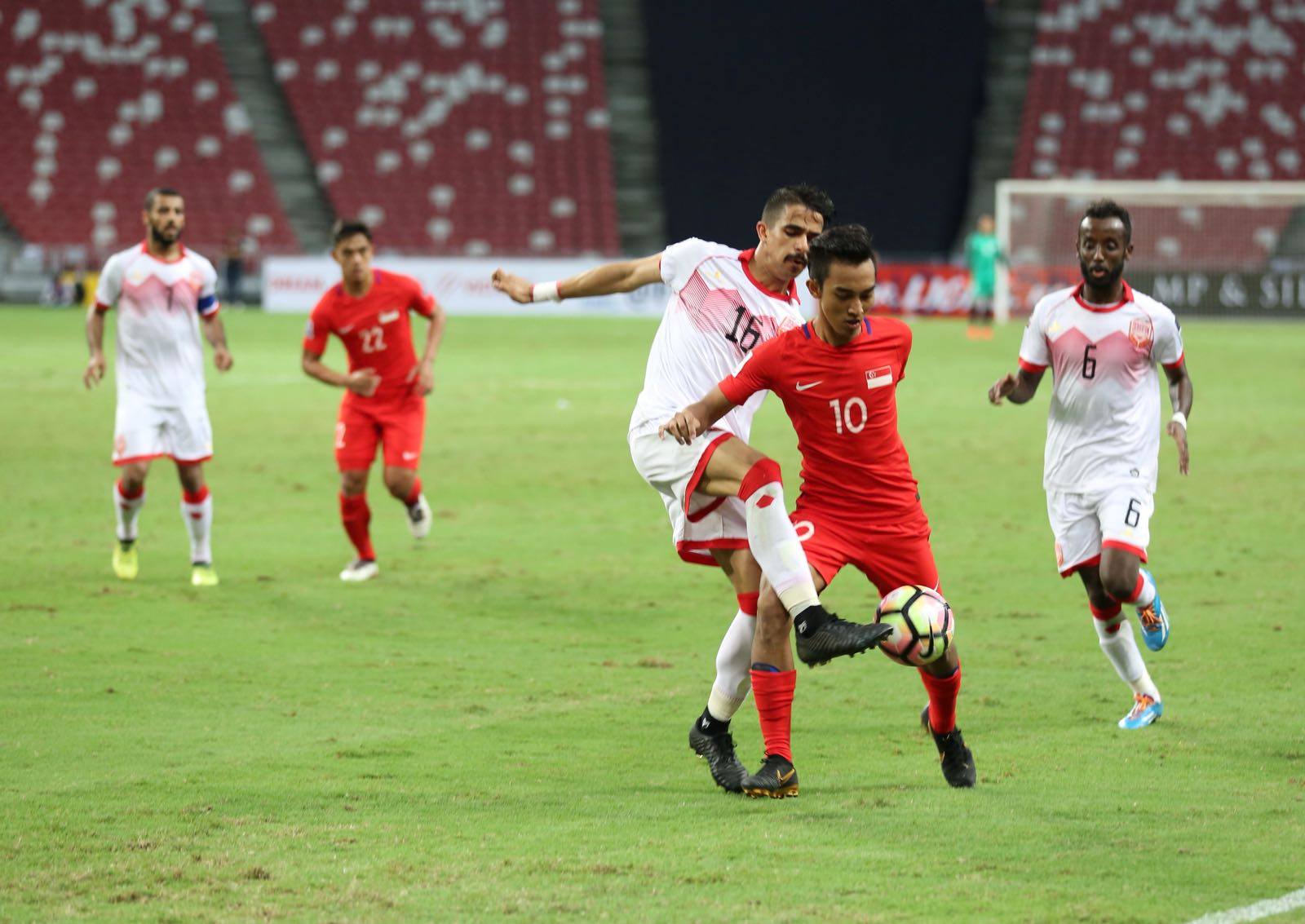 Singapore football stooped to yet another low after a 3-0 loss to Bahrain at the National Stadium on 14 November in a Group E 2019 Asian Cup qualifier.

The loss condemned the Lions to qualification abyss and will in all probability end with them finishing at the bottom of the pile after the final match against Chinese Taipei in March 2018.

Despite the loss, the Football Association of Singapore (FAS) hailed the Lions for putting up a ‘brave display’ in its match report.

Singapore national coach V. Sundram Moorthy said after the match that he was disappointed with the way the team conceded “soft goals” en route to the defeat.

The Lions had managed to get a 0-0 draw against Bahrain in Manama in the opening tie.

“We conceded soft goals and for 60 minutes we were there. My game plan was disrupted after being forced to make three tactical changes, with Shawal injured, Irfan injured. When Irfan was there, we were solid, he dealt with the high ball and crosses and he twisted his ankle. We only have one Irfan – when he left, it was totally a different game.”

All of Bahrain’s goals were scored in the second half, with the Lions heading into the breather tied at 0-0.

The Lions, who have now gone one year without a single victory, will play their final 2019 Asian Cup qualifying match against Chinese Taipei on 27 March 2018 in what will be an inconsequential match with both team out of the 2019 Asian Cup.

For Sundram, surely it must be heading back to the drawing board to start planning for the 2018 Suzuki Cup.