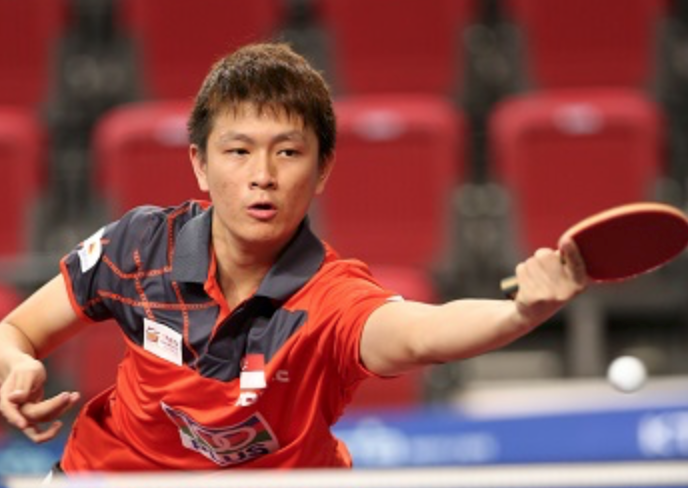 Singapore’s national table-tennis player Clarence Chew looks set to miss the 2018 Commonwealth Games at the Gold Coast in Australia and the 2018 Asian Games in Jakarta.

A member of Singapore’s gold medal winning team from the 2014 Commonwealth Games in Glasgow, 21-year-old Chew was not able to seek another deferment from his National Service commitments.

He is currently serving his Basic Military Training and will most probably miss out on the two major Games in 2018.

Chew had been on a specially-tailored five-year programme at the Republic Polytechnic and had already deferred his NS commitments before for the 2015 and 2017 Southeast Asian Games which were held in Singapore and in Kuala Lumpur.

He will also need to head back to Republic Polytechnic to complete his studies after his NS commitments are complete as he was not able to complete his course when he was enlisted.

Apart from the gold medal at the Commonwealth Games in 2014, Chew was also a member of the SEA Games men’s gold medal winning sides in 2013 and 2015.

A list of all of Chew’s achievements can be found here.

Chew could not be reached for comments for the article.