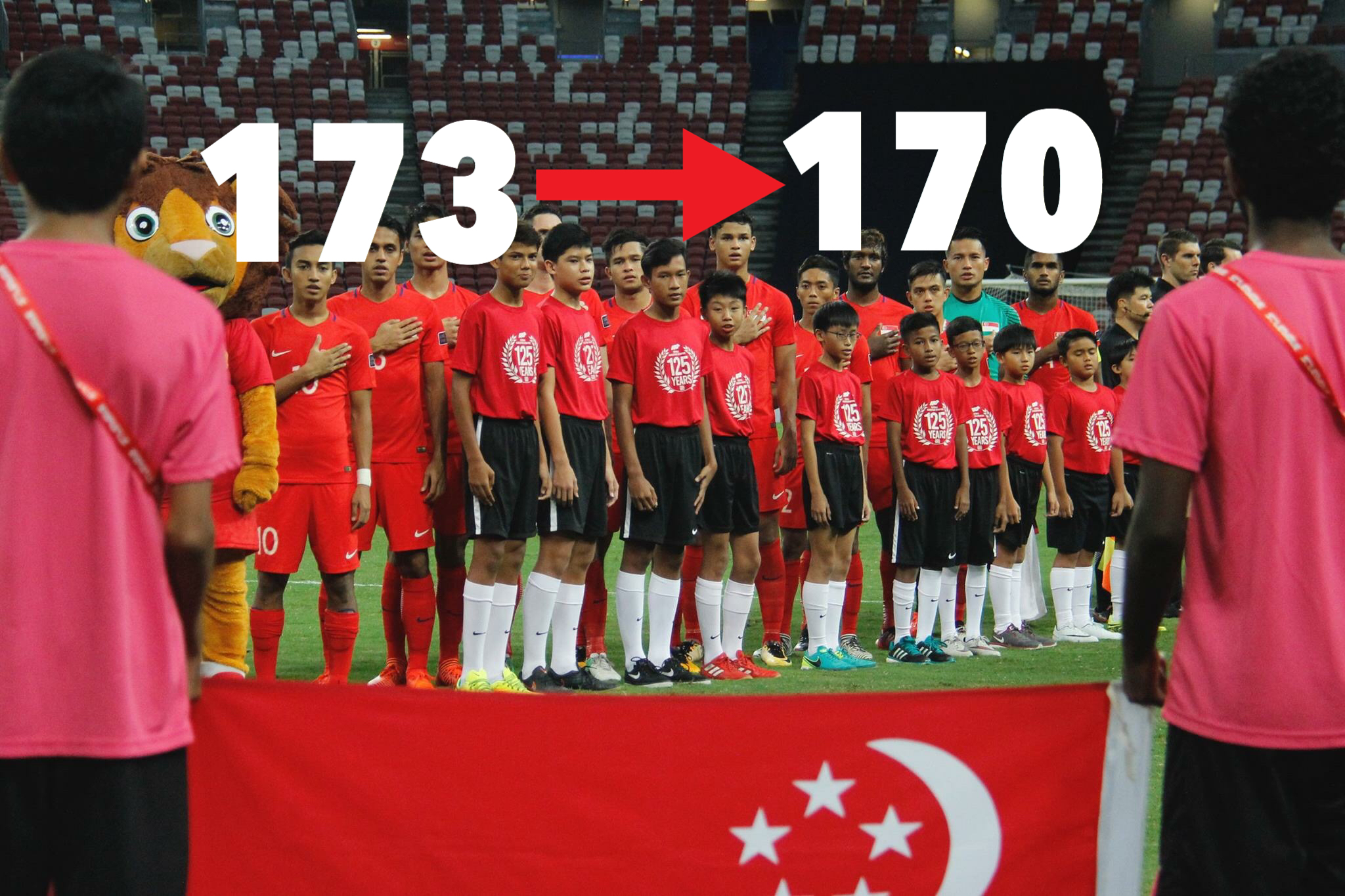 The Singapore national football team had some reason to cheer on 23 November after the latest FIFA rankings were released by the world body.

While many knives were being sharpened in anticipation of the rankings because of the Lions’ two losses against Lebanon and Bahrain, the rankings showed that Singapore had moved up from being in 173rd position to being joint 170 with Nepal, Cuba, Cambodia and St Vincent and the Grenadines.

Neighbours Malaysia dropped four spots to finish the month in 174th position along with Kosovo.

Iran were Asia’s highest ranked side at 32 while Pakistan was right at the bottom in 201st spot.

In Southeast Asia, the basketball-crazy Philippines were ranked highest in 118th position while Timor-Leste was the lowest ranked in 196th spot.