Billionaire Peter Lim disappointed with Irfan Fandi. Our footballers are “mentally not ready”. 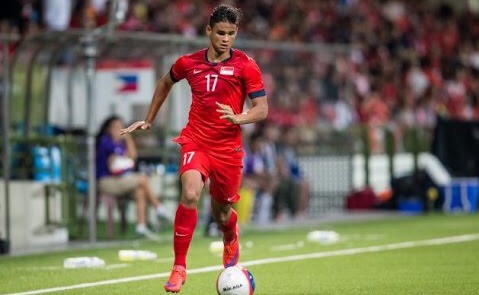 Billionaire owner of Spanish LaLiga side Valencia Peter Lim has expressed his disappointment at national footballer Irfan Fandi, the eldest son of Fandi Ahmad, who rejected a move to Portuguese side Braga.

In a statement carried in the Straits Times, the office of Mr Lim said: “We have been helping local footballers like Irfan look for such rare opportunities to play in Europe.

“However, we find that our footballers are mentally not ready for the challenge. Professional football is very tough and that’s why rewards are very high.

“Many 17- or 18-year-old boys are now already breaking into top-level professional football. Braga are a top-level club that have played in the Champions League.

“There is no easy ride to the top and opportunities are extremely hard to come by. We are very disappointed.”

The statement comes after both the Straits Times and Channelnewsasia carried stories of how Irfan had rejected a move to Braga on a two plus two year contract.

Irfan cited the clauses in his contract as well as loneliness as factors.

Braga is a Portuguese top division side which finished fourth last season, and has also played in the European club competitions.