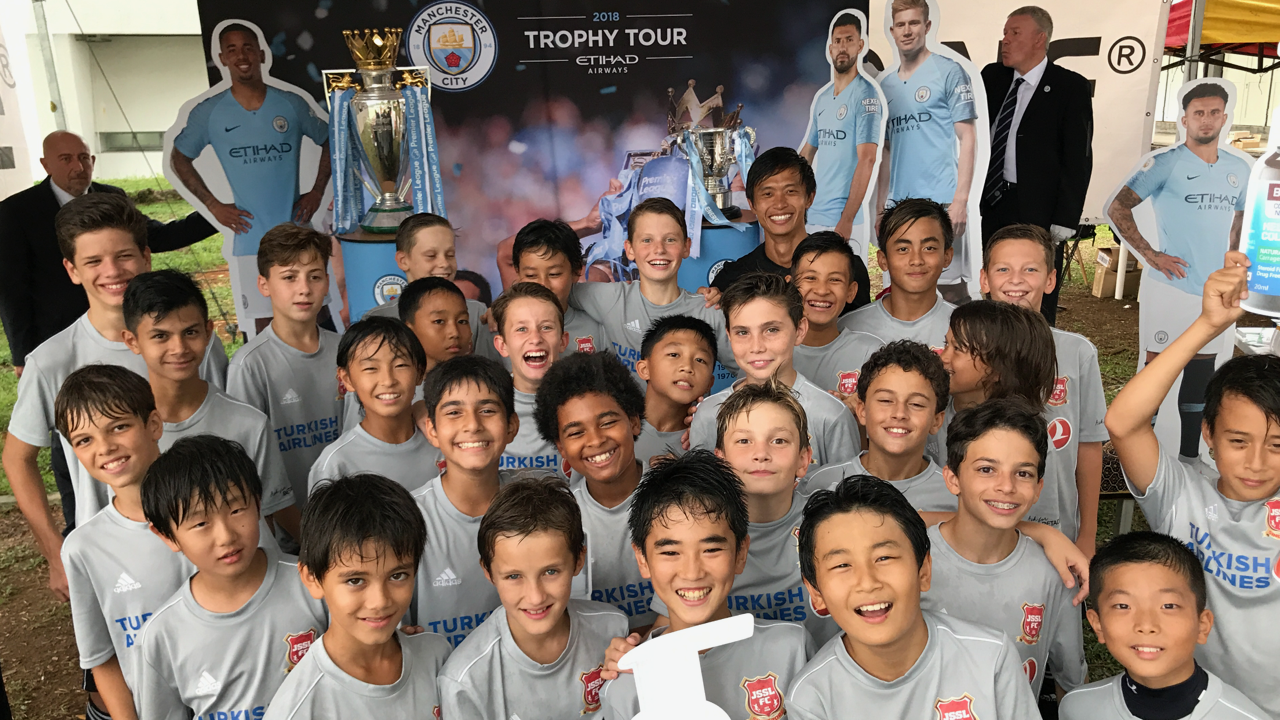 Football fans, members of the public and players of JSSL Singapore managed to get up close with two of Manchester City’s latest additions to their trophy cabinet when the English Premier League trophy and the Carabao Cup were displayed on Tuesday, 18 September.

More than 100 young fans and members of the public managed to get an up close look at the trophies which the 2017/2018 English top flight champions added into their silverware cabinet.

Last year Mundipharma CEO, Raman Singh, signed an agreement for its consumer healthcare brand, BETADINE®, to be the Official Healthcare Product Partner of Manchester City globally. BETADINE® is also an Official Partner of the JSSL in Singapore and, in the spirit of insipiring the next generation of Singapore’s football talent, facilitated this trophy display.

Said Gavin Lee, General Manager of JSSL Singapore: “For our players, this was an opportunity to be inspired by the sight of two of the most recognisable trophies in the world. We are also happy to have been able to host the members of the public, who found the trophy display a visual treat.”