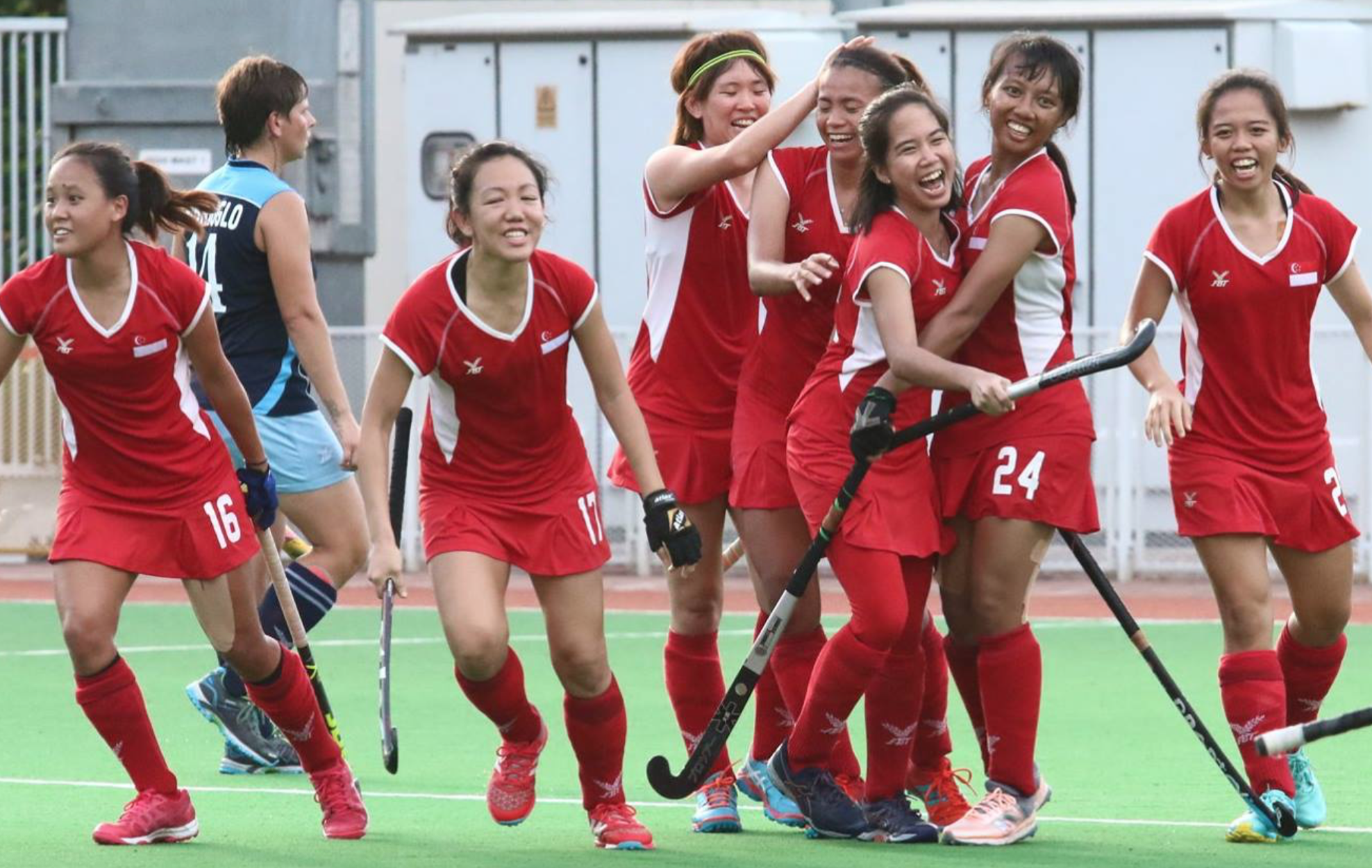 When the curtain came down on the Hockey Series Open 2018, the national women’s team had achieved a third-place finish ahead of higher ranked Kazakhstan, but still missed out on qualifying for HSF 2019.

However, given their World Ranking, the team were First Reserve for the Finals.

And with the withdrawal of Austria, Singapore’s women’s team will now join the men’s team in Dublin at the event later this year.

The men’s team had already qualified by winning the Hockey Series Open 2018.

Singapore now joins an elite group of countries in Asia who have both men’s and women’s teams in the Hockey Series Finals, with the others being, China, India, Japan, Korea and Malaysia.

Said national coach David Viner: “Our focus now is to prepare our squad to be as competitive as possible.

“Many of the teams around the top 20 in the world and below of which there are five in our HSF group, are operating full time or very close to full-time squads. Singapore are very much a team of hard-working students or employed professionals. But each player puts in a remarkable amount of time and commitment in order to represent their country in hockey.”

The Singapore national women’s hockey team have had a reasonably successful 30 months since its runner-up win in the Asian Hockey Federation Cup in October 2016.

This helped the team qualify for the 2017 Asia Cup and saw it rise to 35 in the world ranking. Before the Asia Cup, it also picked up a bronze medal in the 2017 SEA Games in Malaysia and missed out of a place in the final by a single point after finishing third in the round robin tournament.

Said national women’s skipper Ho Puayling: “It is really a blessing and a rare opportunity to qualify for the Hockey Series Final in Ireland! Playing hockey in Europe is something I have always been dreaming about all the time after experiencing it in 2014. The team is thrilled as a lot of us have never stepped foot into Europe before.This opportunity is definitely something that motivates us to train and make the team.”

Added Tay Siu Hua, the national team manager: “We are extremely happy for this chance to play at Hockey Series Finals! The team is hugely excited and filled with lots of positive energy, pushing themselves hard to be at their very best in every training.”

President of the Singapore Hockey Federation Mathavan Devadas said: “The SHF has always given equal emphasis to both Men’s and Women’s programs with resources being evenly divided. It is therefore very gratifying to see both teams qualifying for Hockey Series Finals and playing with the best in the world.”

The HSF tournament we will play will be in Ireland from June 8 to 16 against some of the top teams in the world. Ireland were 2018 World Cup silver medalists while Korea Republic are ranked 11 in the world.

The Hockey Series is a qualifying event for the Olympic Games.

The Open series held in 2018 featured countries ranked 21 in the World and below. Qualifiers from the Open Series join the remaining teams ranked 20 and above in the Finals Series in 2019.

From the Finals Series teams will qualify for the Olympic Qualifying Series to be held in November 2019.