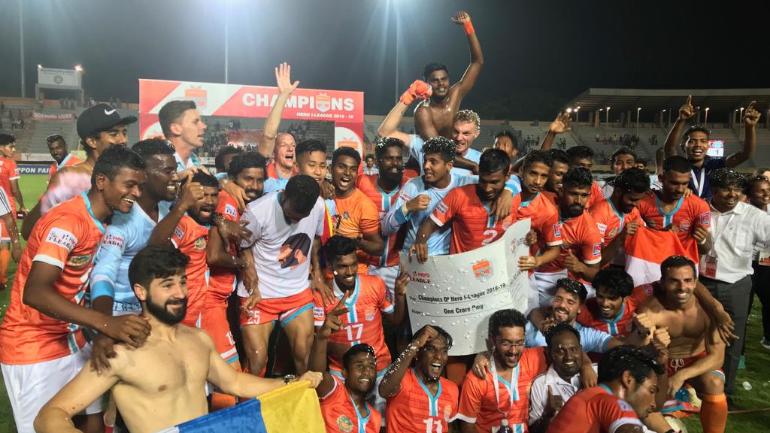 He became the first ever Singaporean to be hired as a coach in the I-League when he was taken in by Chennal City in 2018, and he has now ensured that the Singapore flag gets planted in Indian football as the leader of a championship winning side in the I-League.

The club is based in Coimbatore in Tamil Nadu.

In comments made after the title winning match against Minerva Punjab, the former Tampines Rovers and Global Cebu coach said: “All credit to the players. They showed their character today. They helped each other and they delivered. There was a lot of pressure. During the half time, I told them that during every single attack we should look for a goal.”

The team had gone a goal down at half-time but recovered to finish with a flourish.

Nevertheless, Akbar isn’t resting on his laurels. Said the coach who led Tampines to a runners-up finish in the league in 2016: “This is a process I repeat. The I-League win is a bonus. We have room for improvement. Next season we have to see how we can concede fewer goals and be more effective on the break.”

Akbar called for the unification of Indian football, with a national league involving 20 teams.

The Indian football landscape is made up of two leagues – the I-League and the Indian Super League.

The All India Football Federation has been mulling the unification of both leagues.

“I hope we are there next season. It is not for me to comment. I think there should be a unified league with 20 teams. The national team would benefit more. Every professional player should play at least 45 games a season,” said Akbar.

In comments made to the Hindu, Chennai’s owner Rohit Ramesh said his brief to Akbar as coach was clear when he was hired.

“Last year, he came on board as a consultant. We then had a plan and a vision for the following year. One thing which I made clear was that to ensure we have the local players and do the best as far as we are concerned. The style of play was up to the coach. The target was to improve on the eighth position and see if we can get into top-six. Top-four position was a bonus.”