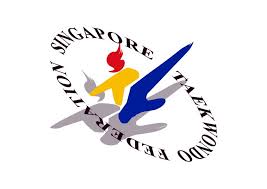 The Singapore Taekwondo Federation (STF) has been suspended by the sport’s international governing body.

Not only that, its affiliation with the Singapore National Olympic Council (SNOC) has also been suspended.

As a result of the suspension, SNOC will be setting up a committee to manage the selection of taekwondo athletes for this year’s Southeast Asian Games.

In a statement on Wednesday (May 8), the SNOC said that it had been contacted by World Taekwondo in October last year with the governing body expressing “concern” following the mass resignations of seven STF management committee members, and how the entire matter had been managed.

SNOC’s assistance was then sought to review the situation at STF.

“Based on the findings, the SNOC has grave concerns in the governance and high performance management of the STF,” said SNOC’s statement.

The suspension from SNOC is also meant to “prevent disruption of the development of taekwondo in Singapore and safeguard the athletes’ interests”,

The SNOC will be working with Sport Singapore to set up a Major Games Preparation Committee to manage the selection and training of the taekwondo athletes for the 2019 SEA Games.

A Google check will provide a string of stories which have surfaced involving the STF since last year.

First, there was a data leak in which the NRIC details of almost 800 minors were placed online on its website. Amazingly, the STF stated then that it was not aware of the Personal Data Protection Act.

Then, there were allegations of unaccounted funds, which were refuted by the STF.

In October last year, there was an exodus of senior management committee members including long-serving President Milan Kwee.

Then, a series of stories about how TKD exponent Ng Ming Wei had been treated put the organisation’s high performance management under scrutiny.