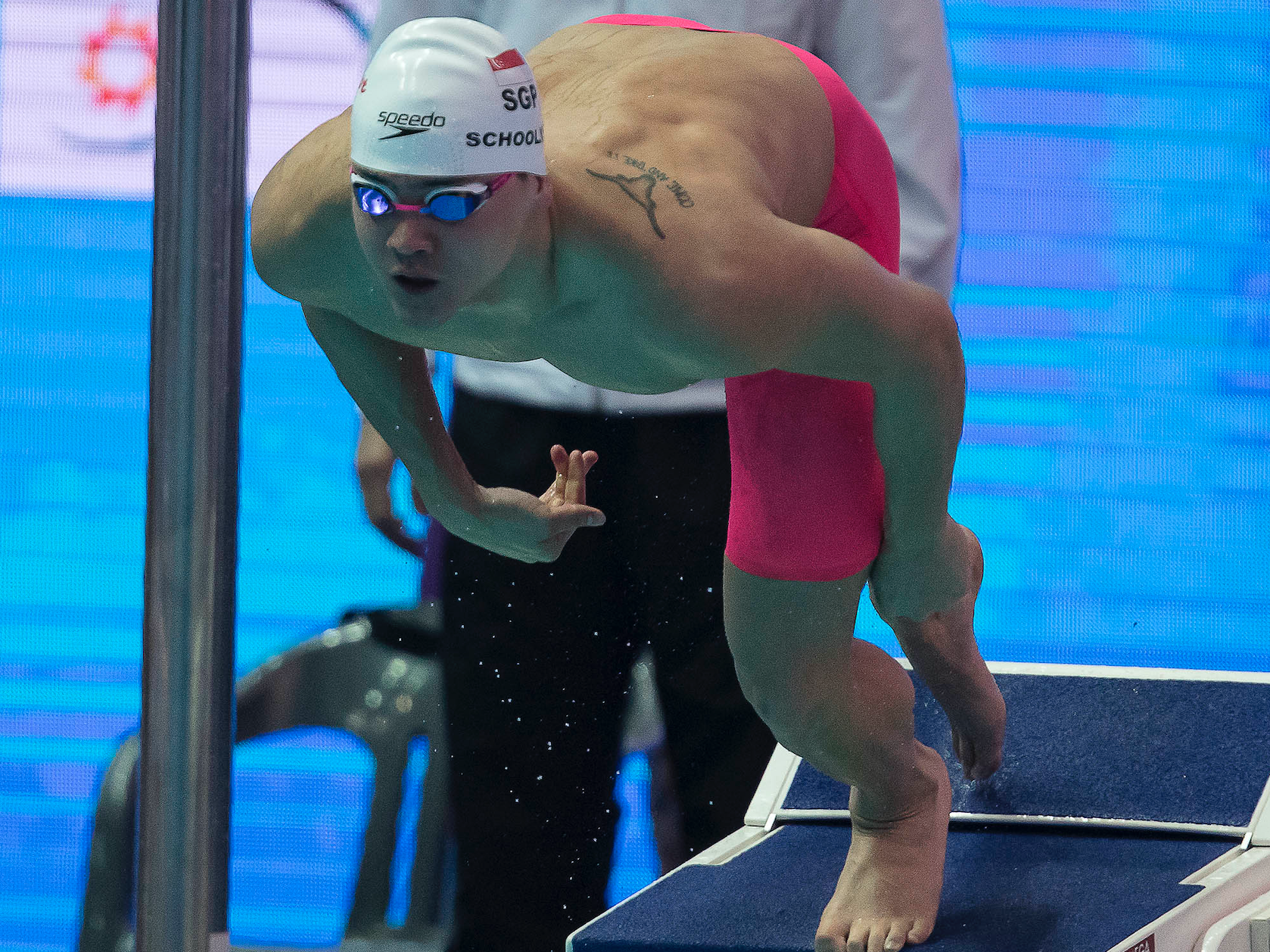 Singaporean swimmer Joseph Schooling has failed to qualify for the semi-finals of the 100m butterfly at the FINA World Swimming Championships in South Korea.

He clocked 52.93 seconds to finish eighth in his heats in Gwangju earlier on 26 July.

“I’m obviously very disappointed with the time but I’m not going to dwell on this performance,” Schooling said after the heats.

“Maybe I would have two years ago but no, there are a lot of positives to look at. It’s a reality check coming home. All I can do is to go back and fix the things I could have done and do better.

The shock is a huge setback for the 2016 Rio Olympics gold medallist in the 100m fly.

In June at the Singapore National Swimming Championships, he clocked 54.63sec.

The timing he set in Gwangju is also slower than the time he set at last year’s Asian Games in Jakarta when he sat a new Games record of 51.04sec when he picked up gold.

“I will come back a new swimmer. I have got a lot of work to do going into next year,” he said.

“This is something I had to go through and it’s better that this happened this year than next year. But the most important thing is I’m motivated and I want to do it. This has put fire in my belly and I need to just keep moving forward in my preparations for next year.”