The hunt is on for the first Karting in the City Champion. 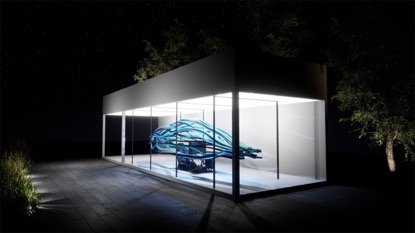 Ticket sales for the inaugural Legion of Racers (LOR) Festival of Speed™ (FOS) have started and one car enthusiast could well be Singapore’s first ever Karting in the City champion.

Organised by LOR – owners of Singapore’s first Sims racing league, the Festival of Speed is a series of racing-themed events held from the 13thtill 22ndof September, during the 2019 Grand Prix Season Singapore (GPSS), and is supported by Singapore Tourism Board (STB). Tickets to the event start from $4 onwards and is available on SISTIC.

S$1 will be donated to the Business Times Budding Artist Fund for every ticket sold.

From 13 till17 September, there will be a LOR Gallery of Speed which will be set up at the Mandarin Gallery along Orchard Road. The LOR’s Gallery of Speed will feature interactive experiences such as e-racing in race simulators, as well as “TUBE-ulence” – a specially designed race-inspired art installation piece, right in the heart of Orchard Road.

Participants will also stand to win a $500 prize if they are able to set the fastest time for the day. This daily prize will be eligible to all LOR’s Gallery of Speed ticket holders on the day of participation. Car enthusiasts can also take on the challenge on Gran Turismo Sport while taking hot laps in a Next Level Racing Simulator which will be fitted with Logitech G29 Wheels. In addition, the top three fastest e-racers from the Gallery of Speed will be seeded for the GameStart finals which will be held in October. GameStart is Southeast Asia’s premier gaming convention.

TUBE-ulence, which is open to the public, will explore the adaptive use of engine tubes to form unique e-racing and art installations.

From 19 to 22 September at the Grange Road Carpark along Orchard Road, members of the public can be the first to race on the streets of Singapore as an open-air carpark at Grange Road will be transformed into a karting track. Prices start from $35 for 10-minute sessions. On 20 September, the Grange Road carpark will host the LOR Arena of Speed Challenge, and will crown Singapore’s first ever Karting in the City champion. There will only be 32 slots available to the public, with an entry fee of $100. The top prize of the Arena of Speed challenge will be a race kart experience with Autoinc Racing.

Away from the city, shoppers at Cloud Piazza Jewel Changi can also get involved in the Festival of Speed by participating in a remote-control car race, which will be organised by Urban RC, Singapore’s premier radio control model car hobby store and events organiser.

Said Lim Keong Wee, co-founder of the LOR, organisers of the Festival of Speed, “Our goal has been to bring the public closer to all the motorsports action. As such, the Festival of Speed has been designed to be an inclusive race festival, created to ensure participation in a variety of high-octane activities for tourists, aficionados and the general public.”

Added Hong Tsui, Publisher and Managing Director of 9tro, who are the Festival of Speed’s Official Media Partner, “The events under the Festival of Speed have been curated to provide a unique experience to as wide an audience as possible. Our aim is to provide an off-site racing experience in the city during the Grand Prix Season Singapore which helps bring as many car and race enthusiasts together.”

The inaugural LOR Festival of Speed is supported by Singapore Tourism Board, as a part of its GPSS umbrella of events. See banner below for all of the Festival of Speed’s current partners which include ExcelGames, 9tro, BenQ, Logitech, PAC, Monster Energy drinks and Eighteen by Three Cabins.

Tickets are available at www.sistic.com.sg/events/fos0919.