Get into a Kart in the City. 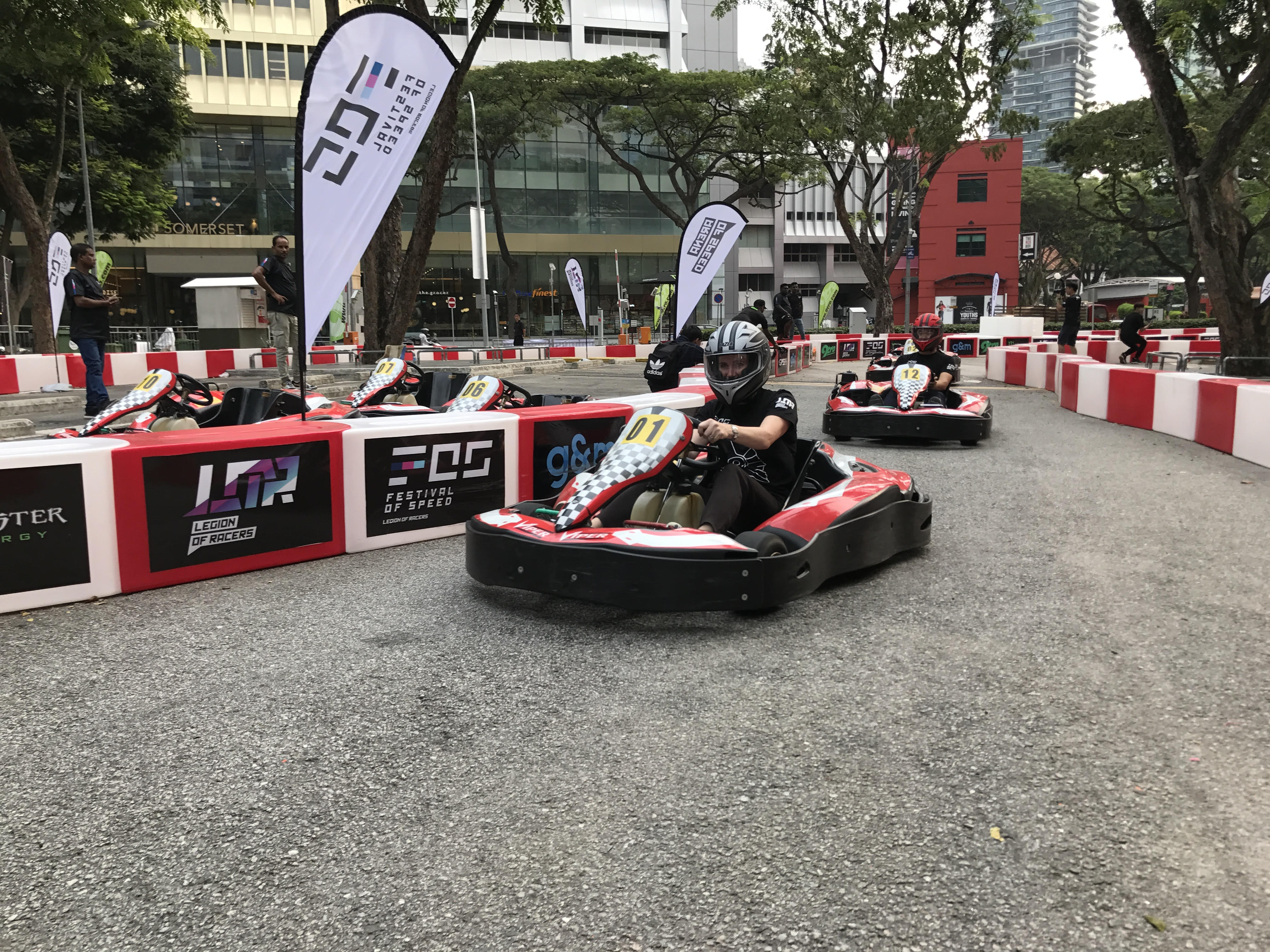 The Legion of Racers Festival of Speed Arena of Speed is up and running at the Grange Road carpark behind 313 Somerset.

Over 24 hours from 18 September, the empty carpark was transformed into a karting track complete with barricades and a chequered flag.

See time-lapse video which was posted on Legion of Racers Facebook below.

Among the guests who got into go-karts were Britain’s Ambassador to Singapore Ms Kara Owen who paid a visit to the Arena of Speed on 19 September.

Members of the public can purchase tickets for the Arena of Speed on SISTIC.