Khairul Amri calls it a day as a Lion. 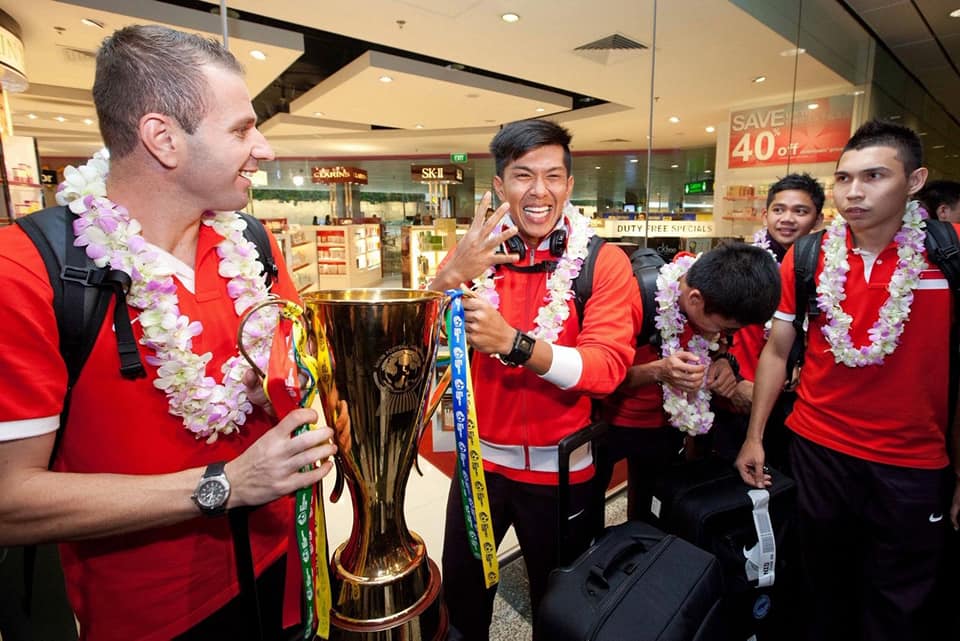 Singapore striker Khairul Amri has called it a day as an international.

In a Facebook post, the 34-year-old forward who has played 132 times for the Lions said that the time had come for him to “pass the scoring boots to our young players as I seek to spend more time with my family and focus on my club Football.”

“As a young boy, I always dream to play for the National Football Team. Watching the likes of the veterans playing, I want to feel how is it like to score in front of the Kallang crowd,” he said.

He made his debut in 2004 under Radojko Avramovic and made an immediate impact in a Lions jersey.

He was also unleashed against Indonesia in the Tiger Cup final that year and caused mayhem on the flanks which led to the Lions taking a 3-1 lead in the first leg at the Gelora Bung Karno in Jakarta.

Two years later, it was again his goal in the 2007 final against Thailand in Bangkok which secured the Lions the regional championship.

“I have given my soul every time I take on the pitch for our National Team. Every sweat that drops is for our Lions.

“I am blessed to have the support of my family and fellow team mates whom I have played over the years.”

The striker is currently turning out for FELDA United in the Malaysian Super League.