Two wins out of two for Singapore. 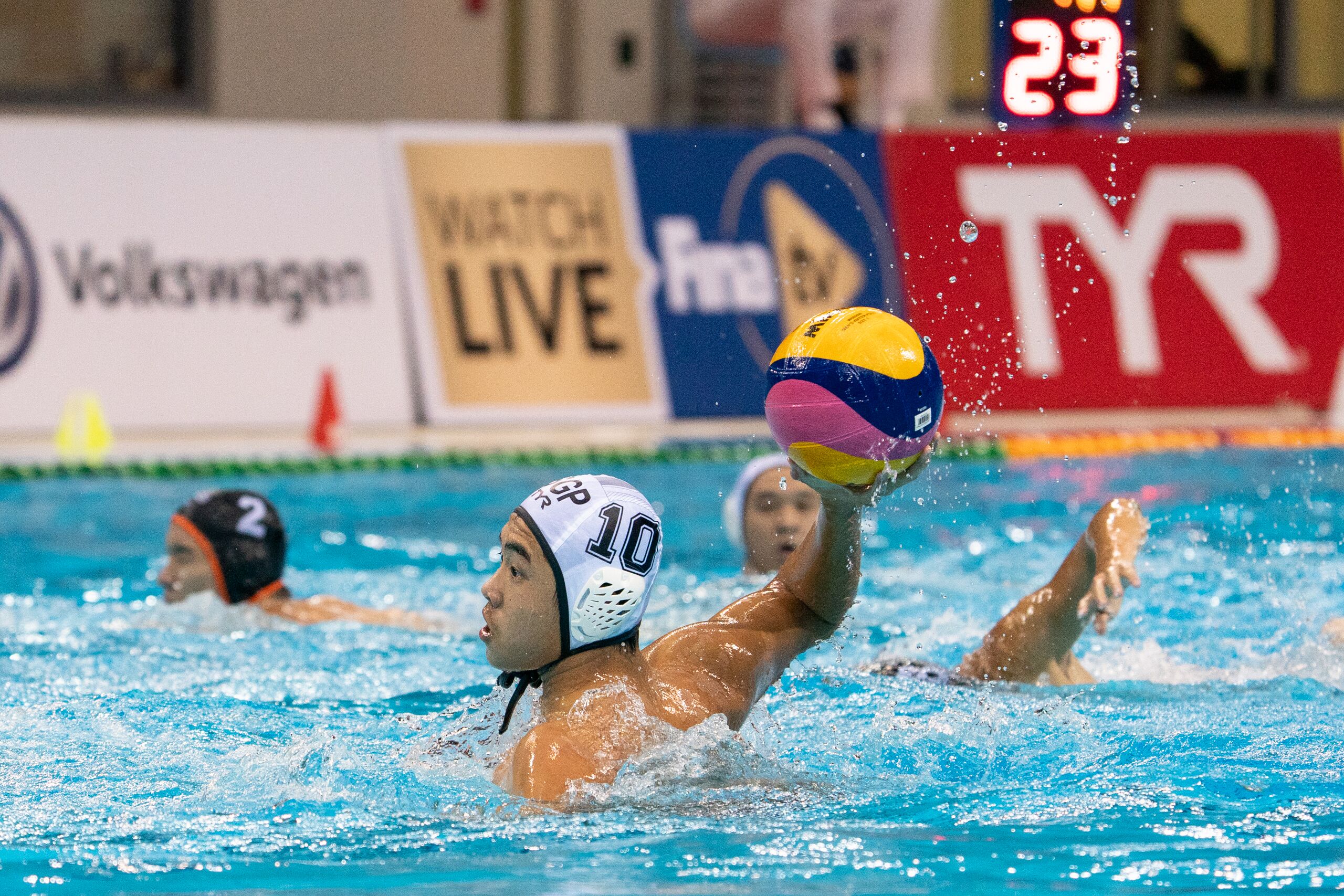 Singapore made it two wins in a row in Group A at the FINA Water Polo Challengers Cup Singapore 2019 when they beat Causeway rivals Malaysia 20-5 at the OCBC Aquatic Centre on Wednesday evening.

In a prelude to a potential match up at the upcoming Southeast Asian Games in December, the hosts raced into a 5-0 lead in the first period and extended their lead to 10-1 at half time.

They plundered another seven goals in the third period to extend their lead 17-3, before scoring another three goals in the 4th period to finish victorious.

Fresh from scoring seven goals against Zimbabwe, Lee Cheng Kang was red-hot once again in front of goal as he plundered another six goals against the Malaysians, taking his overall tally to 13 goals in the competition.

Yu Jun Jie, who won the Player of the Game, scored the goal of the game with a backhanded penalty on his way to a hat trick.

“We controlled well from the beginning in defence, we repeated some mistakes from yesterday, so we need to work on those mistakes before the next game on Friday, to lessen those mistakes so that our game will become smoother, but the good thing is that the boys are trying and they know what to do”, said Singapore Head Coach, Dejan Milakovic.

While it was much better performance by the team today, Singapore assistant coach Eugene Teo felt that were some areas that still needed improving.

The former National Team captain said, “Communication between the boys and the transition through the counter attack, they need to be more observant to who is the correct person to pass to, where you should be passing to and we should not be stopping at every counter-attack, I think these are the most  important things that we can further work on.”

Singapore will have a bye on Thursday, but there will be no rest for the team as they play a training match against Austria.