Lions go down to Saudi Arabia. 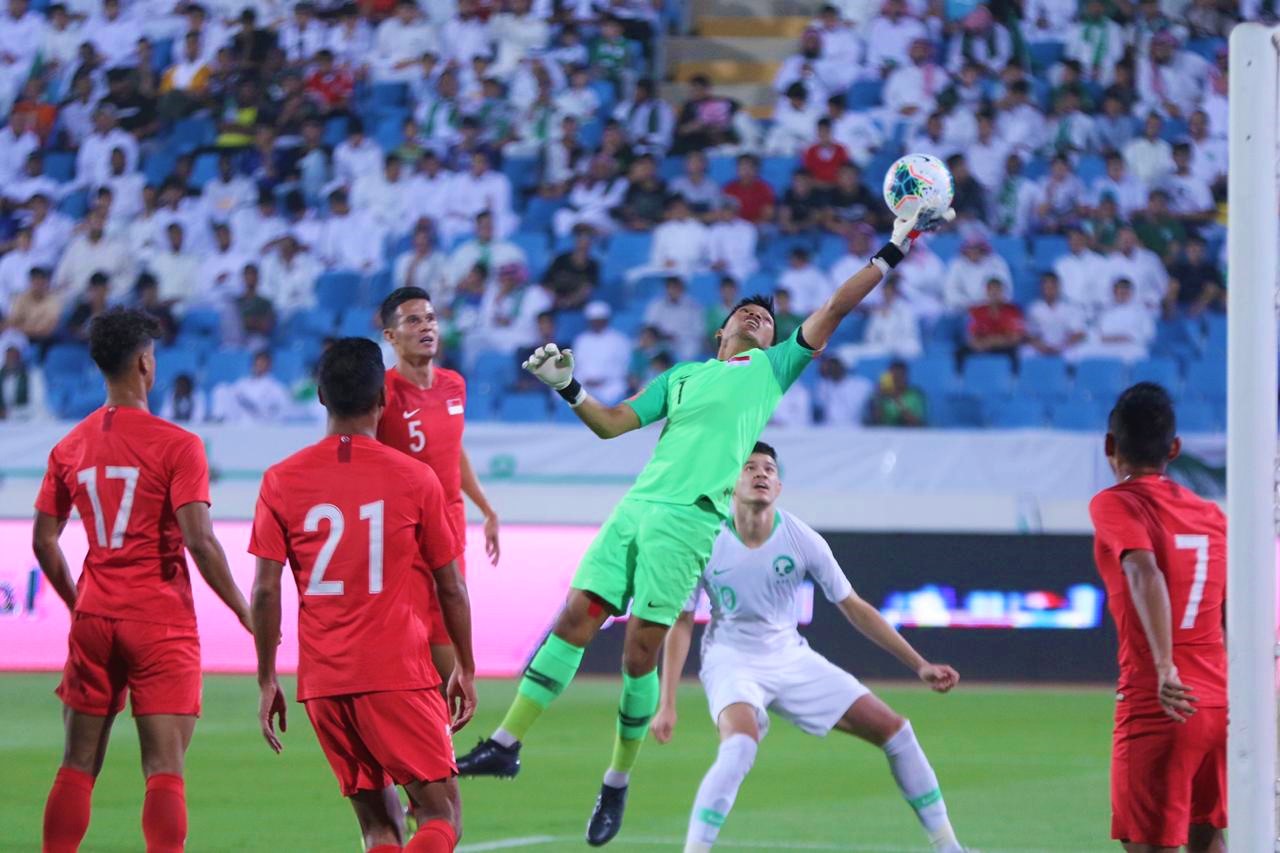 Singapore went down 0-3 to Saudi Arabia to suffer their first loss in the FIFA World Cup Qatar 2022™ and Asian Football Confederation (AFC) Asian Cup 2023 Preliminary Joint Qualification Round 2 campaign, and conceded the top spot in the group to the Saudis on goal difference.

The Lions were practically camped in their own half for most of the match and never did enough to trouble the Saudis.

It was quite clear that the strategy was to soak and counter, with the Lions opting for a five-man defence. After holding out for almost half an hour, the Saudi pressure paid off for the hosts in the 28th minute when Abdulfattah Asiri Yasser and Al-Shahrani combined well to slam past Singapore custodian Izwan Mahbud.

Izwan saved the Lions on multiple occasions, including stopping a penalty before the break to keep the scoreline respectable.

Singapore coach Tatsuma Yoshida acknowledged that the Saudis, known as the Green Falcons, deserved the win.

Ranked 87 places above Singapore by FIFA at 70th, the Saudis continued their unbeaten streak against the Lions.

“You saw the difference (in level between the two teams tonight); we wanted to get the ball higher up in attacking positions but we couldn’t. Their concentration was (at a) good level. We tried to aim for (a way to) goal but we couldn’t reach there,” he said.

Saudi coach Hervé Renard said of Singapore: “Before we scored three goals, the game was not easy… You can see that the team is able to work very well with the coach.

“I told the (Singapore) coach at the end of the game (that) tactically (they are good as can be seen from) when they used three centre-backs and then two centre-backs (in the later part of the game); they are able to change the system (well). We respect Singapore but of course, the talent of the Saudi players was better today, we had some players with fantastic technique (who made a difference).”

Despite the defeat, Tatsuma was encouraged by the Lions’ never-say-die attitude and urged them to stay positive as they turn their attentions to the fourth qualifier against Uzbekistan at home next Tuesday.

“We must try (again) in the next match; Uzbekistan is also very strong (but it) doesn’t matter, we don’t stop and we keep going,” he said. “The boys should keep their heads up. It’s normal to be disappointed…

“I know this (sort of) result happens but (we should not) worry… we must try to (get better) step by step, day by day and game by game.”

Singapore will face off against Uzbekistan at the National Stadium on 15 October.