Singapore, Ireland to battle for place in water polo finals. 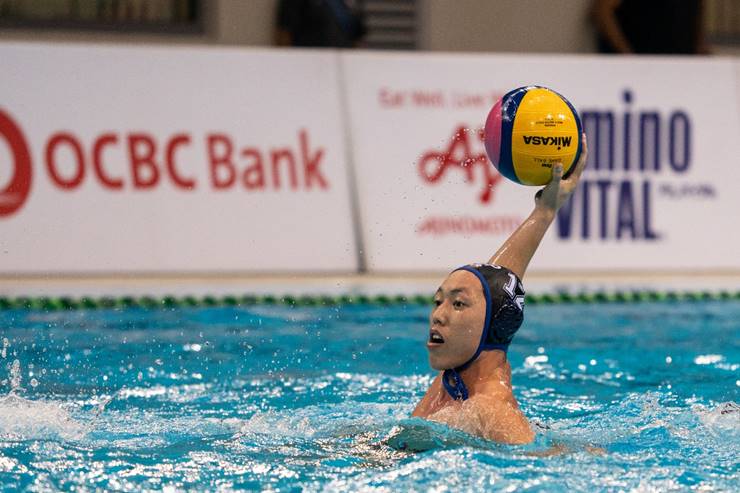 It will be a winner takes all battle on Saturday, 12 October at the FINA Water Polo Challengers Cup Singapore 2019 when Singapore and Ireland lock horns for top spot in Group A and a place in the final on Sunday.

Both teams clinched their third straight victories of the competition on Friday at the OCBC Aquatic Centre, with Ireland beating Malaysia 15-7 and Singapore overcoming the Philippines 11-7.

With the home crowd cheering them on, Singapore burst out of the blocks and two goals each by Captain Koh Jian Ying and Lee Cheng Kang saw Singapore take a 4-1 lead going into first quarter break.

However, things started to unravel in the second quarter when two missed penalties in quick succession, one by Jian Ying and one by youngster Tang Yee Heng, saw the Philippines storm back to take a 5-4 lead midway through the second quarter.

However, goals by Jian Ying, Cheng Kang and Yu Junjie settled the Singapore nerves as they led 7-5 at the half-time break.

Two goals from Junjie and Cheng Kang in the third quarter, and two more by Junjie and Goh Wen Zhe, in the fourth quarter, sealed the win for the hosts.

Cheng Kang, with four goals, finished as Singapore’s top scorer for the game for the third straight game, taking his overall tally in the competition to 17.

Singapore head coach, Dejan Milakovic, was pleased with his side’s performance despite the second quarter collapse.

“We started very well, we attacked well and everything was going smooth, but then we missed two penalties in the second quarter, and everything changed. The boys started to make silly mistakes and we literally gave them presents in the form of goals. But we controlled the result which is the most important except for the second quarter”, said the Serbian.